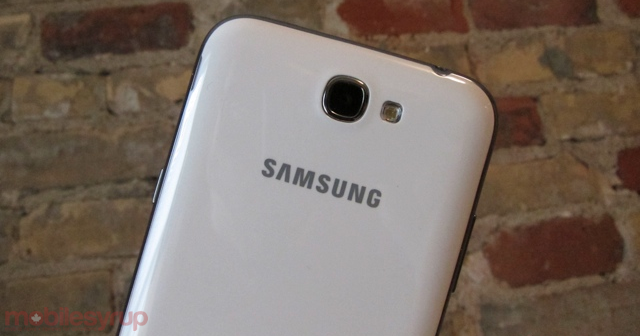 Samsung Canada sent an email to us that will bring some joy to Galaxy Note II users. The anticipated Jelly Bean update – Android OS 4.1.2 – is apparently going to be pushed through and will have Multi Window support. Unfortunately the email only noted the “upcoming availability” and there’s still no exact date. We’ve reached out to Samsung for further clarification. However, here’s the email with all the details:

The OS update (Android 4.1.2) gives customers the ability to personalize and customize their smartphone experience and interact with two apps at the same time. Samsung Canada now allows GALAXY Note II customers to change app positions within the Multi Window in addition to having the capability of using Pop Up Video while using Multi Window.

Also, included in this software update is the inclusion of both simplified and traditional Chinese language support. Easily accessible from the device’s settings menu, the software can change the language for most menus and applications and also support handwriting of Chinese characters to be transposed into text.”

UPDATE: Samsung Canada sent us this timeline on the Note II upgrade: “The Note II Update will be available through FOTA in the next week. Exact availability will vary by carrier.”