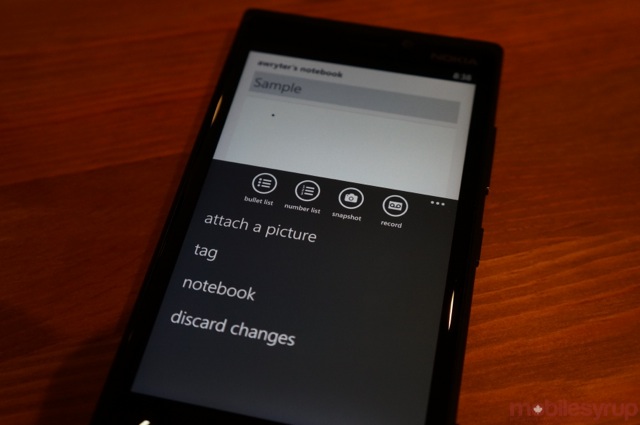 Windows Phone users used to the anemic feature list of the Evernote app can breathe a bit easier today knowing that their version is inching its way up to iOS and Android quality. While it’s still missing many of the ease-of-use features that its peers take advantage of, including rich text editing, this latest update does address a few fundamental issues.

Evernote adds lists support in its notes; specifically, users can add bullets or numbers to their work, but the app still lacks the ability to bold or italicize specific words (though you can edit bold or italic text in-line now, which is a start).

Premium users can now add four-digit key codes to protect their notes from prying eyes, while Evernote Business users can now view and add notes to existing collaborative notebooks. Evernote has really been pushing its Business and Premium service in the last six months as it aims to boost revenue prior to a rumoured IPO in 2013.