Update: Microsoft Office for iOS and Android apparently will be available March 2013 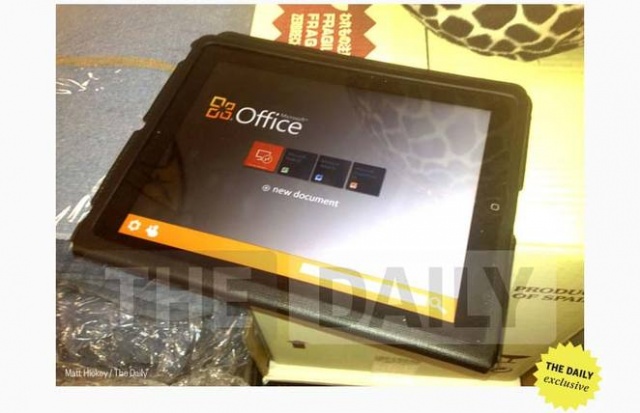 Microsoft Office app for iOS and Android have been a rumour for several months now, dating back to February of this year. There has also been hints from Microsoft that the app would make it to both platforms as a job posting for a Software Development Engineer revealed that the successful candidate would work with the Office for Mac team to help with the “design, implementation, testing of new feature work to be part of Microsoft’s next move on the Mac and on iOS.”

At a press conference today in the Czech Republic, Petr Bobek, Microsoft product manager, reportedly confirmed that the Office 2013 app for iOS and Android will make it to both respected app stores by March 2013. The press release, which is not found online, stated that “In addition to Windows, Office will be also available on other operating systems, Windows Phone, Windows RT, Mac OS, Android, iOS and Symbian,” If true, the app itself will allow users to edit Word, Excel, and PowerPoint documents.

Update: Well it looks like the app is not coming to iOS or Android anytime soon. According to a tweet by Frak Shaw, Microsoft’s lead corporate communications, he stated that “The information shared by our Czech Republic subsidiary is not accurate. We have nothing further to share.” The good news is that he stated that it’s “not accurate…” so the app could be coming a bit later than March, or simply not coming at all.