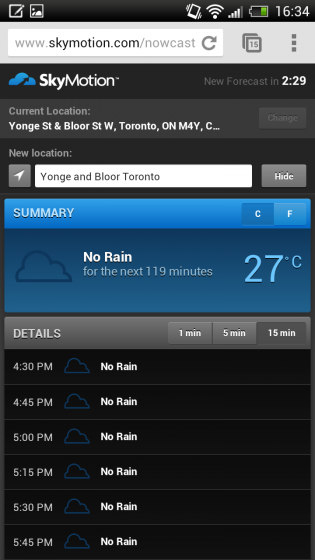 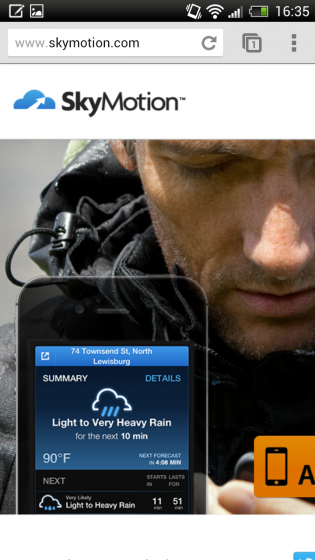 SkyMotion is a Montreal company that, after three years, has launched a mobile and desktop suite to predict up-to-the-minute precipitation. Launched recently for iOS and with an Android app on the way, today’s announcement brings a mobile web version to the table for use on most HTML5-enabled browsers.

According to the press release, SkyMotion uses “geolocation, radar observation, motion tracking and other technology borrowed from the computer graphic and video game industry… the application provides highly-localized forecasts by tracking every rain cloud’s movement over the U.S.A and Canada in real-time, automatically creating a new personal forecast every five minutes that is unique to the 1 km2 user’s location.”

It’s a pretty amazing feat and something I can see being used quite a bit in the harsh Canadian winter climate. The app is compatible within Canada and the United States.

Download the iOS version or for now, if you’re running Android, head to the mobile app to try it out.

Source: SkyMotion
Via: The Verge