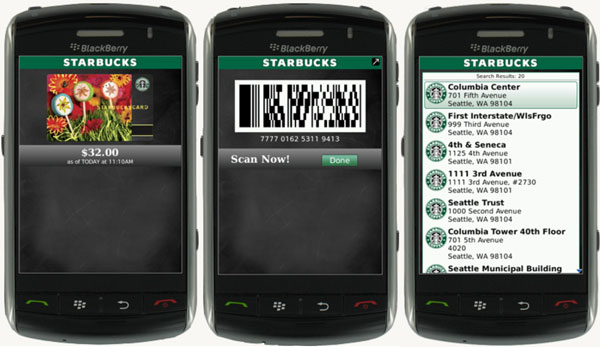 Last October Starbucks stopped new downloads of their Starbucks Card Mobile app for BlackBerry. The app was basic compared to the iPhone and Android versions as it only allowed you to check balance, find stores, and reload your card, not pay. At the time they stated that “We’re currently evaluating support for the BlackBerry platform and will no longer be offering our current application to new users.”

Certainly unfortunate news for the 78+ million users out there, but an email went out to those who have the app downloaded informing them that support will be discontinued effective August 28th. The reason was probably like others who have recently decided to end BlackBerry support, stating that there aren’t enough users to maintain the app.

Hopefully this changes when RIM brings the BlackBerry 10 OS to the world.