Google officially announces the Nexus 7 tablet, here are the specs

It was expected to happen. There she is everyone… Hidden within Google Play is an image of the “Nexus 7” tablet. It’s similar to the leaked image from earlier this week, but since it’s on Google you can be sure that an official announcement is on its way. Taking a look at the back of the tablet reveals that ASUS is indeed the manufacturer, plus that it’ll be a 7-inch tablet with OS 4.1. In addition, it looks like there’s 6 apps on the doc that include access to the Play Store, Chrome, YouTube, Maps, Music and home button. 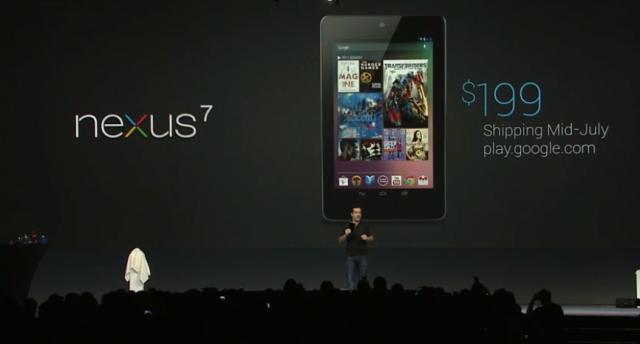 Update: Google has officially introduced the Nexus 7. The price as expected is $199 for the 8GB and shipping to Canada mid-July (along with the United States and Australia), plus they’ll give you a $25 gift card to spend at Google Play Store and the Transformers Dark of the Moon movie, Borne Dominion book. Here’s the official specs: 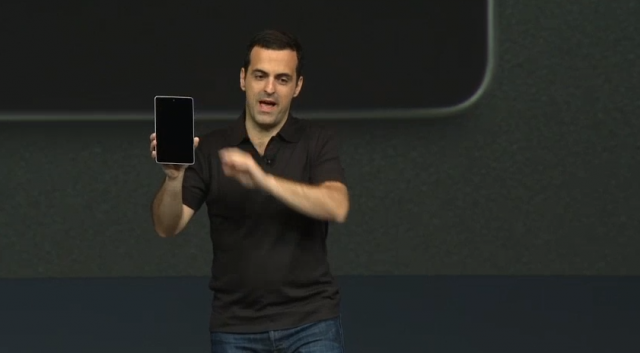 Source: Google Play
Via: The Verge