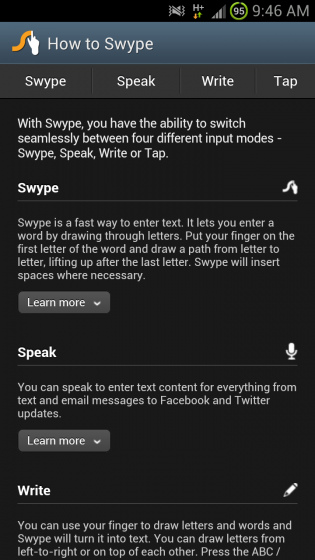 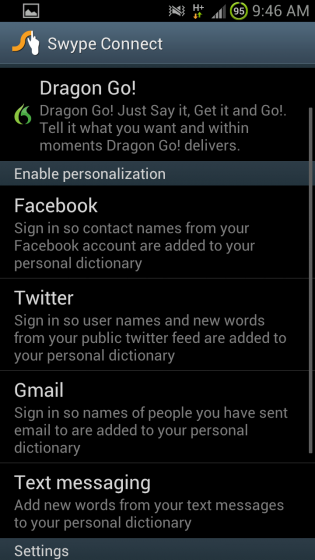 Swype has always been one of the best keyboards available on Android (and Symbian, mind you) and the beta has been updated today with some pretty major features. Nuance, the dictation company that purchased Swype last year, has done a great job integration its own services into the mix, such as voice typing using Dragon Dictation.

The new beta brings cloud-synced dictionaries, so your added words will be kept current across devices. This is very convenient for those who either have two or more Android phones or a phone and a tablet and want to maintain concurrent dictionaries. There is also a new four-in-one writing mode: you can either use the traditional swipe between letters method, but also rapid typing with Nuance’s XT9 patents.

You can also, as previously stated, talk to your phone, as well as draw letters much like Palm’s old Graffiti feature. Lastly, you can now log into your various social networks to have Swype interpret your most commonly-used words. This is very similar to SwiftKey and has actually helped me quite a bit.

Check out the whole kit and kaboodle at Swype.
Via: Engadget