iOS 6 Maps data confirmed to be powered by TomTom 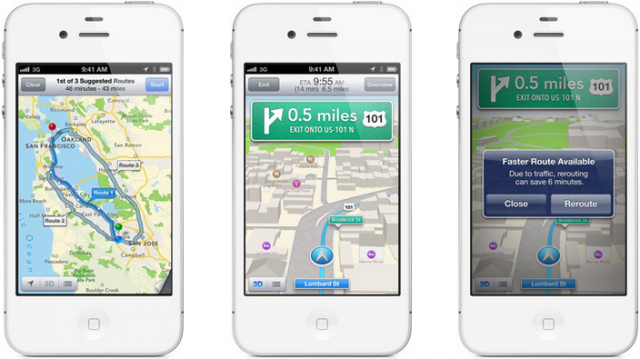 TomTom has, reluctantly as all Apple licensers do, confirmed that it has licensed much of the mapping details in iOS 6’s Maps application. While the general details aren’t known — pricing or the number of years will likely never be announced — it was thought that Apple would either obtain build their own database, or acquire a company who already had one.

Besides TomTom, the two other companies who have worldwide mapping services are NAVTEQ, which is owned by Nokia and is used by Garmin and others, as well as Google, to whom Apple showed the door yesterday during the iOS 6 keynote. Google was not only the butt of many jokes, but Apple made it abundantly clear that they would be phasing out Google services at every possible stage.

TomTom’s revenue and profit has also suffered in recent years from poor GPS unit sales, as people move from dedicated car mounts to either smartphones or built-in solutions. The licensing agreement will certainly give the company a steady revenue boost, though we’re thinking they may be a better acquisition target for Apple than anything else.