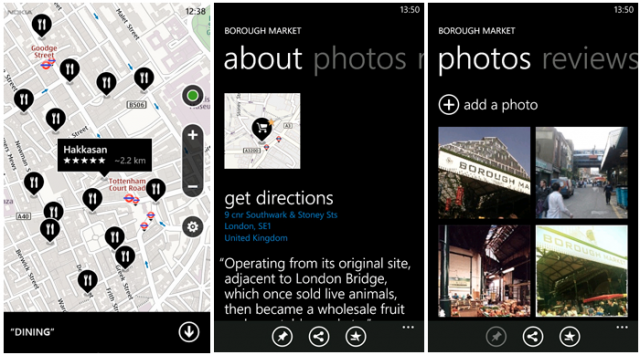 Microsoft and Nokia have been in a “strategic partnership” for well over a year now. This brought Windows Phone to Nokia devices as its “primary smartphone strategy”, plus in turn saw Nokia Maps become “a core part of Microsoft’s mapping services.”

This past January Stephen Elop, Nokia’s CEO, gave a bit of an insight into the future of Nokia Maps and Bing Maps by stating that “Part of the relationship we established with Microsoft is that we are clearly placing a bet on the Windows Phone platform. [In return] they are placing a bet on our location-based platform: mapping, navigation and so forth. In the time ahead, what you will see is, across all the Microsoft properties including Bing maps, more and more work will be done by Nokia.”

New rumours today reveal that Microsoft’s Windows 8 OS will see the full transition occur of Nokia Maps replace Bing Maps. That’s expected and really not new, but to keep up with Google Maps and Apple’s new Map app in iOS 6 will see Nokia introduce 3D maps, plus make it available to users offline. In addition, another rumour is that the Microsoft-owned Skype, which has over 200 million registered users, will be fully integrated into your contact book.

We might see these new features next week as Microsoft has planned an event that will show off “the future of Windows Phone.”