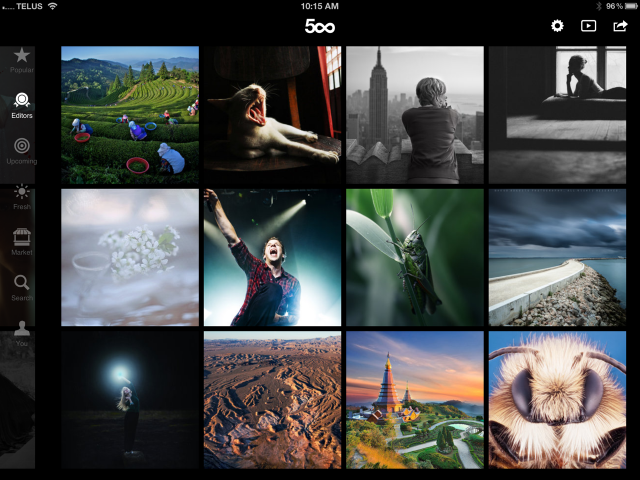 500px, the popular photo-sharing platform that just released an Android app, has updated its iPad and Android apps to reflect a change in its user patterns. All content that would be deemed family-inappropriate has been hidden by default.

Never a community to shy away from tasteful nudity or thoughtful expressions of violence, the public nature of tablets has been impetus for the change: users logged in to their web accounts can still view the same content online or explicitly re-enable it for the mobile apps. I believe this is the right move: despite the relatively tame nature of the nudity, its ubiquity was a potential source of embarrassment for some users. What’s interesting is that in previous iterations of the iPad app, one could disable such content in the Settings, but the filter was off by default.

Tchebotarev confirmed that the filtering was added to the 500px Android app in its latest update.

Download the 500px iPad or Android app if you haven’t already.