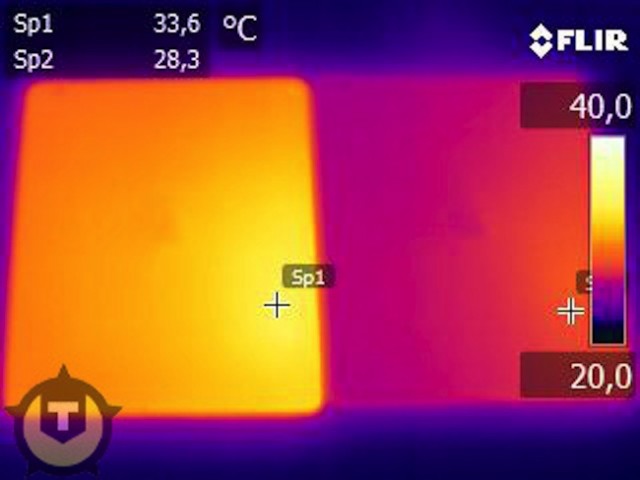 One of the first things I noticed when using the new iPad was how much hotter it gets during regular use. Specifically on the right side between the bottom and the middle of the chassis. Now I know I didn’t get a faulty unit — turns out that’s just the way it is.

A team at Tweakers.net took an infrared thermometer to both the new iPad and the iPad 2 while doing a GPU-intensive benchmark and found an 18.7% discrepancy between the hottest areas on both devices. Turns out the new iPad maxes out at 33.6 degrees Celcius, while the iPad 2 goes up to a comparatively cooler 28.3 degrees. Their findings corroborated my experiences, as the hottest part on both tablets was the lower right corner near the processor.

What’s interesting to note, however, is that the new iPad uses the same CPU as its predecessor, and differs only on the GPU side. The PowerVR SGX543MP4 is also present in the Playstation Vita, which has no reports of heat issues. The high-density display in the new iPad, along with the larger battery and the general snugness of the components together is probably the likely explanation, but the real question is whether the new iPad is uncomfortably to hold for long periods of time. That is an individual decision, and something that can be mitigated with a case.

Do you think we’ll see another Antennagate over the new iPad’s heat issues? Will Apple be giving out iPad cases to mitigate the problem? Only time will tell.

Update: Apple has come back with the following statement regarding the new iPad heat concerns “The new iPad delivers a stunning Retina display, A5X chip, support for 4G LTE plus 10 hours of battery life, all while operating well within our thermal specifications. If customers have any concerns they should contact AppleCare.”

Update #2: Consumer Reports has released an article detailing how hot the new iPad gets under heavy usage. They said that the device heats up to 116 degrees Fahrenheit (46 degrees Celsius) when playing Infinity Blade II plugged in, and even worse, it continues to use battery during intense usage. When unplugged, the device heats up to 113 degrees (45 Celsius). They say, “I held the new iPad in my hands. When it was at its hottest, it felt very warm but not especially uncomfortable if held for a brief period.”