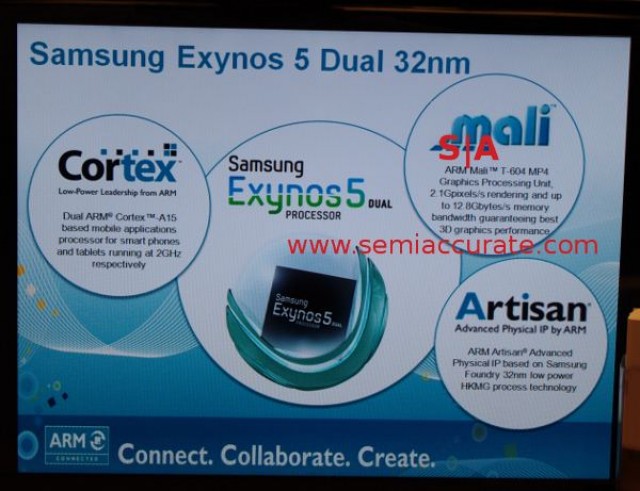 If you’re no longer down with ARM’s Cortex-A9, Samsung has some schooling for you. Its upcoming Exynos 5 SoC series is going to be based on the dual- and quad-core Cortex-A15 template, with much better thermal dissipation per transistor, speeds up to 2Ghz on each core, along with a quad-core Mali T604 MP4 GPU with 12.8 Gigabytes of memory bandwidth.

If you don’t know what any of that means, don’t worry. It means that Samsung’s 2013 chipsets are going to be blazing fast — likely twice as fast or more than what your phone is running now — with optimal battery life.