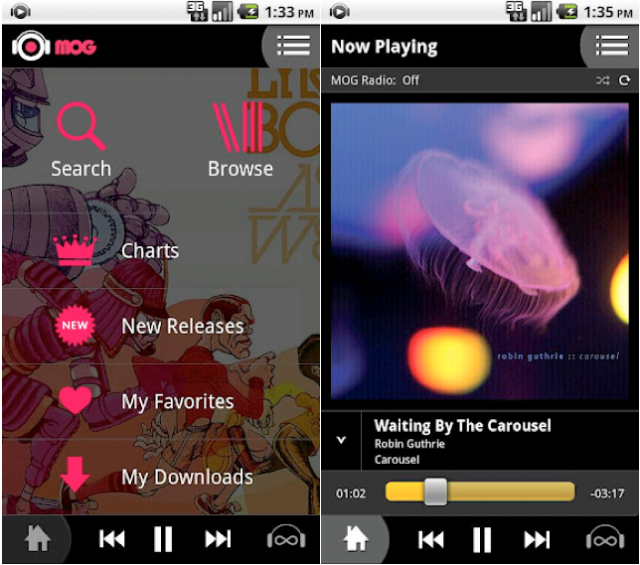 A month ago it was rumoured that HTC was on the verge of announcing their intentions of creating a new music streaming service. Apparently HTC had already lined up a partnership with Interscope Geffen A&M Chairman Jimmy Iovine, also a partner in Beats Audio, to help bring other record labels on board. This service was expected to be pre-loaded in their upcoming smartphones and tablets. However, to-date nothing has transpired.

New rumours today have Beats Audio and HTC in talks to takeover music streaming service MOG. According to both Business Insider and GigaOm sources they state that the deal was signed last week. Of course MOG declined to comment on the rumour and said that “We’re always looking for the best opportunity for our business and shareholders, but don’t comment on specifics of those conversations. Nothing to confirm at this time”.

MOG was started in 2005 by David Hyman and currently has over 500,000 active users. No other details of the possible acquisition were listed, such as the sale price. MOG competes against other streaming services like Spotify. Unfortunately just like Spotify, MOG is not yet available in Canada.

Update: AllThingsD is reporting that Beats is buying MOG, but the deal has not closed yet. “Headphone-maker Beats is purchasing music subscription service MOG, according to multiple sources familiar with the deal. But the deal hasn’t closed yet”.