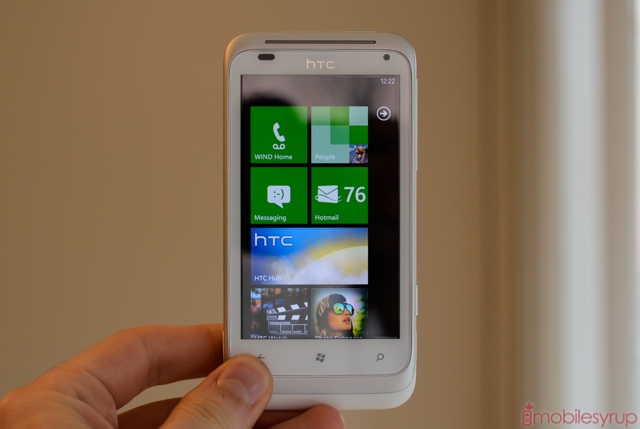 Being WIND Mobile’s first Windows Phone, the HTC Radar is probably the best choice they could have made. Released last year on T-Mobile in the United States, the Radar may not be a spec powerhouse, but for $399 it is good value in an attractive, well-constructed package. While some users may be reticent to switch over to Windows Phone, existing WIND users may find solace in the new platform where lower-end Androids fail to deliver.

Is the HTC Radar a good choice for you? Read on. 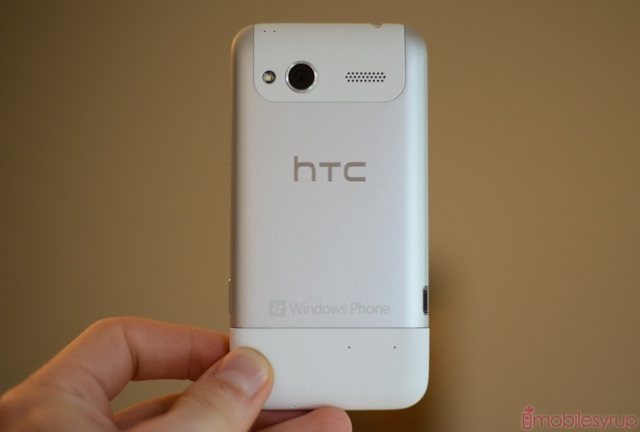 Design & Display
The Radar is compact, fairly light, and solidly built. With a Gorilla Glass front panel and a single piece of aluminum outfitting the sides and back, the device feels like extremely sturdy in the hands. It’s light, at 137g, but not feebly so, and the overall size allows it to slip into a pocket or purse with ease.

Its screen is not great, especially when compared with the Lumia 800. While HTC has done some amazing things before with its Super LCD technology (just look at the Incredible S, Amaze 4G and Raider) this is not one of their best efforts. While colours are accurate and contrast is decent, there is a huge space between the glass and the LCD panel itself, leading to excessive reflections, poor viewing angles and low visibility in direct sunlight.

The chassis, on the other hand, is very well made, with the only exception being the plastic latch on the bottom which covers the SIM card slot. The entire phone is made up of a brushed silver aluminum, with two areas of white plastic at the top and bottom which house the antennas. Such a colour scheme may not work for some due to lack of contrast, but I like it very much. The phone is compact without being small, and for a mid-range product feels decidedly premium in the hand.

Its buttons, too, have great feedback. Precise, with excellent travel, the Radar feels very satisfying to use. The two-step camera shutter, especially, is one of the best I’ve used on any phone.

For a size comparison, the Radar is slightly taller and thicker than the iPhone 4S, but around the same width. 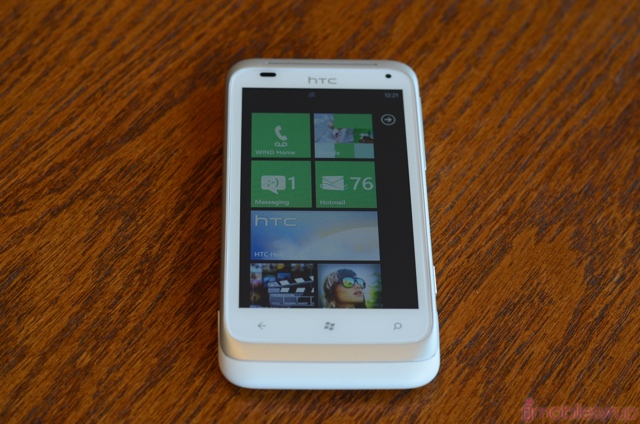 As one would expect from a single-core processor, the sheer speed of the Radar has been surpassed by three generations of iOS and Android devices. But apparently no one told that to Microsoft, who appear to be able to create a functional, smooth and attractive smartphone experience from these “ancient” SoCs. To be fair, we’re not engaging in any seriously taxing 3D gaming or 1080p video decoding, but Windows Phone Mango can hold its own.

Unlike the Lumia 800, which I faulted quite heavily for not being up to the task of its iOS or high-end Android peers, I cannot and should not do the same for the Radar. A device which, even last year, was considered mid-range, it falls into WIND’s line-up not as a thoroughbred, but a trusty pony: staid, ready to work, and tireless. The Radar can, like the Lumia, only record video at 720p; it stutters occasionally when scrolling through long lists; and, worst, its IE9 browser is ponderously slow, though extremely smooth once everything is loaded.

This is the Windows Phone parallax: a bizarre amalgam of 1:1 touch precision, achingly slow app load times and unique, though uniform, design qualities. All this is to say, I cannot fault the Radar for its performance without implicating the entire OS and every phone on which Windows Phone runs. Unlike Android, there is little performance differentiation among these devices, though I did notice a slight drop in overall speed coming from the 1.4Ghz MSM8255 in the Lumia 800 to the 1Ghz variety in the Radar. 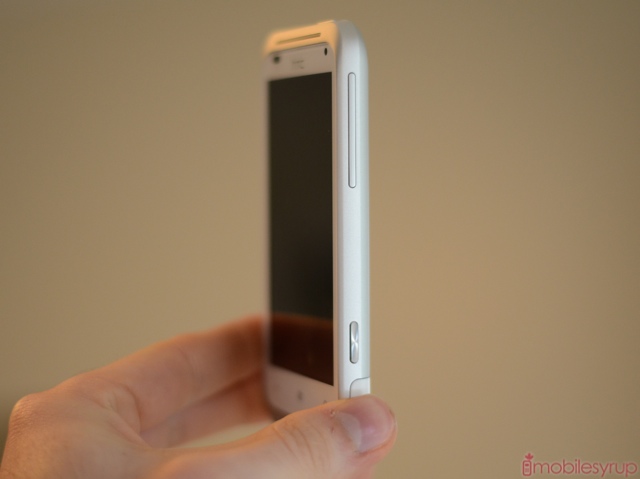 The Radar runs the latest version of Windows Phone Mango, 8107, and comes with a couple interesting pieces of (removable) software.

First, HTC Watch is a lovely way to consume media. Early on the selection was poor, but now you have movies hitting Watch at the same time as on iTunes. Films such as Hugo, Young Adult and Transformers: Dark of the Moon are available, as well as some fare from independent distributors. They can be purchased for between $14.99 and $19.99, and rented from as low as 49c, and if you make the purchase on the Radar, it carries through to any other compatible device, including a number of HTC tablets like the Flyer and Jetstream.

Quality is good, though limited to 720p for obvious reasons. Space concerns seem real here, though, as the Radar only contains 8GB of internal storage, and cannot be augmented with a microSD card. That should only leave space for around four feature-length films. TV shows can also be purchased, though only by individual episode, and at $2.49 each it would be far cheaper to purchase the entire season from iTunes or Best Buy.

The HTC Hub is the company’s way of producing an app that tries to mimic the time/weather/news/stocks widget combo from Android, with little success. The app has a Live Tile that shows local weather based on your GPS location. Functionally, it works as most Windows Phone apps do: you slide horizontally through the screens, in this case weather, news, stocks and Featured Apps. It’s slick and looks good. 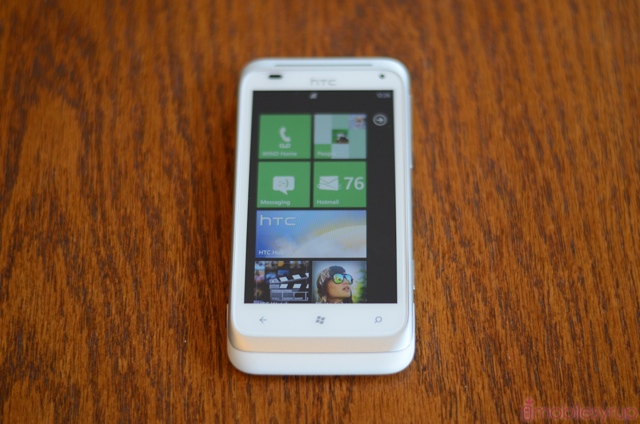 Photo Enhancer, Locations, Connected Media and Notes are pretty self-explanatory, though it should be mentioned that Locations does not, as I originally thought, provide turn-by-turn navigation. Instead it is a sort of “trip journal” where you can leave “footprints” of your travels through photos and map locations. You can indeed get written directions through Bing Maps, as you would on any other non-Nokia Windows Phone, but the app in its current form is of limited use to most people.

Connected Media is a DLNA-capable media sharing center, allowing you to stream on-board music, video and photos to a compatible television or computer. Photo Enhancer applies preset filters to existing photos, but can’t even share them from within the app. It just saves the new photo to the Camera Roll.

One nice inclusion, which has admittedly nothing to do with HTC directly, is Tango, a VoIP/video calling app that is preloaded on the device. Because Mango brought support for front-facing cameras, Windows Phone devices have been slow to adopt the rather esoteric video calling features outside FaceTime, but with the release of Skype for Windows Phone beta, the Radar’s FFC should stand it in good stead for the future.

Most of these apps, except for Watch, seem like de facto filler, less real apps than just stubs so that the home screen wouldn’t look bare. Few of them will be used, especially since they can all be uninstalled and replaced with better third-party equivalents.

HTC did a good thing in allowing for Mobile Hotspot support out of the box, making it one of the first Canadian Windows Phones with such abilities.

As a whole, I really like Windows Phone, and the more I use it the more I can see its potential. Though limited in number and typically of lower quality than their iOS or Android equivalents, the Radar had no issues running the apps I threw at it, and proves that you don’t need a powerhouse smartphone to be productive. 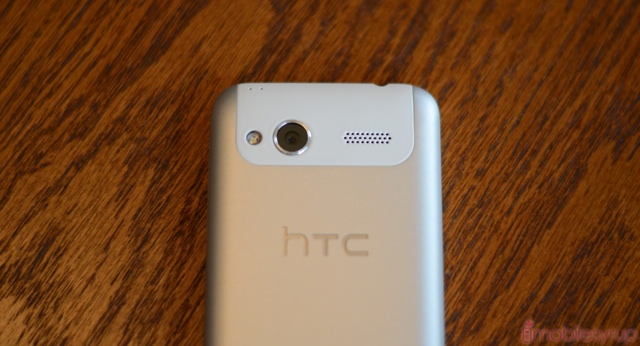 The Radar was one of the first products of HTC’s renewed focus on photography. As such it is outfitted with a 5MP camera, a Backside Illuminated sensor and f2.2 lens for better low-light shots. Mostly, though, the Radar is quick, taking with an “off-to-shutter” speed of just over one second. When already turned on, the shutter takes photos in around 0.4 seconds, and with the optional burst mode, the phone can take five photos in one second. 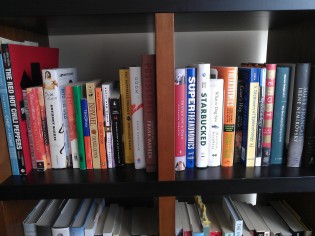 Colours are accurate, though a little bit subdued, with a good amount of detail. You can manually adjust focus by tapping on the screen, while ISO, white balance and tone can be changed from within the menu. The flash, as with all phone cameras, is anemic and largely worthless except for shooting right up close, but thankfully when used it does not usually wash out the subject.

The device comes with a panorama mode as well, and can create some remarkable images from the steady-cam stitching technique.

Video, though limited to 720p, is detailed and quite smooth, with excellent image stabilization. Overall, the Radar provides one of the most enjoyable out-of-box camera experience on Windows Phone. Though the quality does not quite rival the Carl Zeiss lens on the Lumia 800, it handily beats the Lumia 710 and most other first-generation Windows Phone devices. 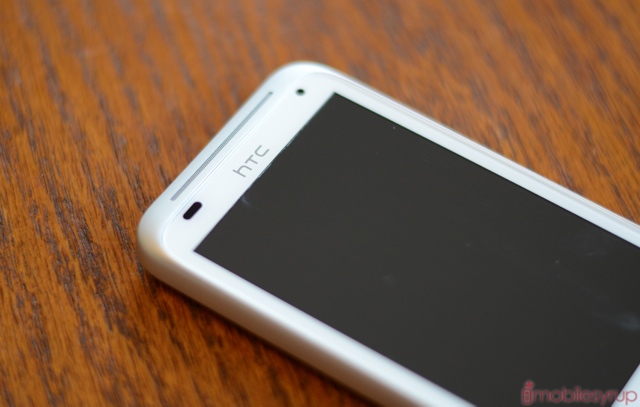 Battery life on the Radar is quite good, with a 1520mAh battery taking the brunt of the usage. Subjectively, I was easily able to get through an entire day of near-constant usage, as the cell is plenty big enough for the sipping propensities of the SLCD display, single-core processor and efficient OS.

I was able to power through an impressive 7 hours 49 minutes of video looping, making it one of the longest-lasting Windows Phone devices I’ve used.

In terms of network speed and quality, there is one thing to consider: WIND employees a Home and Away status on its network, which differentiates between domestic and roaming areas. Once out of a Home area, the Radar considers that roaming in general; there is no way to distinguish domestic and international roaming at this point. What that means is if you want your Radar to fall back to Rogers EDGE (as all Wind products do) when outside a Home area, it will, by default, also roam anywhere else in the world with an agreement. A patch is coming later this year to add the option of distinguishing between local roaming such as WIND Away and international roaming such as T-Mobile in the States, but until make sure to turn off roaming in the Settings if you want to prevent unnecessary charges.

The phone supports 14.4Mbps downlink and 5.76Mbps uplink, so it is considered a “4G” device, which is prominently displays on the top-left of the screen at all times. However, average speeds are closer to 1.5-3Mbps down 0.1 – 0.8Mbps up.

As for call quality, WIND has always been the superior to Mobilicity – in my opinion – in terms of call quality, and the Radar does nothing to sway that feeling. Calls came through clearly, with no apparent sibilance or “far-away effect.” There is a mono loudspeaker on the back of the device that does an OK job at projecting voices, music and video, but I’d recommend sticking with headphones or a Bluetooth headset if you’re going to be going hands-free. 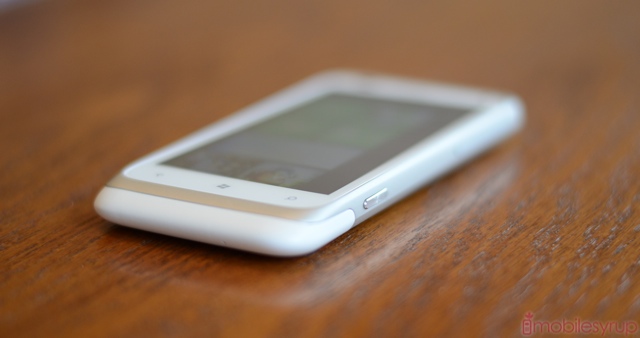 I like Windows Phone and the HTC Radar. I think they’re both a solid 7/10, and that’s where I’ll leave this. For $399, the Radar is, in my opinion, a bit overpriced, especially since you can procure the almost-as-good-and-in-some-ways-better Nokia Lumia 710 for $250 on Rogers. But if you’re already a WIND customer and are having issues with your Android phone, or just want the next best thing to an iPhone without spending the money, the Radar is a great bet. 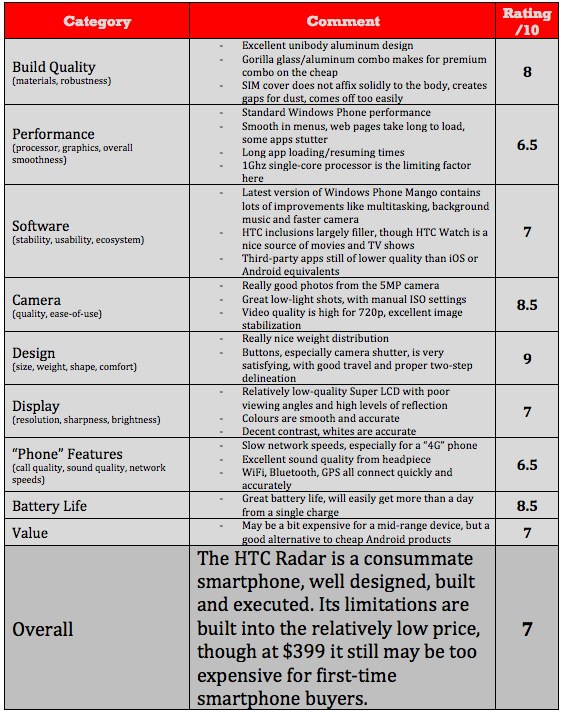