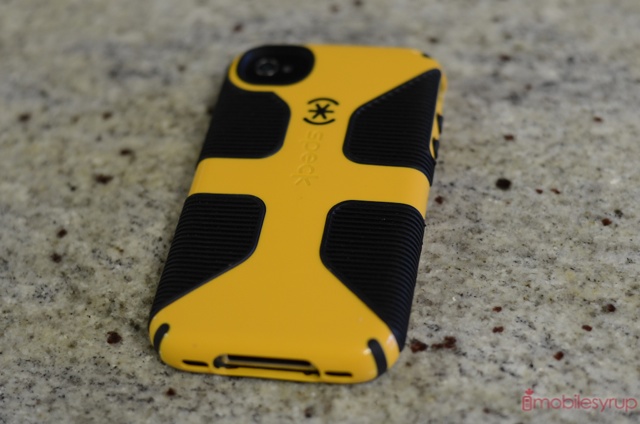 There are cool accessories that you admire and think, “this would be great for someone else,” and there are ones that finegle their way into your life and don’t let go. The Speck CandyShell Grip is one such case for the iPhone 4S. From the moment I placed this on my device it hasn’t left it.

Through six-foot drops, snow puddles and various other mishaps, the Grip has managed to not only protect my iPhone 4S but enhance its daily usability. I credit that to three things, so let’s take a look at it and see if it’s right for you. 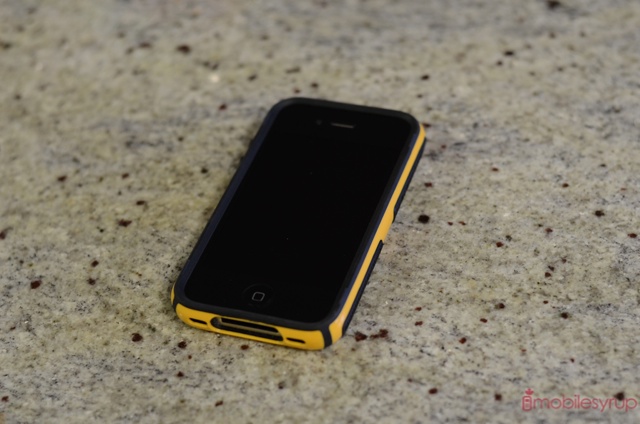 When I first held the case it was clear to me that the Grip is aimed at gamers and “rough housers,” those sporty types that don’t mind kicking around their iPhones a little bit. There are four rubber portions positioned to allow for maximum fealty when holding device in both portrait and landscape mode. 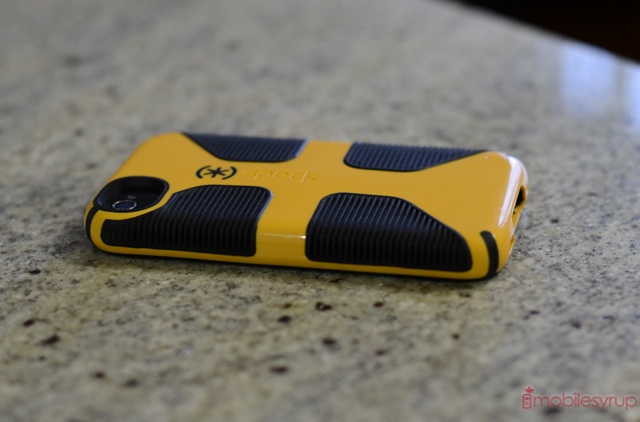 The ring around the CandyShell simulates a bumper by adding a few millimetres of rubber between the face of the iPhone and the ground. This ensures that if the phone happens to fall on its face it will not scrape against the floor as it moves. Even better, because of the rubber perimeter, it is less likely to skid. Thanks friction.

Despite looking like two separate pieces, the Grip is a single amalgam of hard plastic and etched rubber. The combination may not appeal to the design purists in the crowd — it is fairly “busy” and not the least bit professional-friendly, but what it lacks in business flair it makes up for in audacity. Available in five colours — yellow, red, blue, white, and black — my yellow sample has kept its shape despite my best efforts. 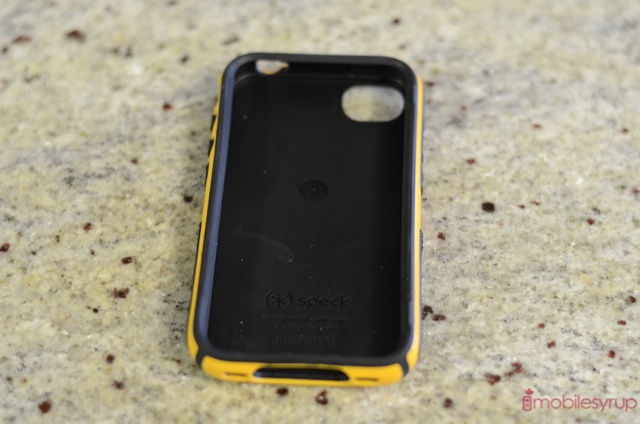 Speck has chosen to leave the charging and headphone ports open, while covering the power and volume buttons, which I think is smart. One of my most vocal complaints with the Otterbox Commuter series is its tendency to needlessly cover the iPhone charging port, requiring you to remove a stubborn flap of rubber. I find Speck’s choices to be a happy medium, as the volume buttons protrude just enough to be easy to press. 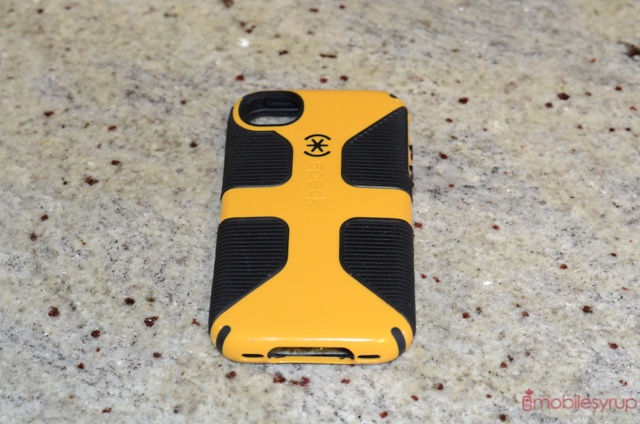 My only issue with the CandyShell Grip? The diffusion ring around the camera is large enough to attract a significant amount of dust, like mosquitos to an oil lamp. I find myself having to daily clean that area. The case also adds a modicum of width to the iPhone 4S, forcing you to readjust the way you hold it when typing.

The Speck CandyShell Grip is immediately one of my favourite “sport” iPhone 4 and 4S cases, and can be had for $34.95. 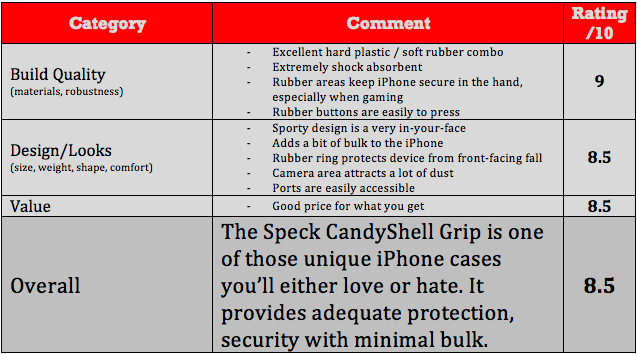