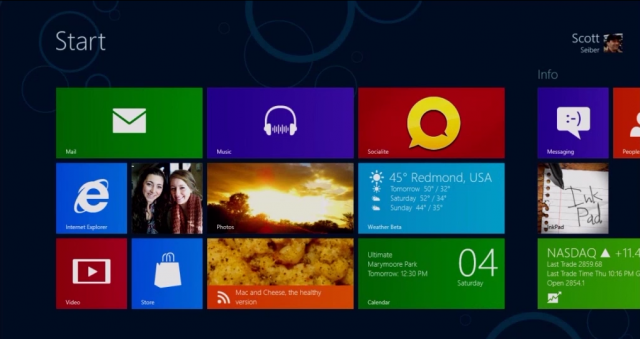 Steven Sinofsky of the Windows 8 team has detailed, in an astounding 8600-word blog post, everything one needs to know about the upcoming Windows On ARM, or WOA, release. A developer preview is expected to be released with the x86 Consumer Preview on February 29th, and he shared some important details about the release.

Windows on ARM is going to be compatible with current ARM infrastructures (Cortex A9, A15, etc), such as chips used in iOS and Android tablets. As a result, much of the codebase is not reusable and existing Windows apps will not work, period.

The final release is to come pre-installed with a selected number of first-party applications such as Word, Excel, Powerpoint and OneNote, all developed specifically for touch interfaces. All other apps will be downloaded from the upcoming Windows Store, and must be compiled to work explicitly with ARM. Think of this as the end to the “If it worked on Windows XP, it will work on Windows 8” era.

Developers can create and release apps both for branches of Windows 8 — x86 and ARM — but they must meet the compiling requirements for both independently. Windows on ARM will also not be distributed through retail channels, nor will images be available for purchase; they will be distributed as firmware images built for specific hardware, much like different versions of Android are incompatible with one another. Sinofsky writers, “With WOA you can look forward to integrated, end-to-end products—hardware, firmware and WOA software, all built from the ground up. Over the useful lifetime of the PC, the provided software will be serviced and improved.” This means that any upgrades will be a collaboration between Microsoft and the OEM, much like we see in Android today. This has both its advantages and disadvantages, since software tailored to specific hardware tends to work better, but upgrades also take longer to be released.

A curious change, and one that will likely be embraced by existing smartphone users, will be a lack of an explicit “sleep mode.” Instead, Sinofsky explains, when the screen is off the hardware will enable a “Connected Standby” state, which lasts for weeks.

Finally, how does he defend his decision to proscribe existing Windows apps from being ported to WOA?

“If we enabled the broad porting of existing code we would fail to deliver on our commitment to longer battery life, predictable performance, and especially a reliable experience over time. The conventions used by today’s Windows apps do not necessarily provide this, whether it is background processes, polling loops, timers, system hooks, startup programs, registry changes, kernel mode code, admin rights, unsigned drivers, add-ins, or a host of other common techniques.”

This will be a smart decision in the long run, but in the short term it will mean a dearth of apps available to download or purchase. Let’s hope Windows developers see the financial potential in porting their apps to ARM; Apple has found success with its Mac App Store, and that caters to a fraction of the same market. Whether WOA will catch on in the age of the iPad is a question everyone is waiting for an answer to.