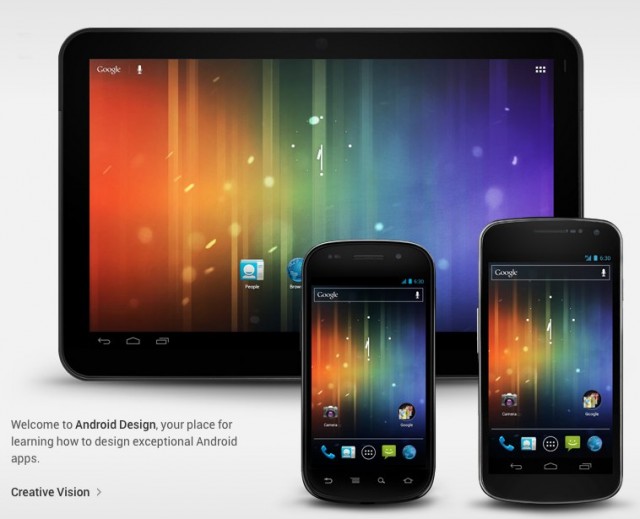 It’s no secret that Android developers have a harder time adapting their apps to work ably on the myriad screen sizes and resolutions presented by the various manufacturers.

Google is trying to alleviate some of the pain by introducing Android Design, a simply-yet-comprehensive walkthrough for prospective designers, giving tips on the best aesthetic decisions when creating apps for Android 4.0 Ice Cream Sandwich.

The website itself is tasteful and very “Roboto,” focusing on elements such as Style, Patterns and Android Building Blocks. While not aimed at the mainstream user, it’s nice to know that Google is emphasizing beauty as well as function for app developers upgrading their apps to Android 4.0 compatibility.