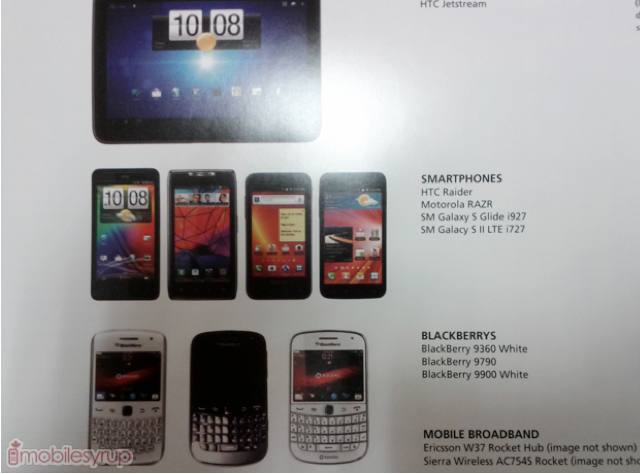 Rogers has released a few devices over the past few weeks, mainly LTE-enabled that were “firsts” in Canada. These LTE devices are all Android-powered and are basically their flagship Q4 devices, but on the plan also are a few BlackBerry smartphones. The BlackBerry Curve 9360 was released a couple months back and will be refreshed in a new White colour. In addition, the Bold 9900 will be getting the same treatment in white too. Finally, similar to the leaked documents from WIND, TELUS and Koodo Mobile, Rogers will also be launching the Bold 9790 – this is the mid-range BlackBerry that has a full QWERTY keyboard and a touchschreen. There’s no indication yet on the prices point or when these will be widely available, but you can probably count on them hitting store shelves and online within weeks.