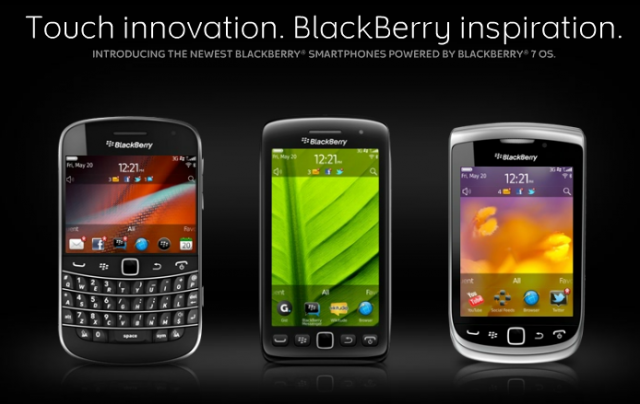 The BlackBerry Bold 9900/9930 was already unveiled at BlackBerry World in May and today RIM officially announced a couple more devices, the BlackBerry Torch 9810 and the BlackBerry Torch 9850 and 9860. In a press release this morning RIM stated that this is the “largest global launch ever and more than 225 carriers” and these new smartphones “will begin to be available from carriers around the world starting later this month”. Over the past few weeks there has been leaked docs/confirmation from Rogers, Bell, TELUS, SaskTel, Virgin, Mobilicity and WIND. Today, I’m sure we’ll hear official availability and pricing from those who will be launching these new BlackBerry devices.