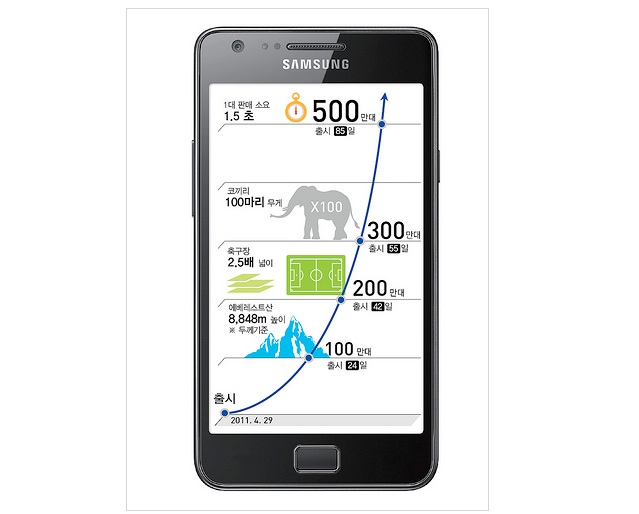 Earlier this week the rumour was that the Samsung Galaxy S II surpassed the 6 million mark in total units sold, unfortunately this was just a rumour. This morning Samsung confirmed that sales of this Android device are increasing faster than the original Galaxy S, but not reaching 6 million. It’s a respectable and impressive 5 million in 85 days.

“Galaxy S 2, which is becoming a global smart icon, finally passed the turning point of 10 million global sales. Samsung Electronics announced on July 27 that its flagship smartphone Galaxy S 2 has marked the accumulated global sales of 5 million units only 85 days (on July 22) after its release.”

Samsung noted that the GS2 reached the 5 million milestone 40 days earlier than the Galaxy S did (which reached it in 125 days). Even though us Canadians launched this last week we didn’t make the cut of being included in the sales numbers. Samsung stated that the “Galaxy S 2 acquired 56% of the entire mobile phone market in Korea last month, and it has topped the mobile phone market share in more than 10 European countries, including the UK, France, Germany, Italy and Spain”. The goal is to surpass the 10 million mark and with this expected to be available in the States next month it’ll have no issues, probably late September or very early October. 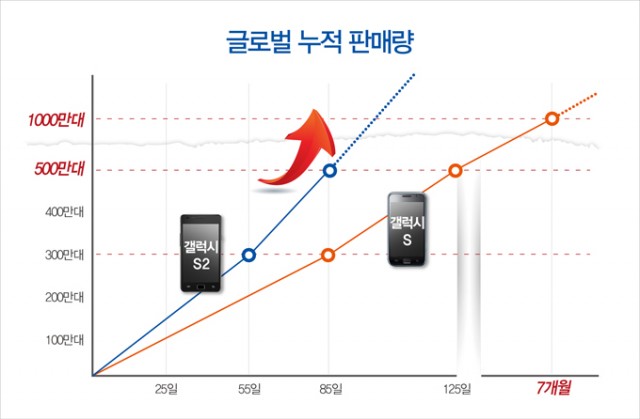 BlackBerry Q5 reaches its End of Life on Bell