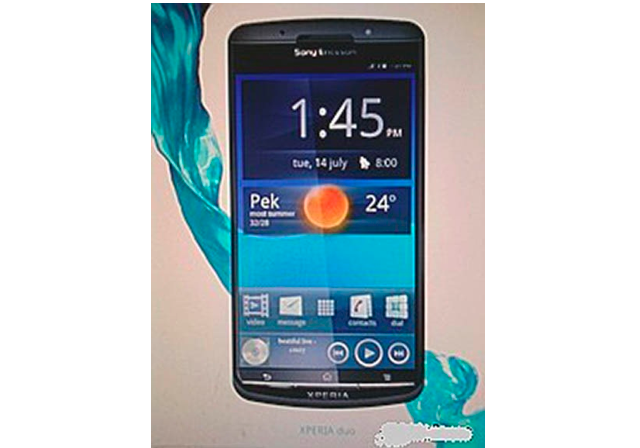 An image has surfaced online of a device called that’s from Sony Ericsson called the “Duo”, possibly the company’s first dual core device. There is not much known about this handset other than it runs Android and looks like similar to the Xperia Arc. The Duo, if the image is real, has a front-facing camera and could come with a 4.2-inch display. No word on any other specs or a possible release date.

Source: PhoneArena
Via: IT168