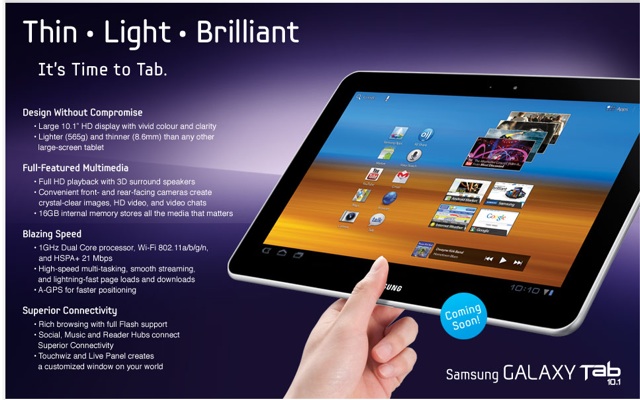 We had a sneak peak earlier today but Samsung Canada has officially put “coming soon” on the Galaxy Tab 10.1 (16GB version). They note the addition of Touchwiz along with Social, Music and Reader Hubs and its blazing speed 1Ghz Dual-Core processor. The Wi-Fi version is scheduled to arrive sometime in July, while Rogers, Bell and TELUS have this on deck for an August release.