Apple: iOS was already years ahead but with iOS 5 “it moves it even further ahead” 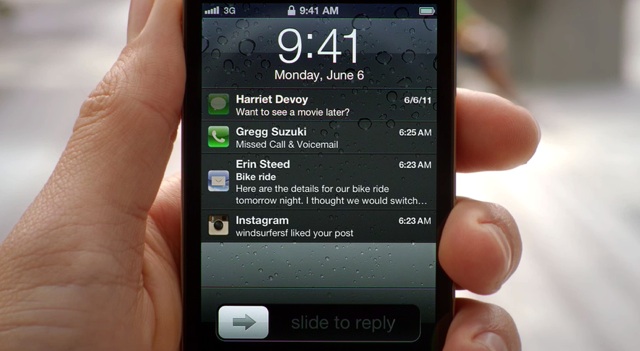 iOS 5 was unveiled today and it did come with a bunch of great additions: iMessage will take on BBM, editing your photos from your iPhone, notifications, Newsstand, wireless syncing and updates, reminders plus a deeper integration with Twitter. The promo video for iOS has been uploaded to the Apple site and Greg Joswiak, VP of iPod iPhone and iOS Marketing, proudly stated that “… we invented a whole new category. The foundation of what made these products so successful is iOS. And with iOS 5 we’ve taken an operating system that was already years ahead and we’ve added over 200 new features to it moves it even further ahead”.

It’s a statement that a bit out there because iMessage basically copied BlackBerry Messenger (BBM) and the new notification feature is similar to how the Android notification system works (touch the top of the screen and scroll down). But, we’ve gotta admit the Twitter integration is cool and so are the new camera features.

Check it out here at Apple