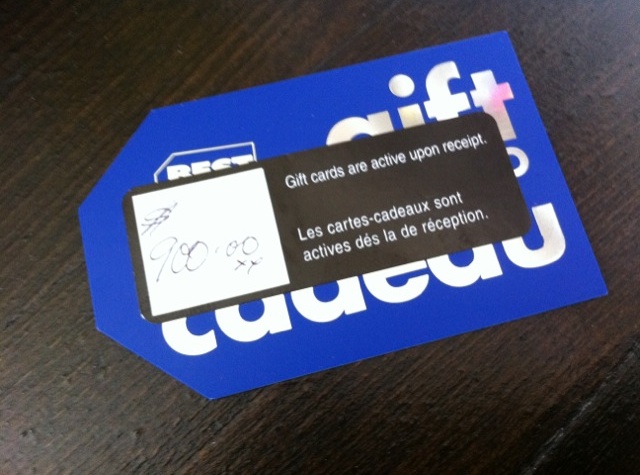 So the iPad 2 officially landed in Canada today… people as usual lined up for hours to grab hold and own one of them. We’re currently testing one out now and will have a full review up shortly. In the meantime, how would you like to win one? If the answer is yes then here’s what we have going on:

All you need to do to enter your name into this contest is one of the following: Follow us on Twitter  (@mobilesyrup) or “Like Us” on Facebook (Facebook.com/MobileSyrup). Simple and to the point. The contest is open until April 8th at 11:59pm and we’ll announce the winner the following morning. Current Facebook and Twitter followers are automatically entered.

Update: Here’s a pic of the now $900.00 Best Buy Gift Card that’s up for grabs. Possibly enough now to get yourself a case too.

Update #2: This contest is now over and the lucky winner of that $900 Best Buy Gift Card to go grab an iPad 2 is Facebook and Twitter follower @Ditton… Congrats!    Just remember that we have the following contests coming up: Samsung Google Nexus S giveaways, BlackBerry PlayBook giveaways and Sony Ericsson Xperia Play all within the next 4 weeks. So LOTS more coming down the pipe.