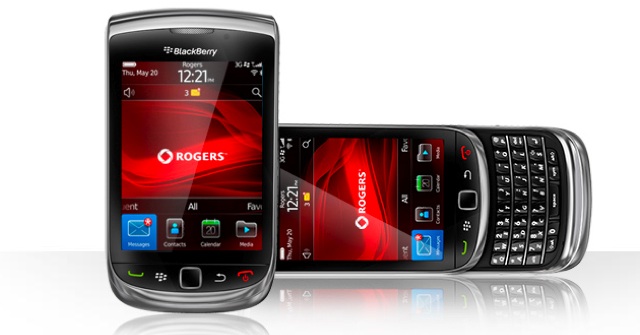 If you’ve been waiting for the BlackBerry Torch 9800 to arrive at Rogers… go forth. It’s now available for $199.99 on a 3-year; 2-year $499.99 and no-contract for $609.99. Rogers is also throwing in a Bluetooth headset with the purchase and specs have this touchscreen slider with RIM’s new BlackBerry 6 OS, 3.2-inch display with a resolution of 480 x 360, full QWERTY keyboard, 624 MHz processor, 512 MB of internal flash memory, can hold up to 32GB with a microSD card (Rogers ships with a 4 GB card), 5 megapixel camera with auto-focus and flash, WiFi, GPS.

Update: it seems that this is only for online orders. Stores will start selling these as previously announced tomorrow (September 30th)