HTC to “fully defend itself” against Apple’s patent lawsuit 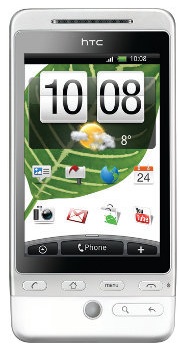 HTC has responded to Apple’s recent lawsuit that claims they infringe on 20 Apple iPhone UI patents. On March 2nd Steve Jobs, Apple’s CEO states “We can sit by and watch competitors steal our patented inventions, or we can do something about it. We’ve decided to do something about it. We think competition is healthy, but competitors should create their own original technology, not steal ours.”

Today, HTC sent out a press release titled “HTC DISAGREES WITH APPLE’s Actions” and CEO Peter Chou said “HTC disagrees with Apple’s actions and will fully defend itself. HTC strongly advocates intellectual property protection and will continue to respect other innovators and their technologies as we have always done, but we will continue to embrace competition through our own innovation as a healthy way for consumers to get the best mobile experience possible. From day one, HTC has focused on creating cutting-edge innovations that deliver unique value for people looking for a smartphone.”

What do you think, will it go the distance in the courtroom? Be settled out of court… or eventually be dropped?