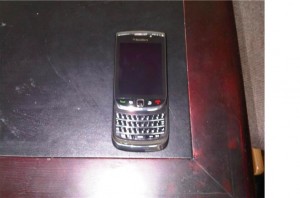 We’ve seen pics of the leaked BlackBerry slider and now another rumour has hit the web, this time by the CEO of a RIM parts supplier Woojeon & Handan. He stated that stated that the new BlackBerry “T” phone will be launching next month.

“The Canadian company RIM famous for BlackBerry smartphones is releasing a new model next month. Known as the “T,” The new model is an ambitious product aimed at competing against iPhone’s storm of success. Rim will present it (“T”) as its flagship model to compete in global markets such as the U.S. and Europe.”

No word on when this is coming to Canada, or if the rumour is true but it makes things interesting. Would you pick up the BlackBerry slider?