OnePlus 11 to launch in China on January 4

The phone is still expected to launch worldwide on February 7 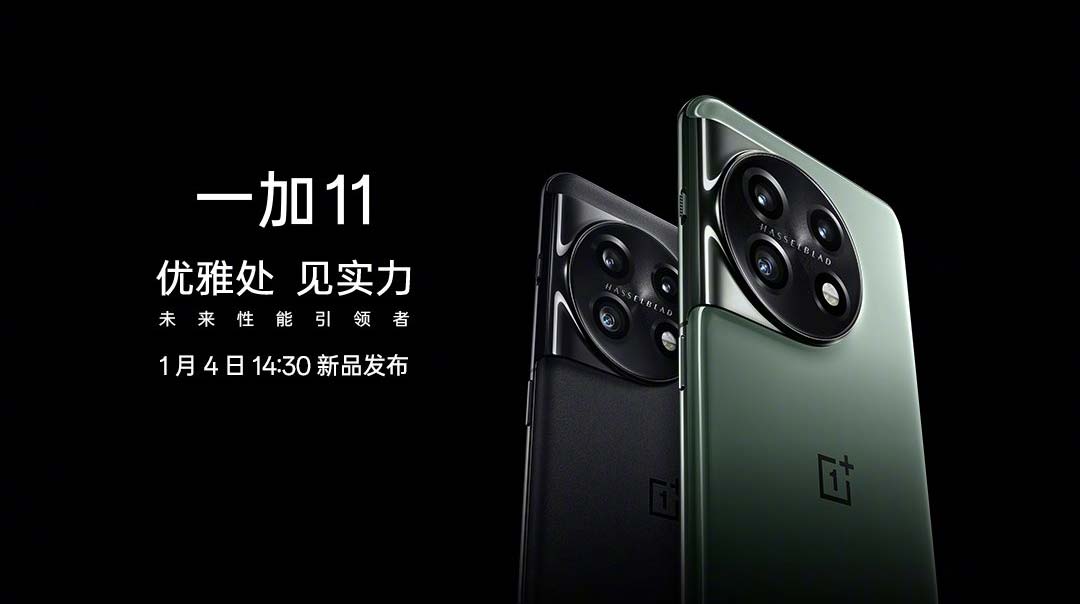 The OnePlus 11 is launching around the world on February 7th, but the smartphone will make its first appearance in China on January 4th. OnePlus announced the new on the Chinese social media platform, Weibo.

With the help of Google Translate, it looks like the handset will be available in two colours, ‘Momentary Blue’ and ‘Endless Black.’ Oddly, the images on OnePlus’ site show the handset in a green colour, so perhaps there’s an issue with the translation or there might be a third colourway.

The company also announced the OnePlus 11’s specs, indicating that it sports a Qualcomm Snapdragon 8 Gen 2 chipset, either 12GB or 16GB of RAM, up to 512GB of storage and more. The handset will come with OnePlus’ ColorOS 13/Android 13 and sports three cameras.

The handset is also rumoured to be unveiled alongside the Buds Pro 2 true wireless earbuds. We expect to learn more about the handset on January 4th, including battery and camera details.