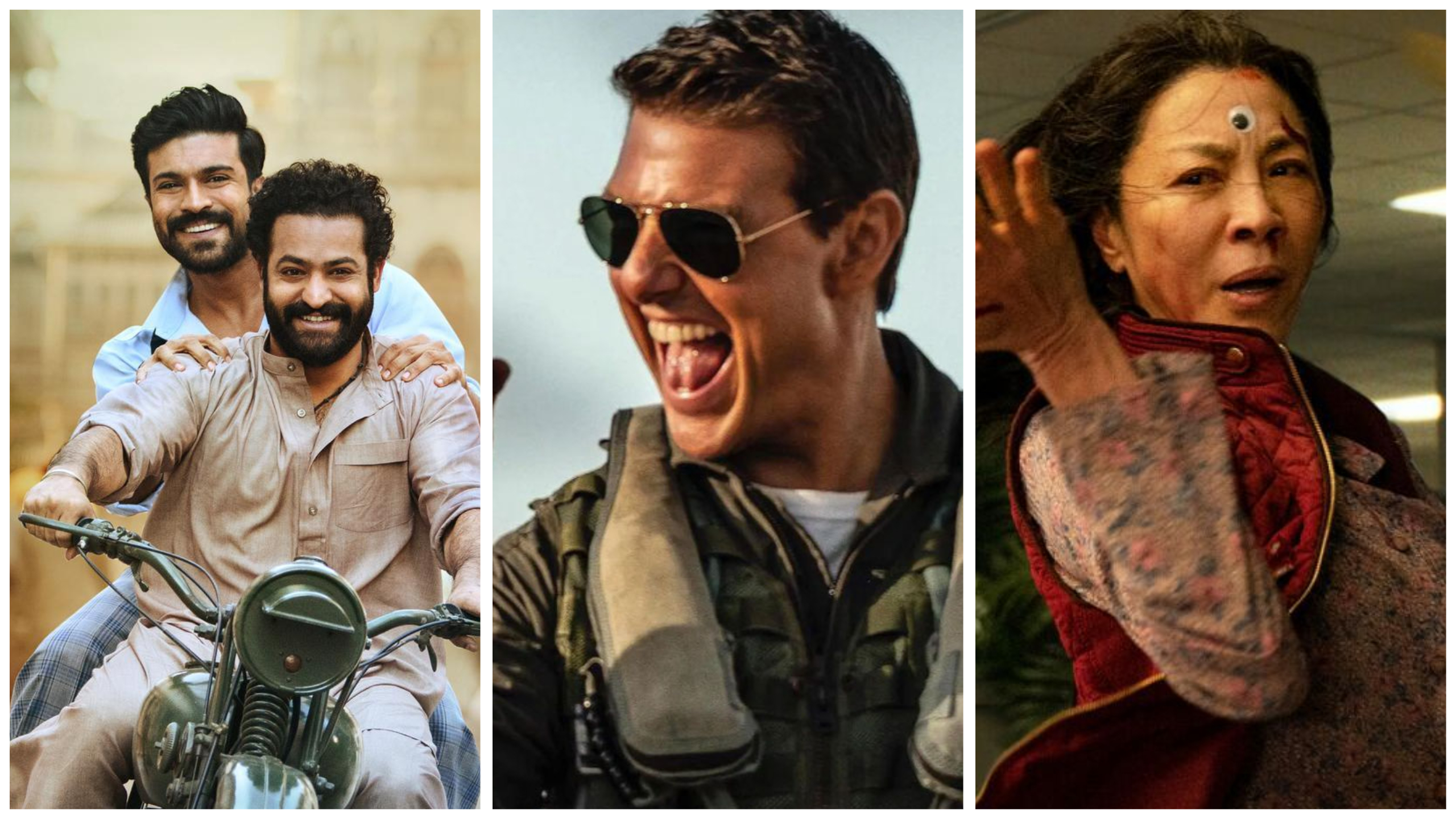 With so many movies skipping 2020 and 2021 due to COVID, this year felt, in many ways, like a return to form for the theatre-going experiences. Massive blockbusters from the likes of Sam Raimi, James Cameron and Matt Reeves were released, and we even finally got the triumphant debut of Top Gun: Maverick, a Tom Cruise vehicle that had been delayed a seemingly endless number of times.

That said, the advent of streaming services meant that people had already been shifting towards the home viewing experience pre-pandemic, and that’s only become truer over the past three years. Given that, we’ve put together a list of 10 of the most well-received movies of the year that you can stream right now in Canada. Some of these were already streaming originals, but regardless, we tried to include a varied bunch that spans all age groups and genres. There’s even a couple of foreign films.

From crowdpleasing epics and suspenseful mysteries to wonderful animation and intimate dramas, here are some of the year’s top movies to stream:

A young woman named Sophie goes through old footage of a childhood vacation with her father to better understand him.

The Banshees of Inisherin

After his lifelong friend ends their relationship, Pádraic is given an ultimatum that leads to shocking consequences.

The Banshees of Inisherin was written and directed by Martin McDonagh (Three Billboards Outside Ebbing, Missouri) and stars Colin Farrell (The Lobster), Brendan Gleeson (In Bruges), Kerry Condon (The Leftovers) and Barry Keoghan (The Killing of a Sacred Deer).

Stream The Banshees of Insiherin on Disney+.

A detective’s investigation into a man’s mysterious death leads him to suspect his widow, only to become trapped in a web of deception and desire.

Decision to Leave was co-written and directed by Park Chan-wook (Oldboy) and stars Tang Wei (Lust, Caution) and Park Hae-il (Memories of Murder).

Stream Decision to Leave on Mubi.

A struggling Chinese-American business owner must connect with alternate universe versions of herself to thwart a threat to the entire multiverse.

Stream Everything Everywhere All At Once on Amazon Prime Video.

Glass Onion: A Knives Out Mystery

Stream Glass Onion: A Knives Out Mystery on Netflix.

Oscar winner Guillermo del Toro (The Shape of Water) reinvents this classic tale about a wooden puppet brought to life.

One of the most beloved pictures of the year is an Indian Telugu movie featuring a heavily fictionalized and over-the-top tale about the friendship between two real-life Indian revolutionaries, Alluri Sitarama Raju and Komaram Bheem, and their efforst to take down the British Raj.

While the grandiosity of RRR is absolutely best experienced in a theatre, you can stream the movie on Netflix (Hindi) or Zee5 (original Telugu).

World-renowned musician Lydia Tár must turn to her adopted daughter for support after her career begins to suffer.

More than 30 years after the events of Top Gun, Pete “Maverick” Mitchell must train a new group of pilots, including the son of his late friend Goose, for an important mission.

Thirteen-year-old Chinese-Canadian Mei (Clique Wars‘ Rosalie Chiang) finds herself transforming into a red panda whenever she gets too excited or stressed while dealing with her overbearing mother and planning to attend a concert with friends.

Turning Red was co-written and directed by Toronto’s own Domee Shi (Bao) and features the voices of Rosalie Chiang (Man Imperfect), Ottawa’s Sandra Oh (Killing Eve) and Mississauga, Ontario’s Maitreyi Ramakrishnan (Never Have I Ever).

Of course, there were so many movies that came out this year that this only covers a fraction of them. There are also some other well-received movies that only just came to theatres this month and aren’t yet streaming, including two from Canadians: Avatar: The Way of Water from Kapuskasing, Ontario’s James Cameron and Women Talking from Toronto’s Sarah Polley. Darren Aronofsky’s The Whale, which stars American-Canadian Brendan Fraser, is another recent theatrical release.

For more streaming suggestions, you can find a catalogue of our weekly Streaming in Canada columns here.

What were some of your favourite movies of 2022? Let us know in the comments.