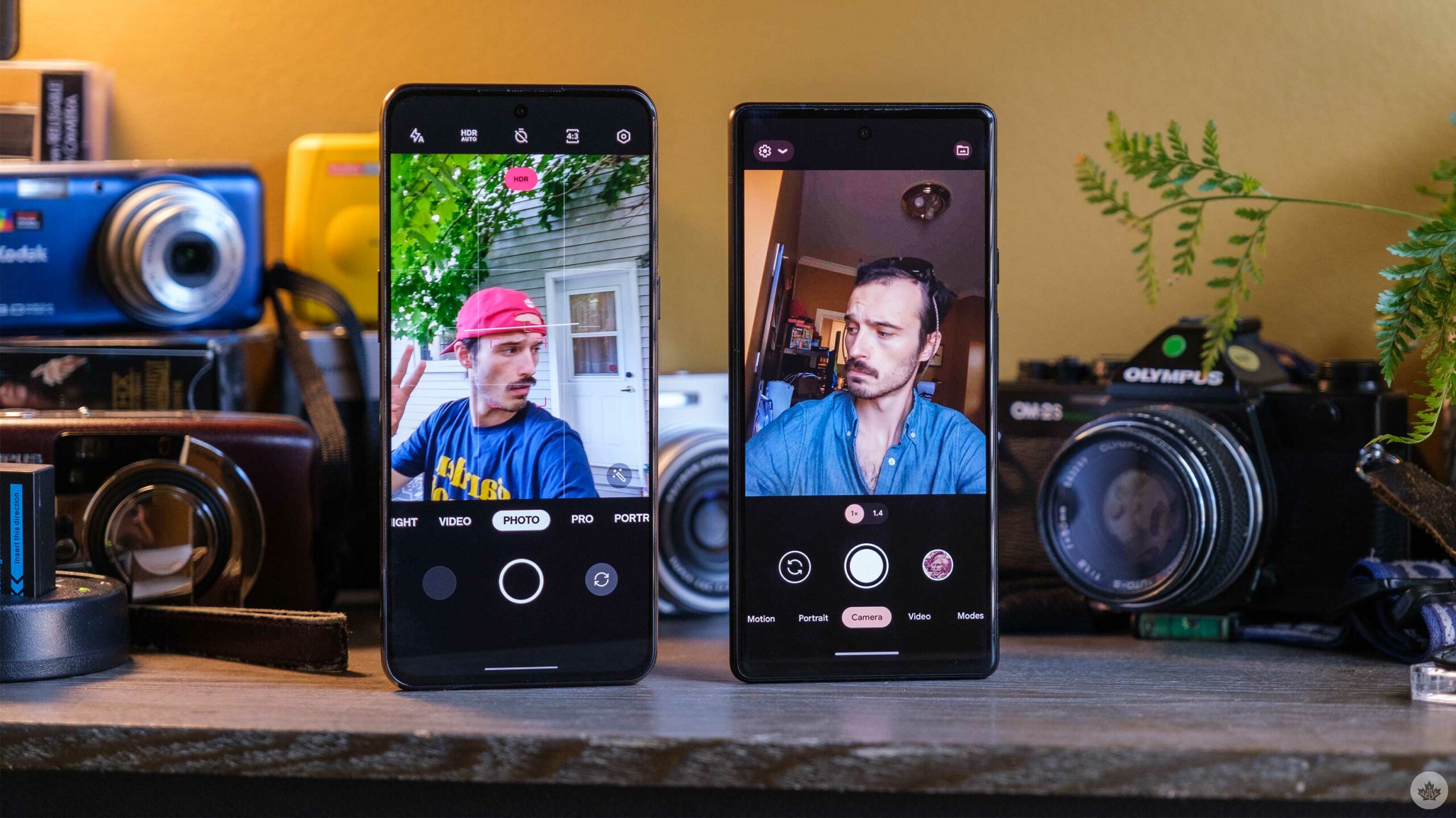 The OnePlus 10T is roughly the same price as Google’s Pixel 6 and features a very similar camera array.

With that in mind, we decided to lay out several camera sample images to give you a better idea of each shooter’s strengths and weaknesses. 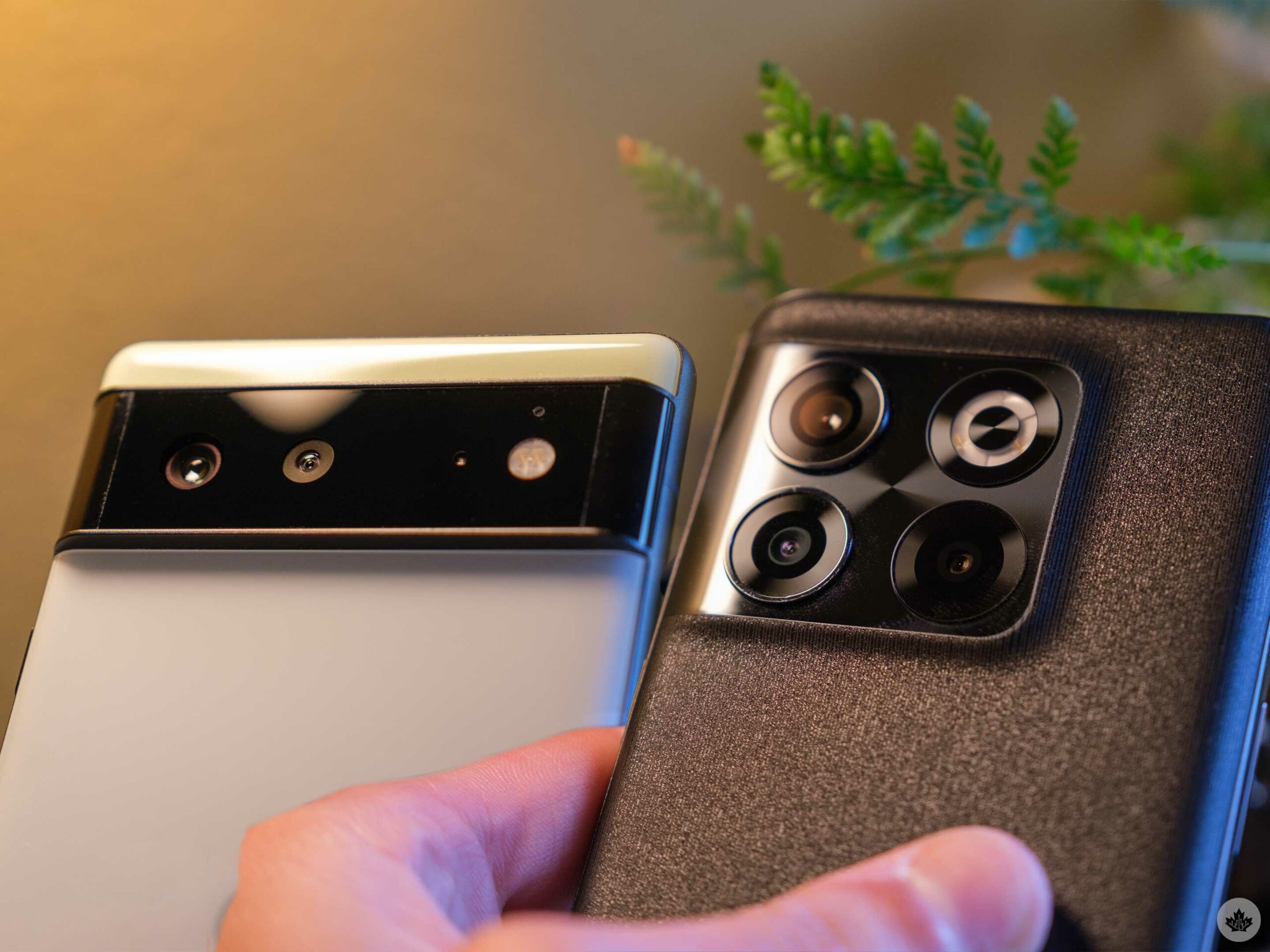 As you can see from their specs, both smartphones offer very similar camera set-ups. However, once each company adds software to their shots, things are not as even as they appear. You can learn more about the OnePlus 10T in the video below. 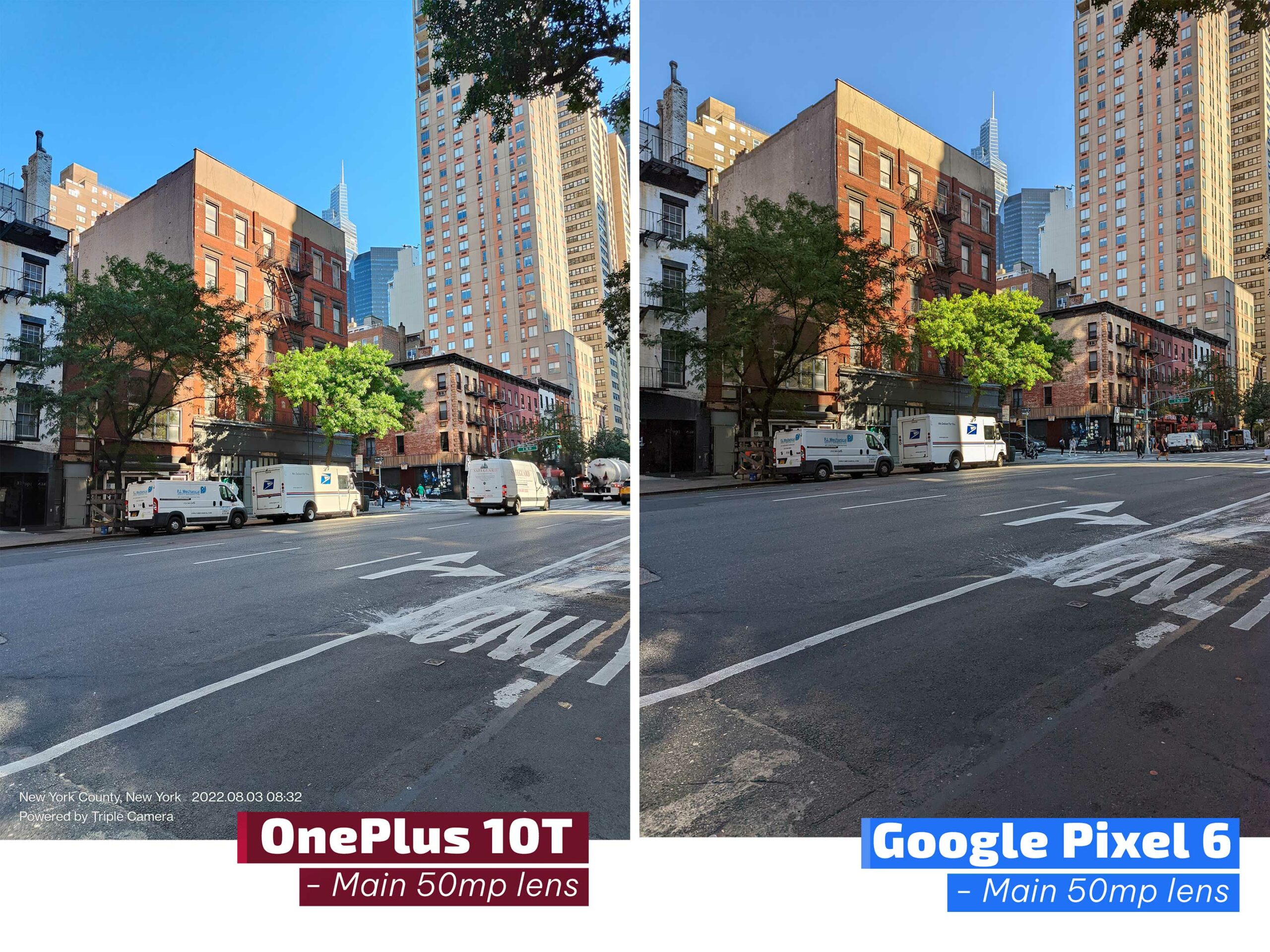 The first image shows how the two phones are sometimes capable of snapping identical shots with only minor colour differences. As you can see on the mail truck, OnePlus’ HDR isn’t as powerful as the Pixel’s, but there is a bit more of a ‘filmic’ quality to the bloom on the truck that isn’t unappealing to me.

Still straight out of the camera with no edits, the Pixel 6 offers excellent contrast and balance between the highlights and shadows. The green in the tree looks a bit too vibrant to my eyes, but overall, it’s a cleaner shot. 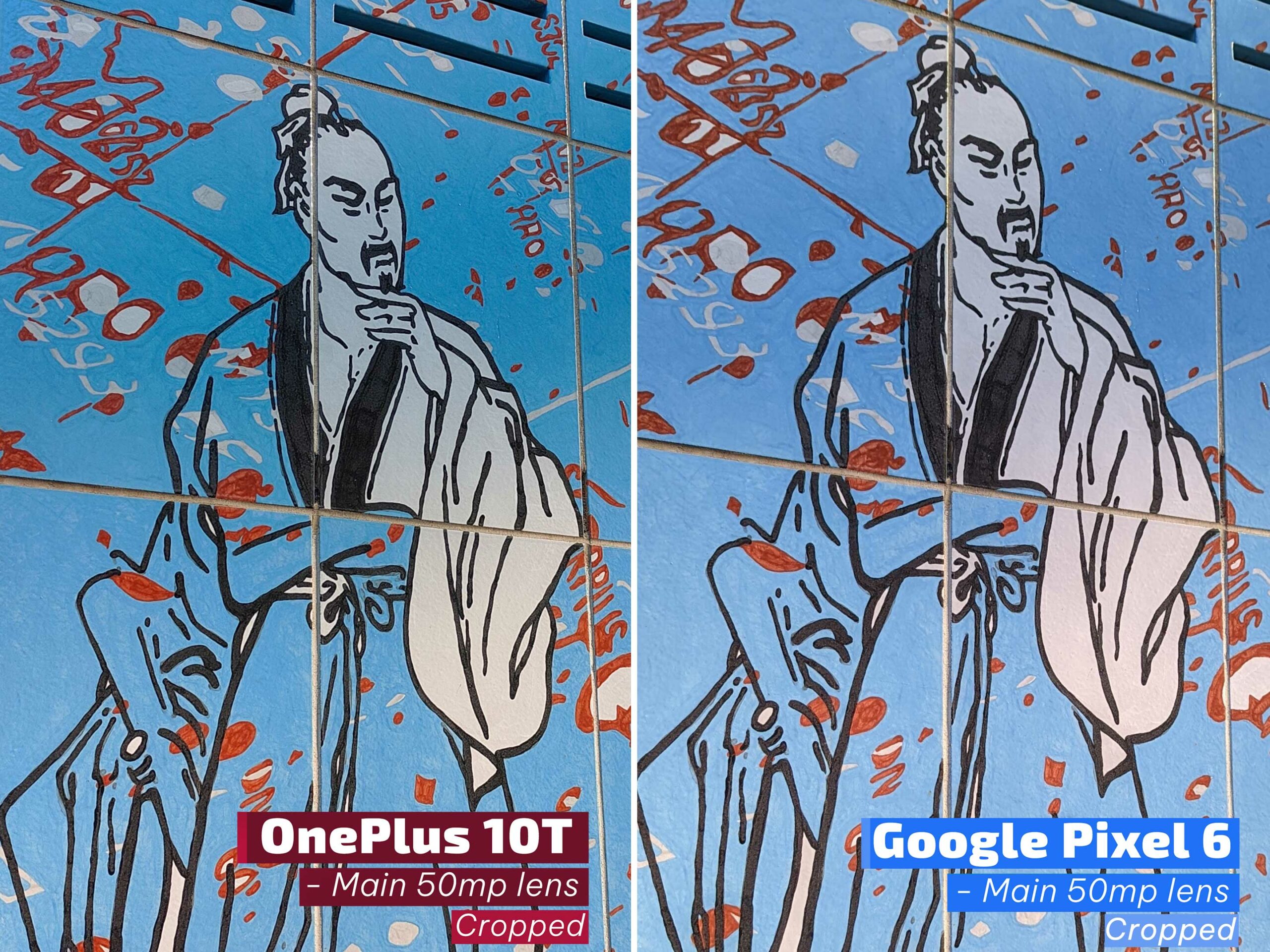 This is a close crop of a mural, and it helps show the details captured by both cameras and their colour processing. Both look good, but the Pixel 6 has added a bit too much magenta to the shot. It also features less noise removal than the 10T. This makes the 10T look a little noisier, but overall, it’s sharper and more true-to-life. 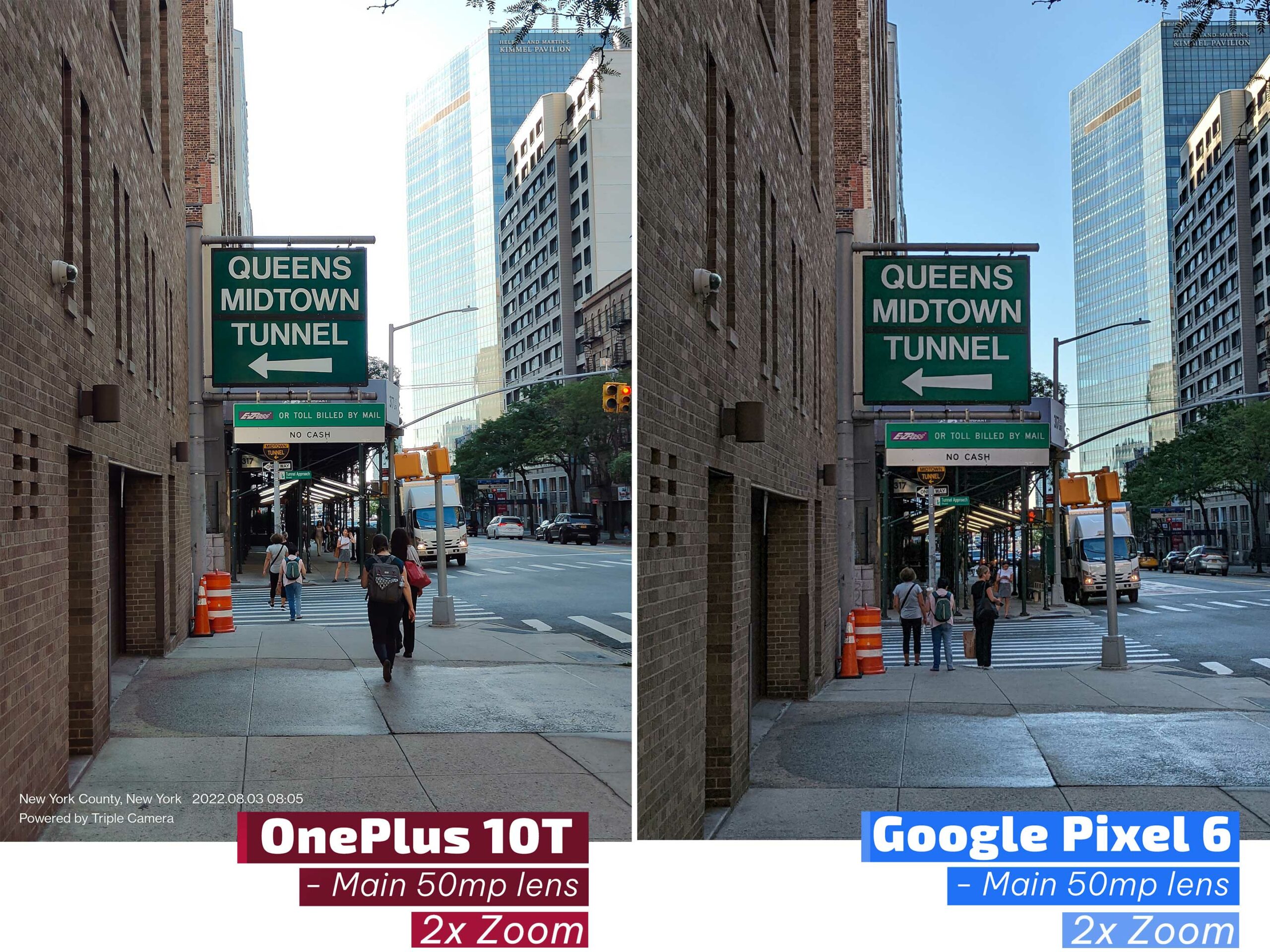 This image illustrates two things. It shows off the 2x digital zoom of both phones and then beyond that, it also shows how slow OnePlus’ HDR can be. I don’t doubt that if I had held up the OnePlus for over 30 seconds, it would have gauged the scene appropriately and captured a nice HDR. However, since I was testing so many phones, I was rapid-firing photos all day, and I found when you’re just taking quick snaps, the HDR is very hit and miss on the 10T. I left this in since I found it common to end up with some images without HDR at the end of a day of shooting with the 10T.

There’s something to be said about the anti-HDR look you get from the 10T, but the Pixel 6 captured the scene more accurately, even if the images are a bit softer overall. 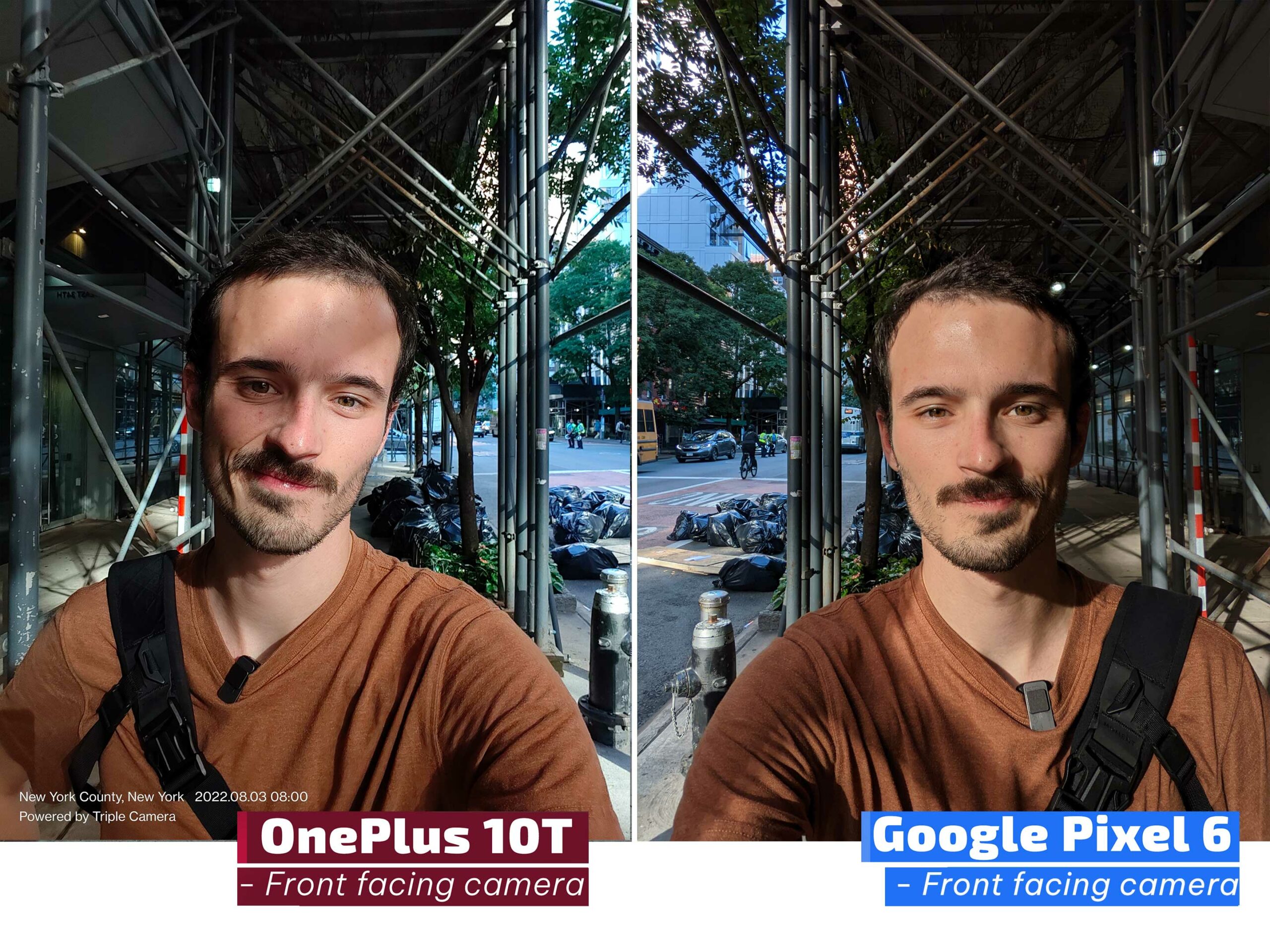 Strangely, both phones presented the selfie flipped differently. That said, in the settings, you can change either phone to your preference. While I like the tan look that Google applied to my face, I think the brighter skin on the 10T is more accurate to me. That said, many people with more diverse skin tones prefer the Pixel 6 series for its ‘Real Tone’ capabilities.

I do think the Pixel added less sharpening to its image, giving my face a more natural look. On the other hand, the 10T sharpened the hair on my fair, and it stands out intensely. 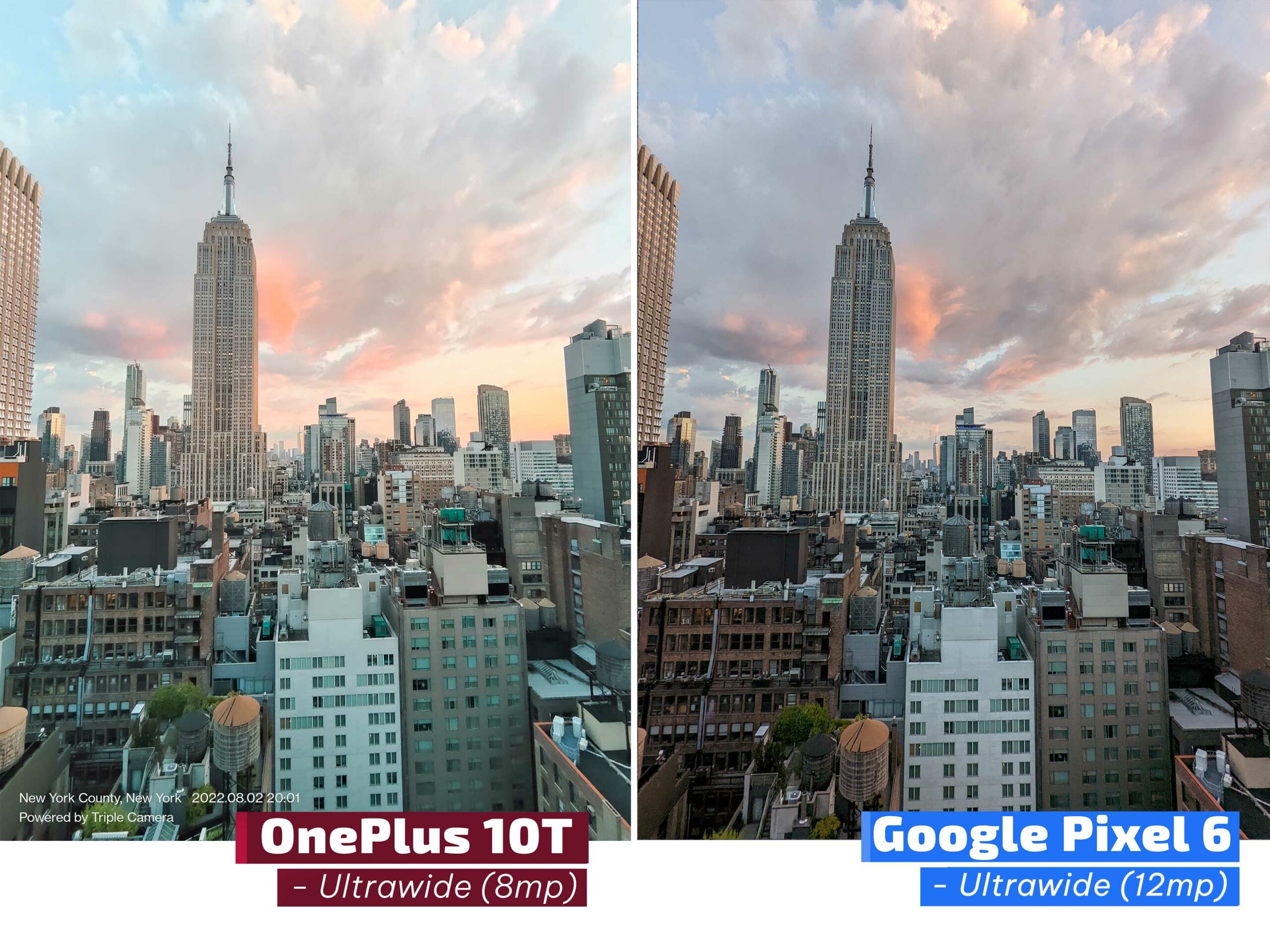 Once you look past my horrendous framing of this shot, you’ll notice a few things. The first thing is that the OnePlus ultrawide doesn’t look much wider than the Pixel 6’s when shooting vertically, even though it should have a larger field of view.

You can also see that OnePlus messed up the white balance and made the buildings in the foreground very green. If you pixel peep the Pixel 6’s image, it’s also a bit sharper, likely due to its 12-megapixel camera. I would be remiss not to say that the OnePlus did a good job of capturing the majesty of the sunset, but this image would need a bit more editing compared to the Pixel before I posted it. 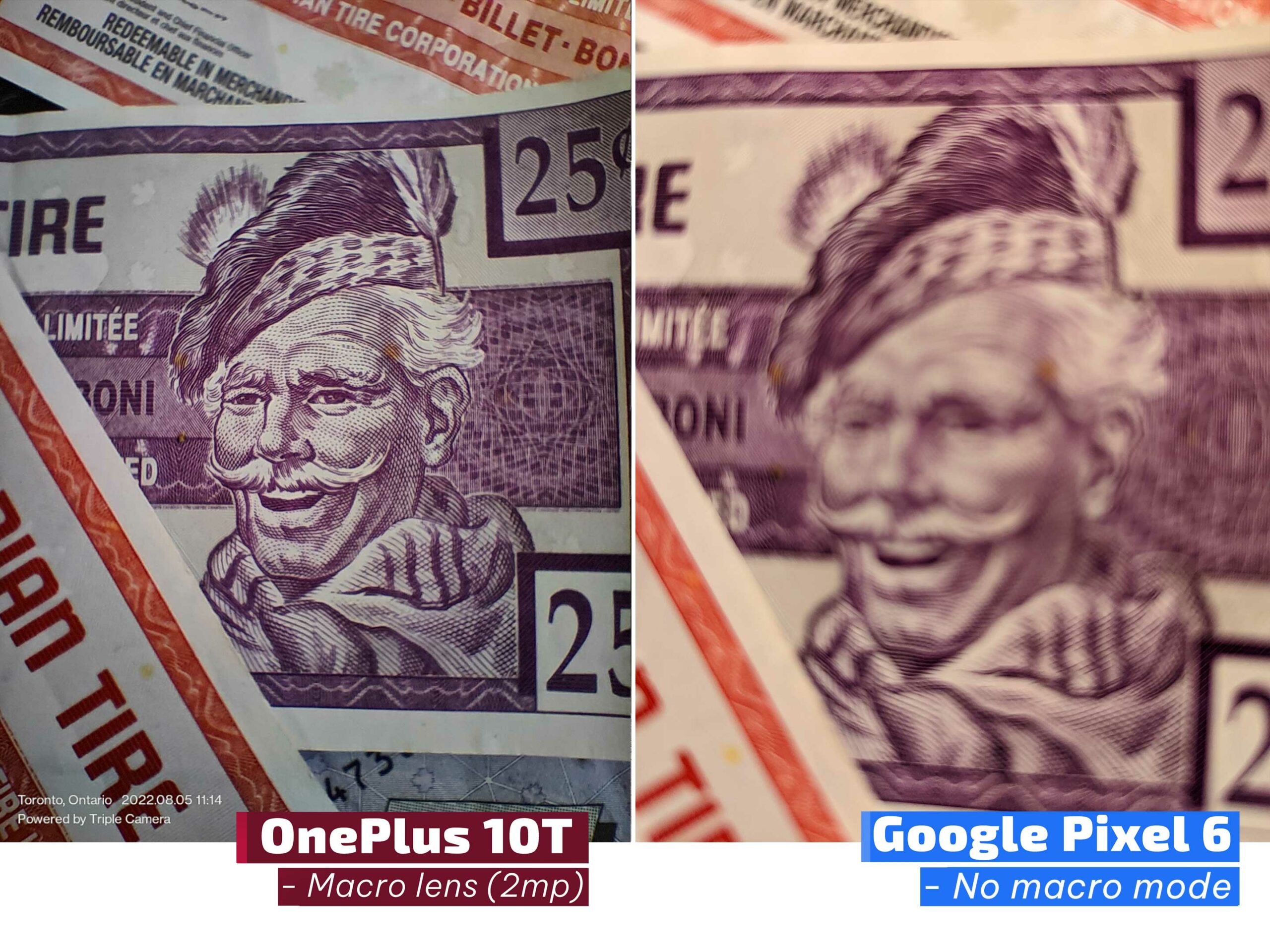 OnePlus handily takes the cake in the macro category since the Pixel 6 doesn’t even feature a macro ability. While it’s niche, there’s no doubt that it can grab some fun shots that a lot of other smartphones will struggle to catch. 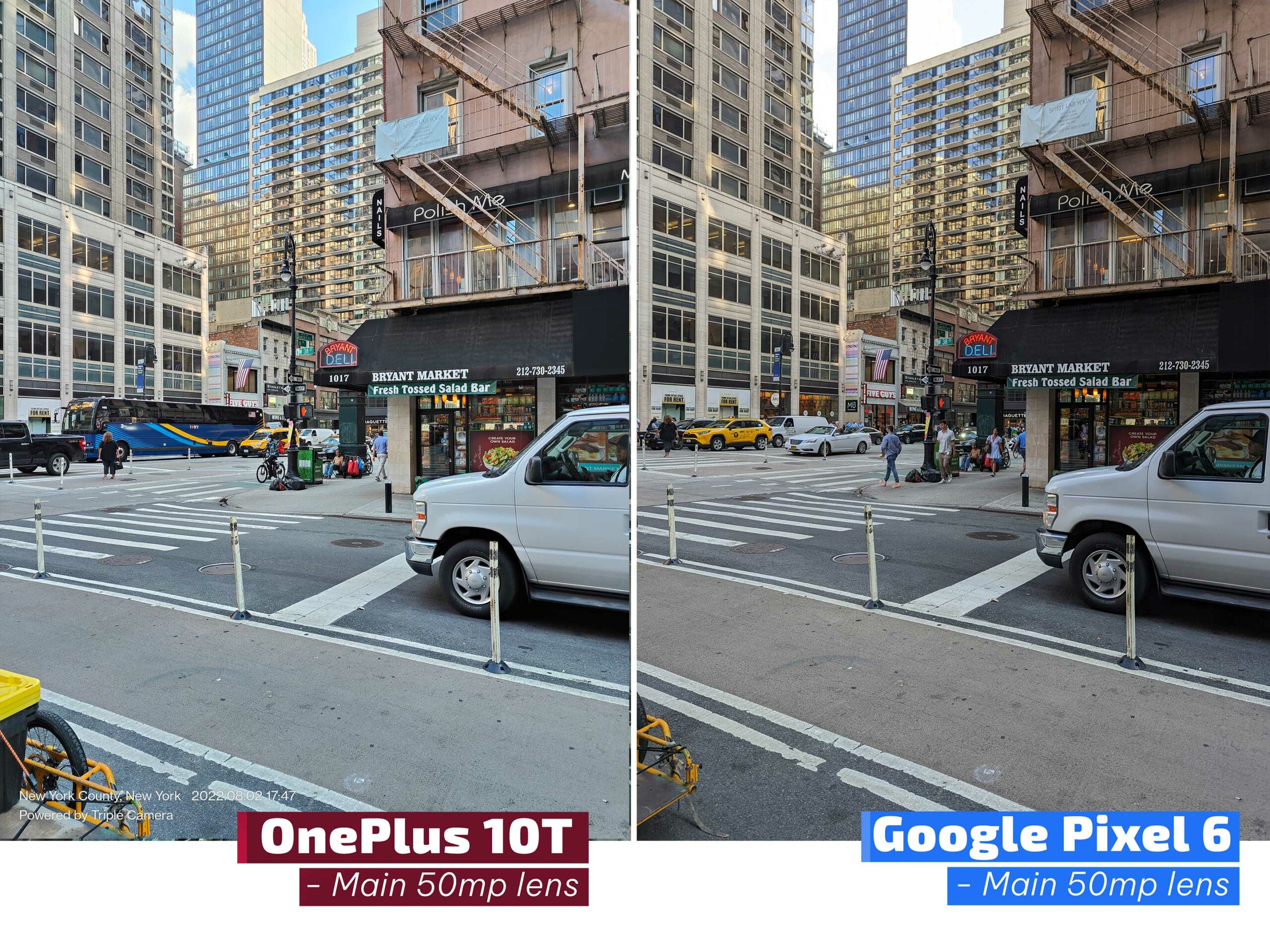 Under most circumstances, the devices snap very similar pictures, and I have a feeling that if I asked 100 people which of the above photos they liked more, it would go 50/50 each way. Phone cameras have come a long way in the last three years, and it seems that regardless of what phone you end up with, you can likely get great shots out of it with a little bit of editing.

I’ve attached a few more samples below. Let us know in the comments what stands out to you. 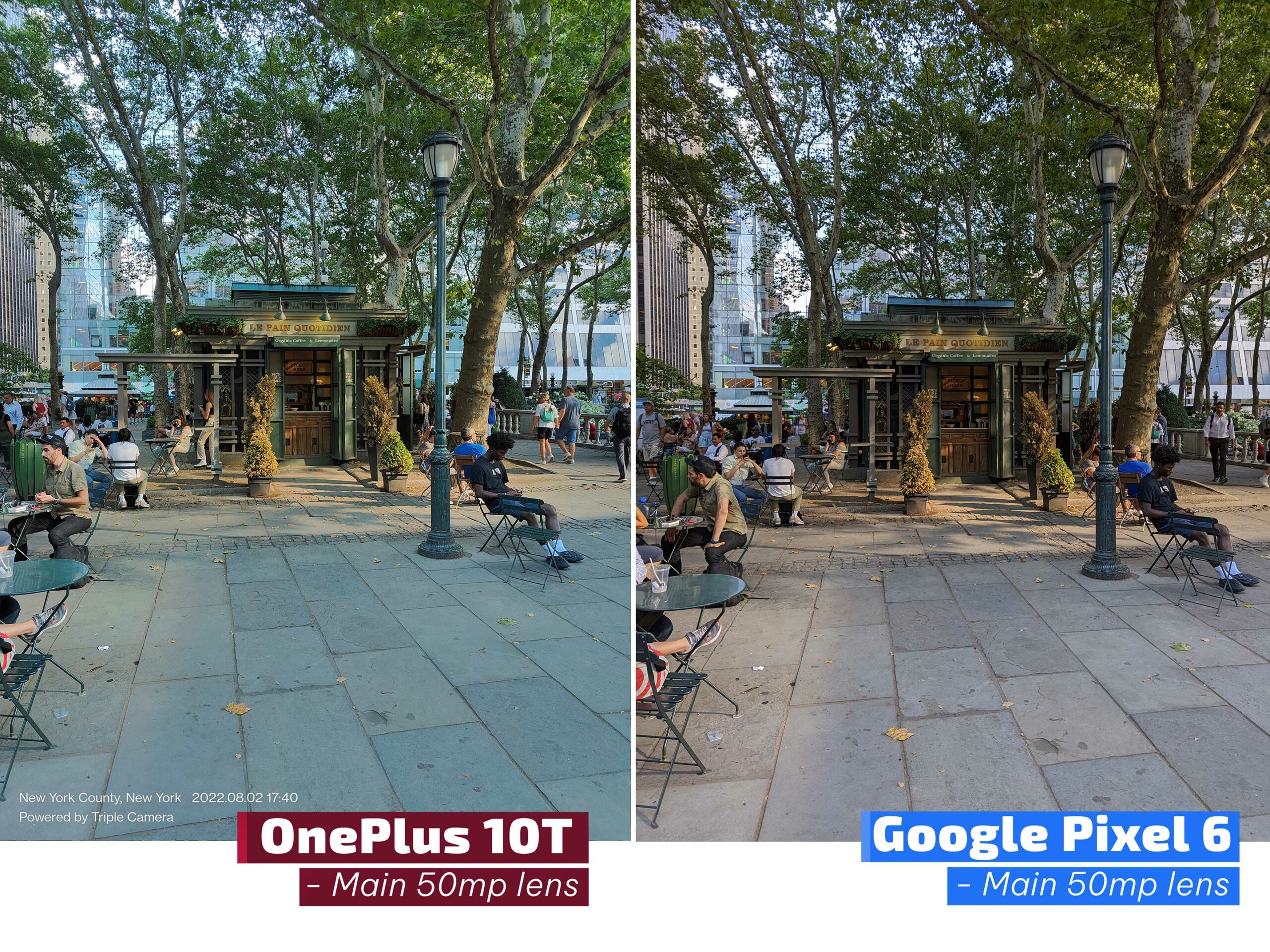 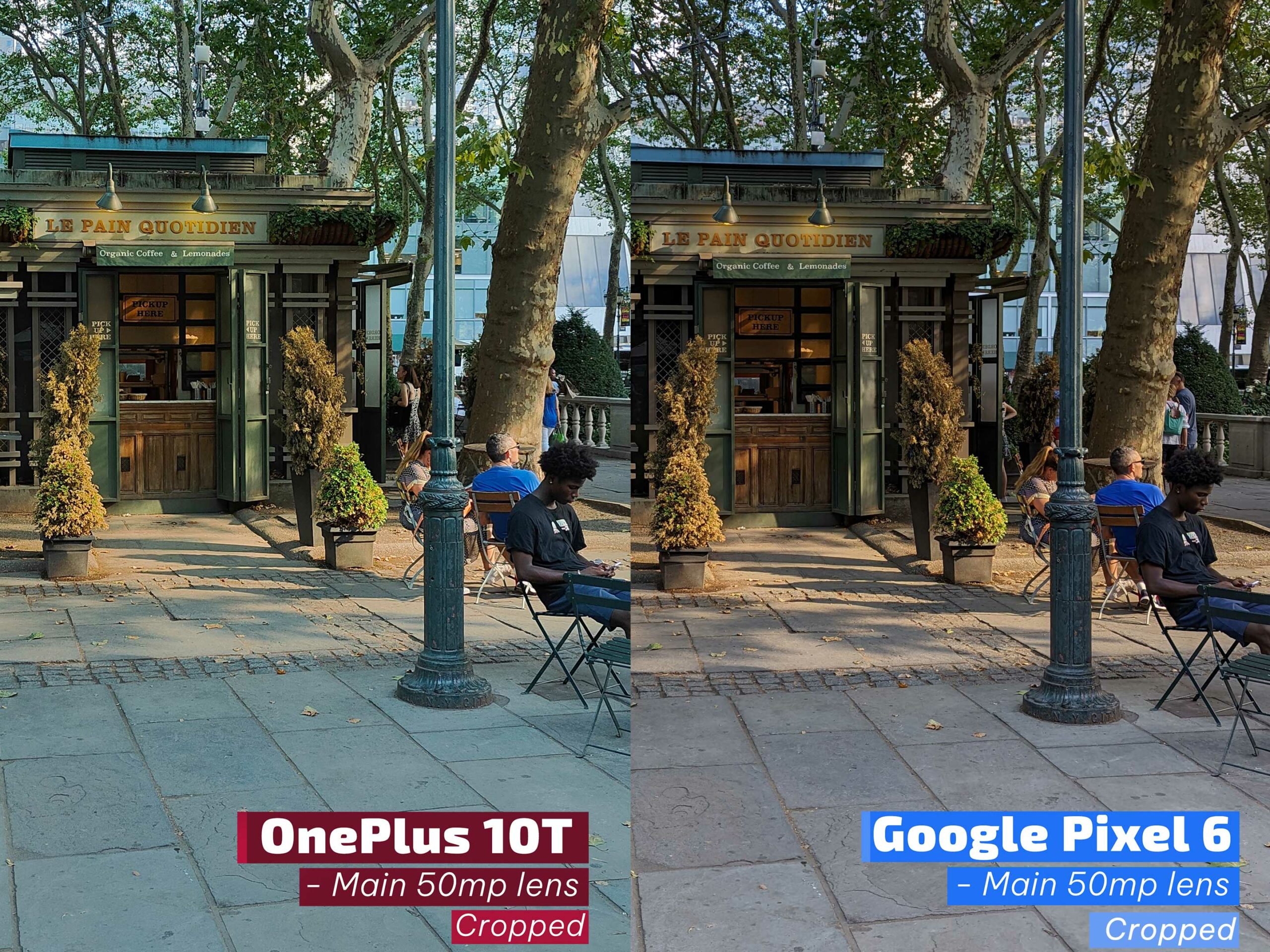 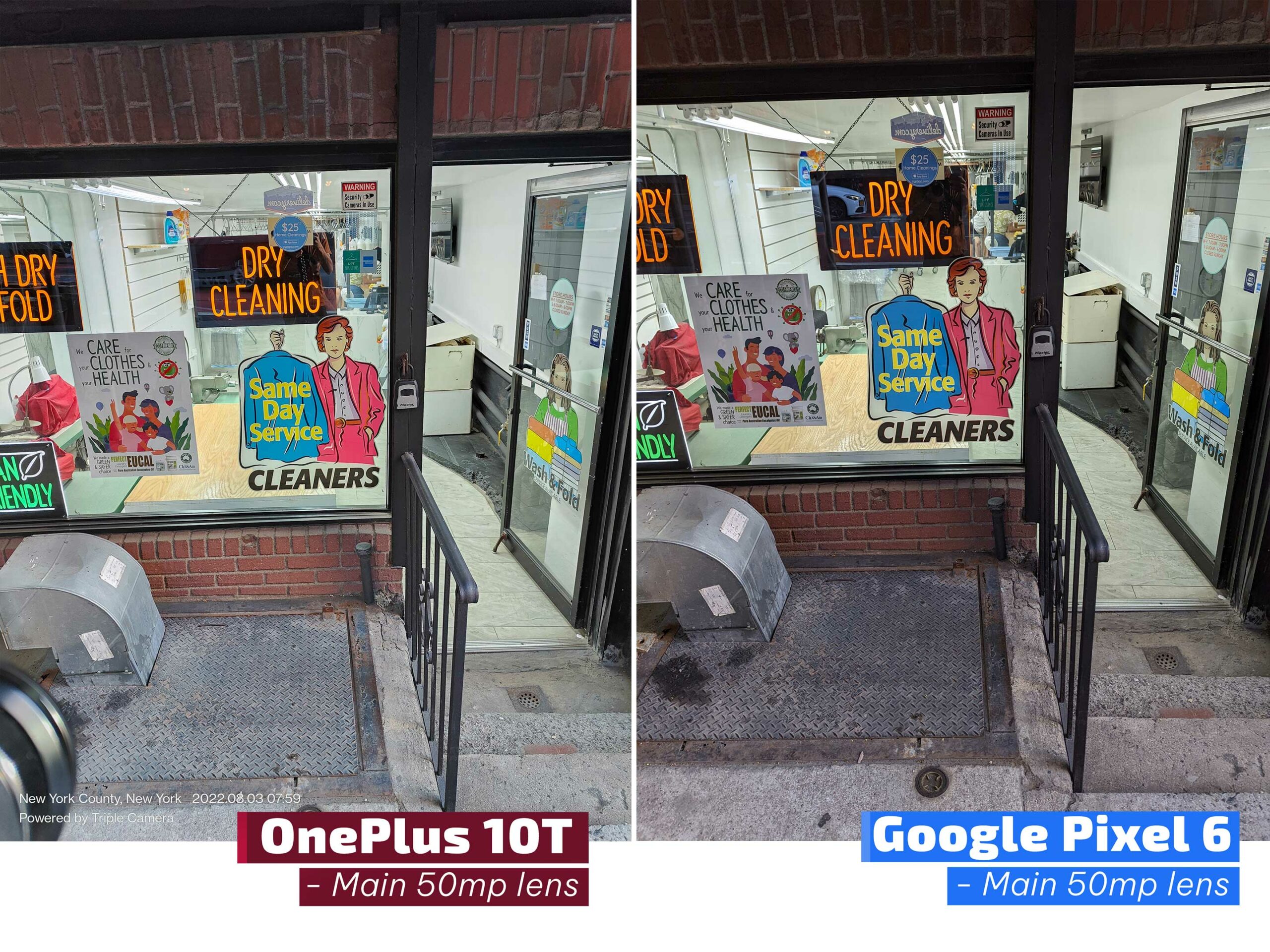 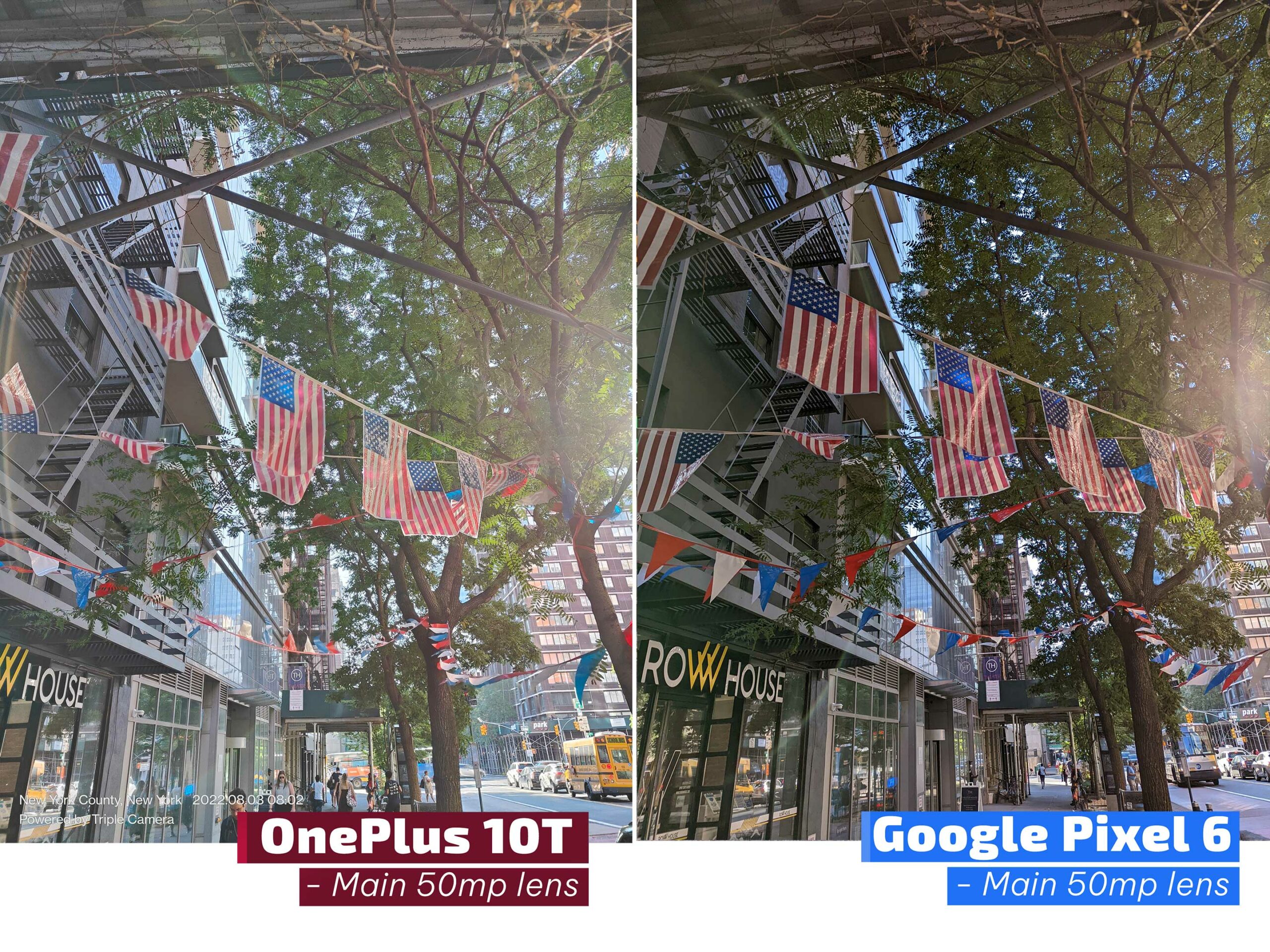 If you’re curious to see how the Pixel 6a stack up to the Pixel 6, check out our other post and video comparing those two cameras.