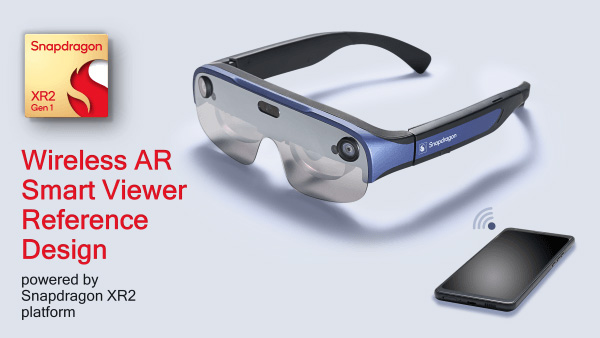 Semiconductor company Qualcomm is introducing a wireless headset to the market that it says will create an immersive experience in the metaverse.

The Wireless AR Smart Viewer is a newer version of the company’s Smart Viewer and eliminates the cord between the device and a compatible phone or computer. It features a tethering system with Wi-Fi 6/6E and Bluetooth. It offers mixed reality experiences through cameras powered by micro-OLED displays with 1920 x 1080 pixel resolution.

“Dual monochrome cameras and one RGB camera on the smart viewer enable six-degrees of freedom (6DoF) head tracking and hand tracking with gesture recognition to achieve AR precision,” the company says in a press release.

Goertek developed the augmented reality (AR) viewer, which is 40 percent thinner than the previous version and is “more ergonomically balanced.”

But as multiple publications report, the new updates come with the tradeoff of a short battery life, which can deplete in as little as 30 minutes.

The product is a prototype, and the company is working with manufacturers who could change the system to fit their specifications.

Source: Qualcomm Via The Verge