There are 49 different colour combinations 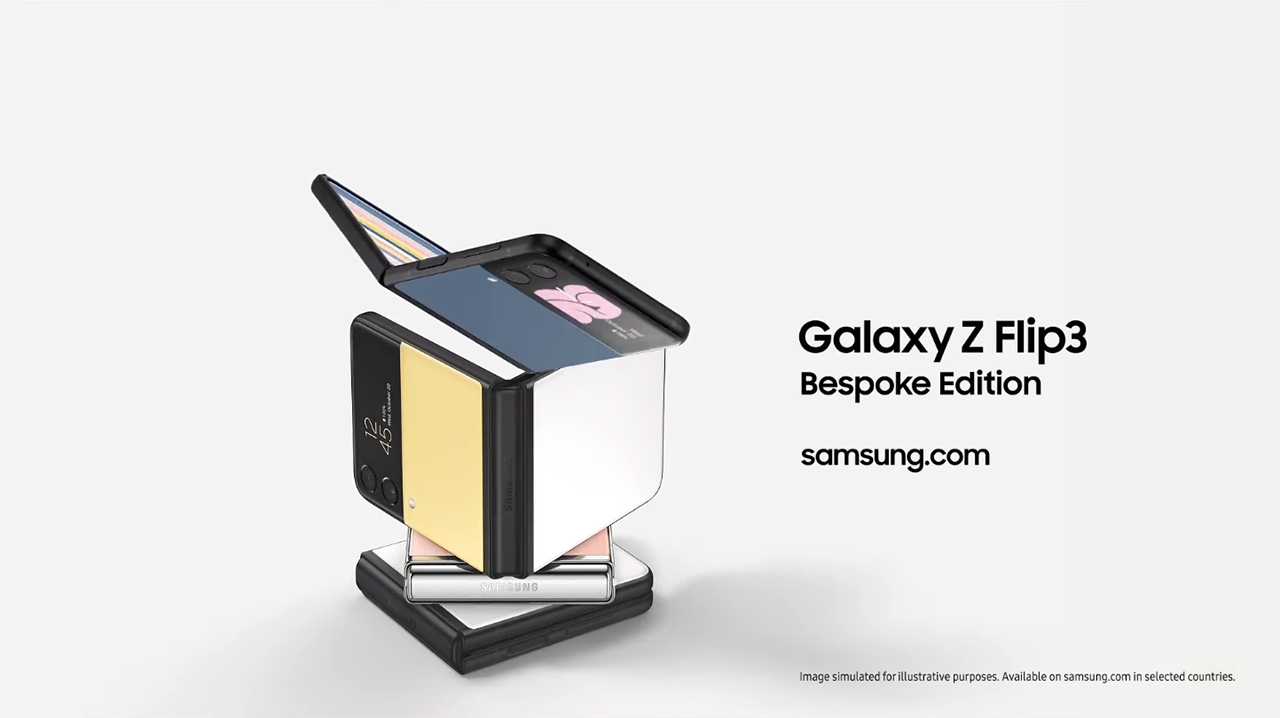 Samsung is letting customers customize their handsets with a new ‘Bespoke Edition’ of the foldable Galaxy Z Flip 3.

The Bespoke Edition lets users configure the foldable smartphone with one or two frame colours (black or silver) and five-panel colours, including ‘Black,’ ‘White,’ ‘Yellow,’ ‘Pink’ and ‘Blue.’

The Bespoke Edition will be available starting October 20th for $1,399.99 CAD.

Additionally, the South Korean company will let users change their device’s colours after purchasing the smartphones with ‘Bespoke Upgrade Care.’

There will also be the Galaxy Watch 4 Bespoke Studio wearables that let users customize their smartwatch before purchasing. It seems like the Z Fold 3 isn’t getting a Bespoke Edition, which is odd considering it was possible to change the frame of the Z Fold 2.

Samsung also announced a collaboration with the designer brand Maison Kitsuné that includes special brand editions of the Galaxy Buds 2 and Galaxy Watch 4. The special edition designs include cute fox branding on both the watch and buds.

The South Korean tech giant is also releasing a Galaxy Watch 4 update that lets users customize their watch faces and the mix and match complications. This update brings gesture controls and the ability to activate an app with a knock-knock motion on your wrist.

To learn more about the Galaxy Z Flip 3, check out my review of the foldable smartphone.