Here's how to get the most out of your iPad 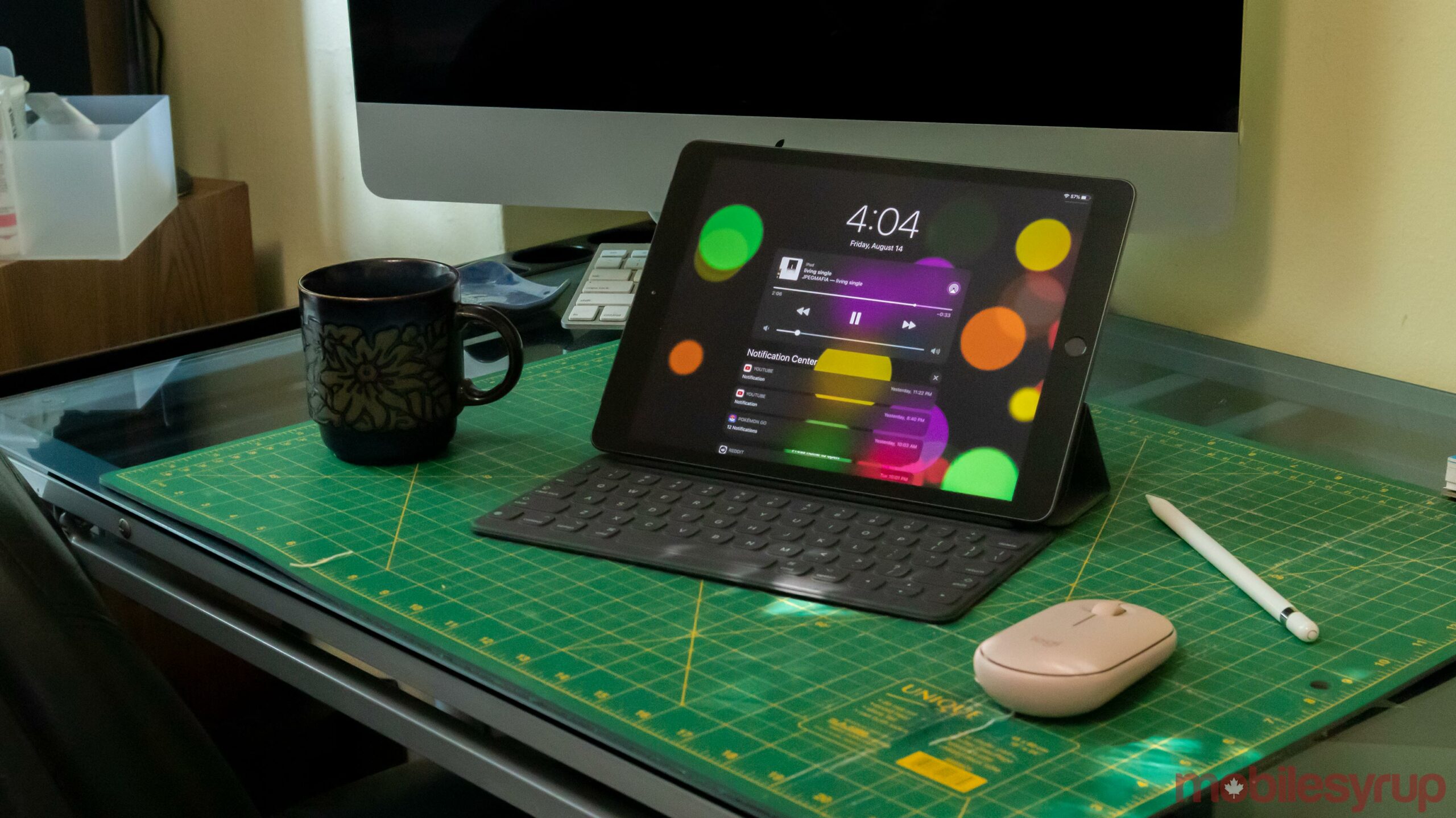 Over the years, Apple’s iPad has been slowly getting new features, and with those features came expanded gestures and controls that are often difficult to remember.

If you have an iPad, hopefully, some of these tips can help you get a little more performance or efficiency out of your tablet. I’ll start with some basic gestures and then move to advanced control schemes that require a keyboard or mouse. 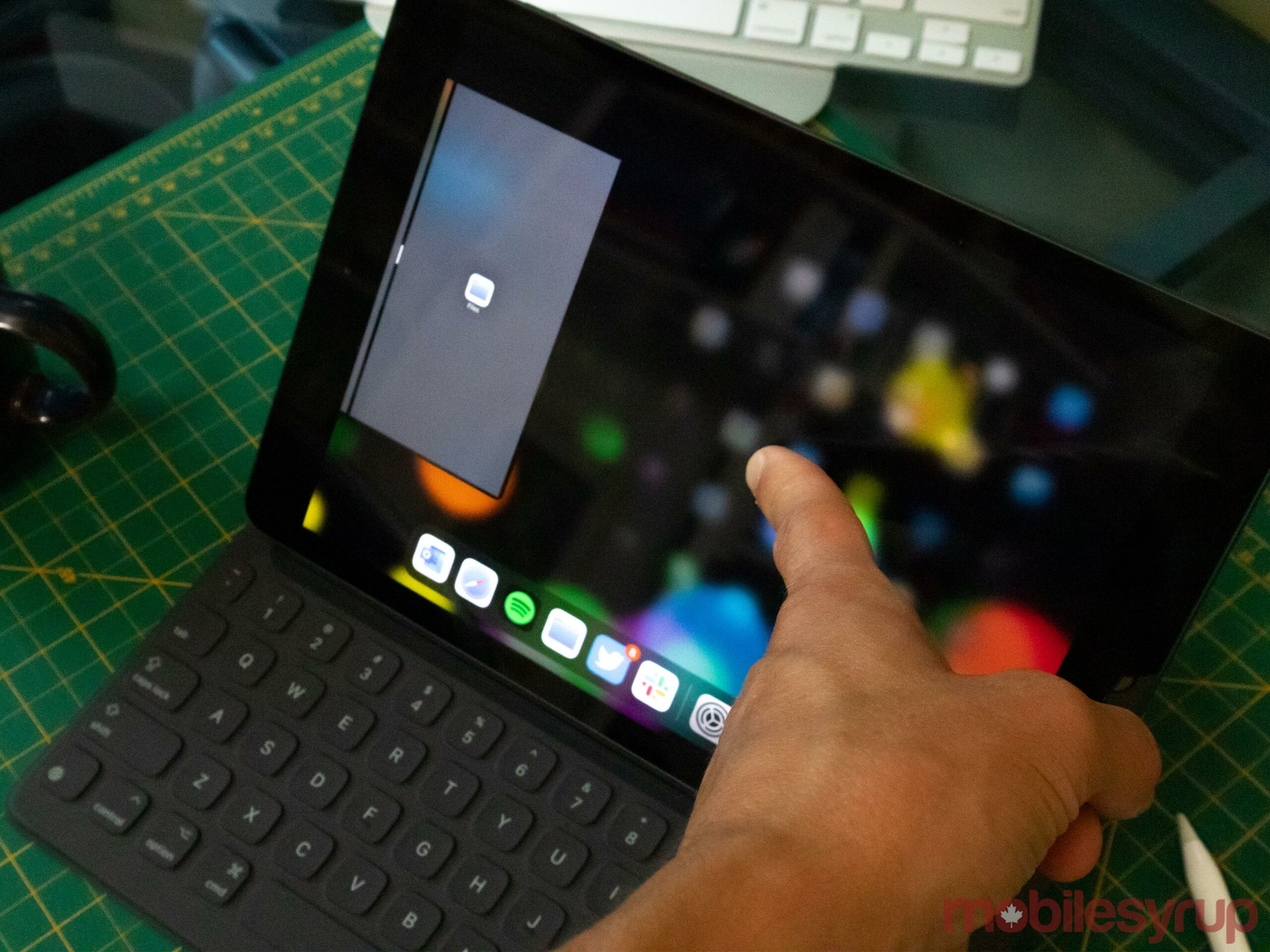 Just like the newer iPhones without a home button, you can control modern iPads by swiping. A simple swipe upwards from the bottom edge of the screen will take you back to the home screen if you’re within an app.

Swiping down from near the top right-hand corner reveals the Control Centre. This is where you can adjust your screen brightness, app shortcuts and media playback controls. You can add more items to this area from the ‘Control Centre’ section of the Settings app.

If you want to enter the app switcher, place your finger on the bottom edge of the screen and drag upwards, pausing when you’ve reached near the centre of the screen. Then, lift your finger to see all the apps you have open. You can also pinch the screen with four fingers to achieve the same result.

Further, you can quickly switch between apps by swiping left or right along the bottom of the screen.

Users can access the iPad Dock from anywhere with the OS by swiping up a few centimetres and pausing.

Swiping down on the home screen also reveals a search bar that’s very useful for finding not only apps, but also files, settings and all kinds of other things on your tablet.

Using two apps at once 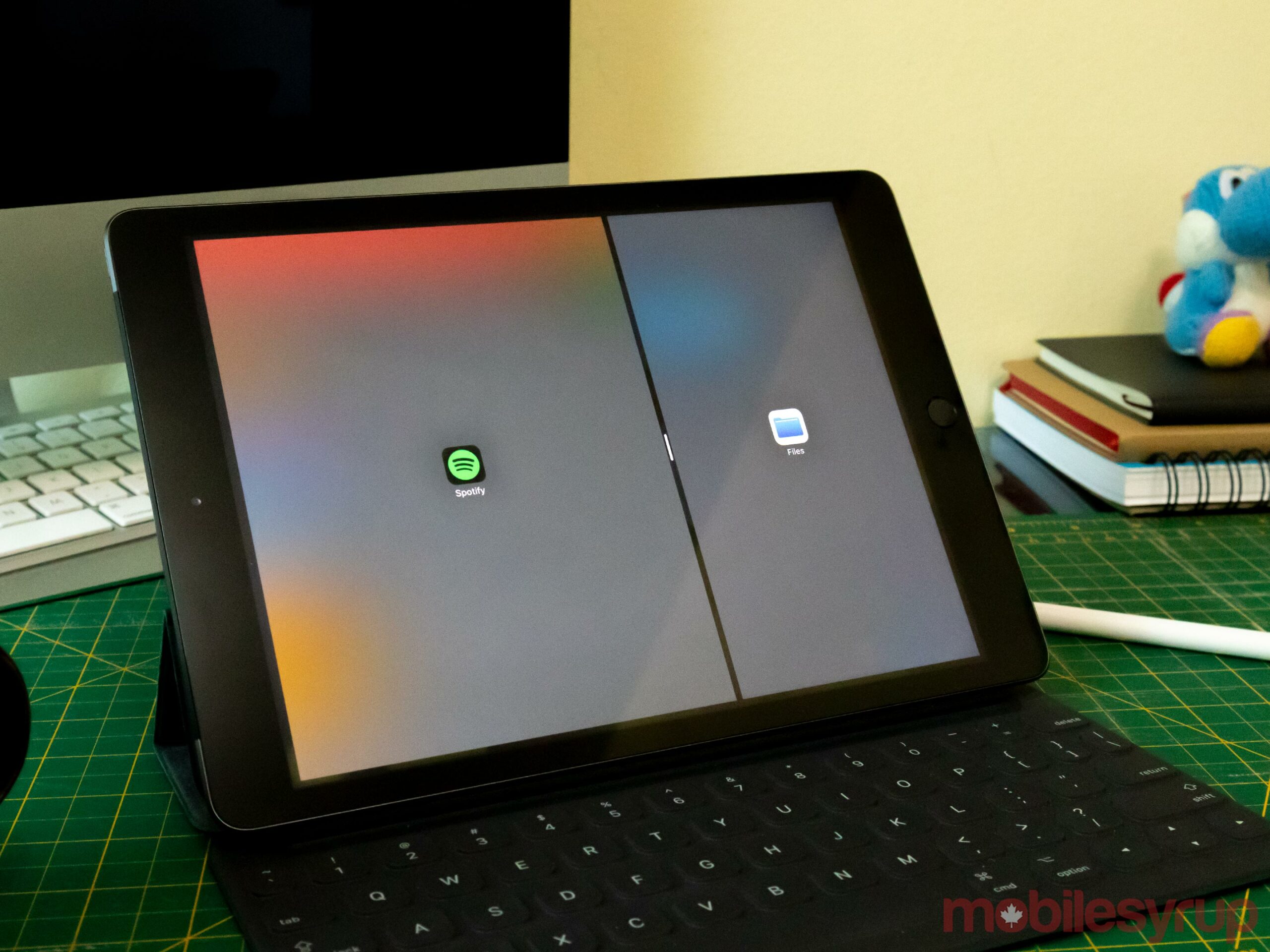 One of the best relatively new features on iPad is the ability to run two apps at once. There are a few ways to do this. First, you can have two apps side-by-side in what’s called ‘Split View.’

You can resize each window by dragging the bar in the middle of the screen around. If you push the bar to one edge, then you’ll close one app.

The other way to use multiple apps at once on iPad is called ‘Slide Over.’

You can move an app into Slide over by dragging it up from the dock and dropping it on the centre of the screen. If an app is already open in Split View, you can drag the little bar at the top of the window down to condense it into a Slide Over window.

One of the cooler aspects of Slide Over is that it allows you to stack multiple apps at once. Then you can swipe up from the bottom of the Slide Over window to reveal all the apps you’ve stacked. When you pick one, it becomes the main Slide Over app.

To close Slide Over, drag the window to the right edge of the screen using the small button at the top of the window. Swiping in from the right side will also reveal your slide over apps.

Using a Keyboard and trackpad/mouse 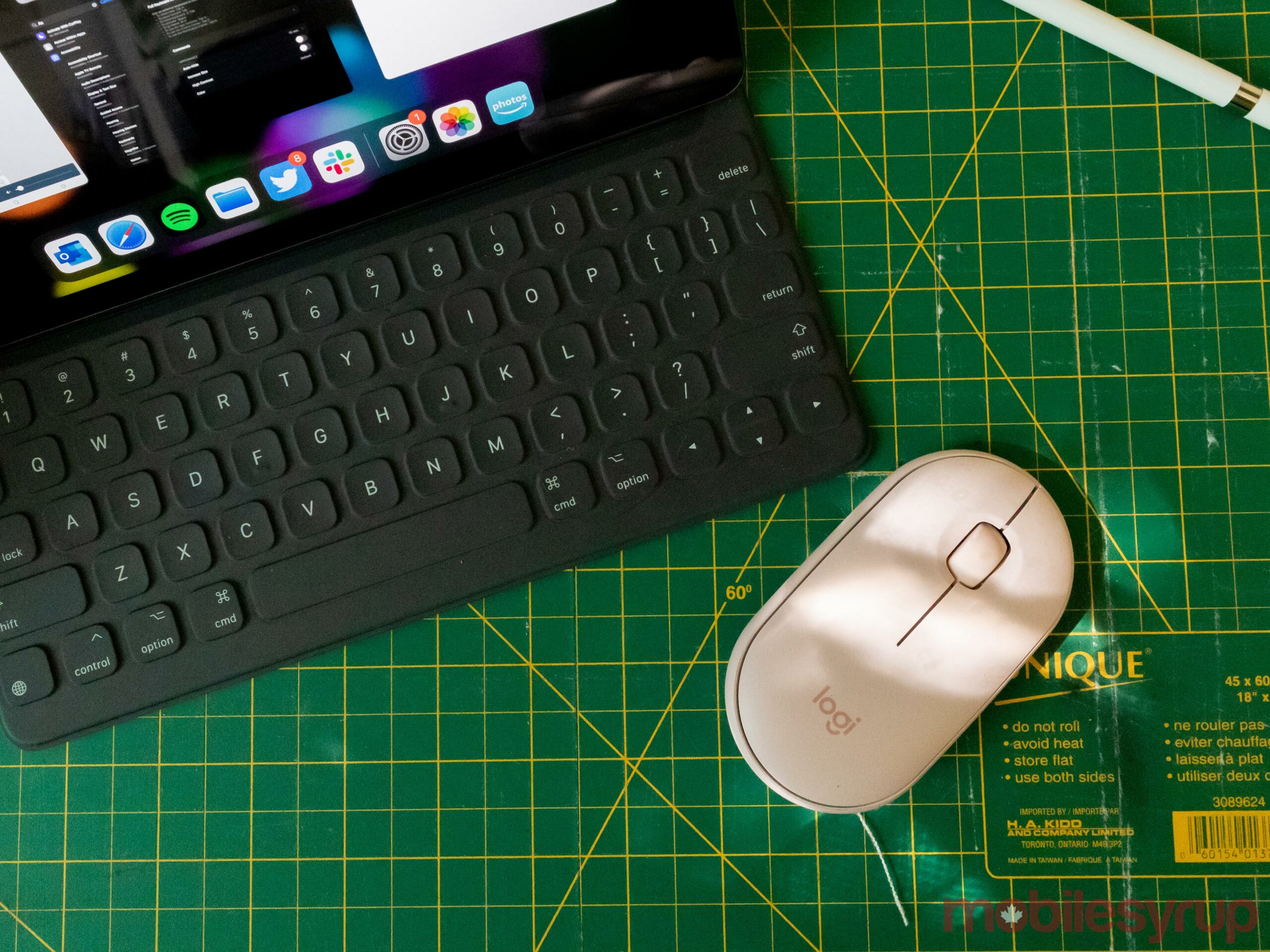 While you don’t need to use and iPad keyboard with a mouse or trackpad, Apple has made it very easy to do so.

Most of the regular keyboard shortcuts you may be used to still work on iPad. That means you can use ‘cmd+C’ to Copy, ‘cmd+V’ to Paste, and ‘cmd+X’ to Cut. There are several more keyboard shortcuts on Apple’s website that are listed below:

If you want to learn more about how to open the dock with a mouse or trackpad, Apple has two useful guides with diagrams here and here, respectively. You can also browse Apple’s full iPad user guide on its support page.