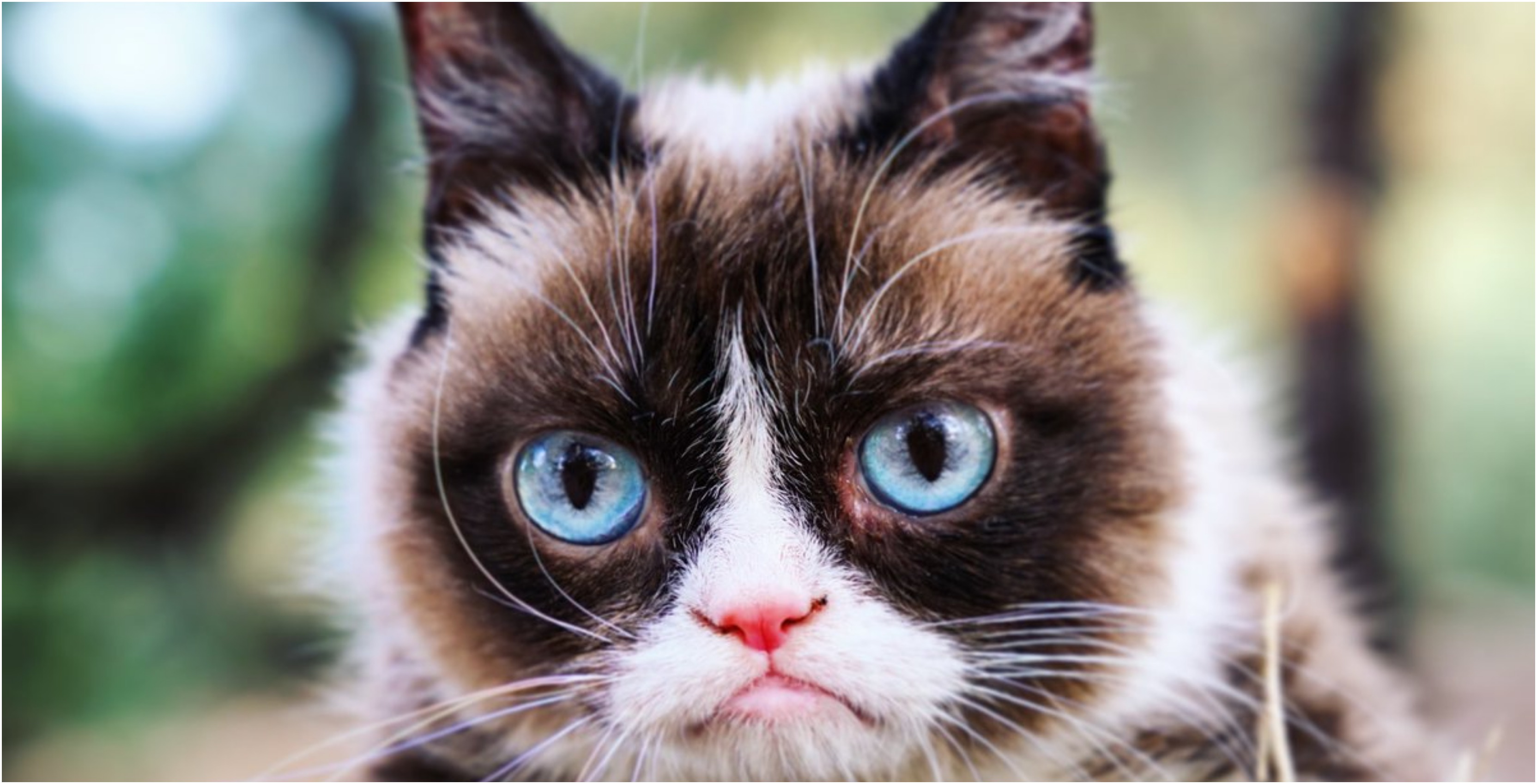 The world-famous cat behind a number of iconic memes, Grumpy Cat, has officially died on May 14th in the “arms of her mommy, Tabatha.”

Some days are grumpier than others… pic.twitter.com/ws209VWl97

Grumpy Cat gained fame on the internet for her permanent frown. She first became an internet celebrity six years ago when her owner, Tabatha Bundesen, posted an image of her frown.

She was featured on several magazine covers and advertisements. Grumpy Cat even starred in her own movie titled Grumpy Cat’s Worst Christmas Ever.
Her family says that besides being their baby, Grumpy Cat “helped millions of people smile around the world.”

People are posting tributes on Twitter under the hashtag #GrumpyCat.