Facebook is getting rid of its Trending section next week

The company is making room for a revamped news experience 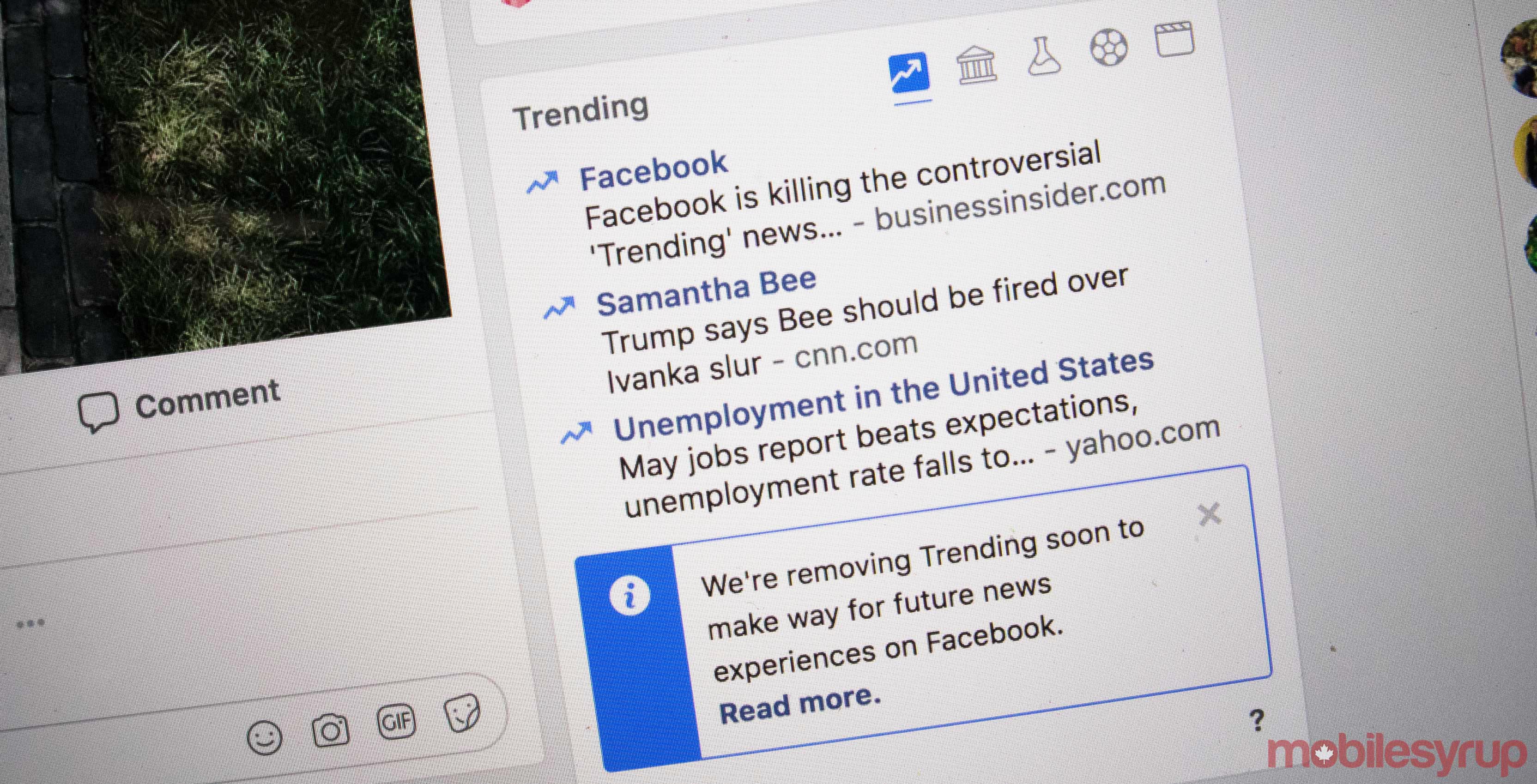 Facebook has announced today that it’s going to be removing the Trending section from its platform to make way for a modern news experience.

Facebook said that it will be removing the Trending section “next week and we will also remove products and third-party partner integrations that rely on the Trends API.”

Trending was added to Facebook in 2014. Since then, the Menlo Park social networking giant’s trending platform has received flak for being influenced by fake news and not having enough human editorial oversight.

The Trending feature was only available in five countries and Facebook found that it wasn’t very useful for news publishers.

The company is also testing a new feature called ‘Today In.’ This section will be a place on the platform that will show users local breaking news from news organizations and official offices from the user’s location.

Finally, Facebook said that it will be adding news content to its Watch section in the U.S. to cover live news coverage, daily news briefings and weekly deep dives.

Watch is currently unavailable in Canada.

“We are committed to ensuring the news that people see on Facebook is high quality, and we’re investing in ways to better draw attention to breaking news when it matters most,” said Alex Hardiman, head of news products at Facebook, in a June 1st, 2018 media release.