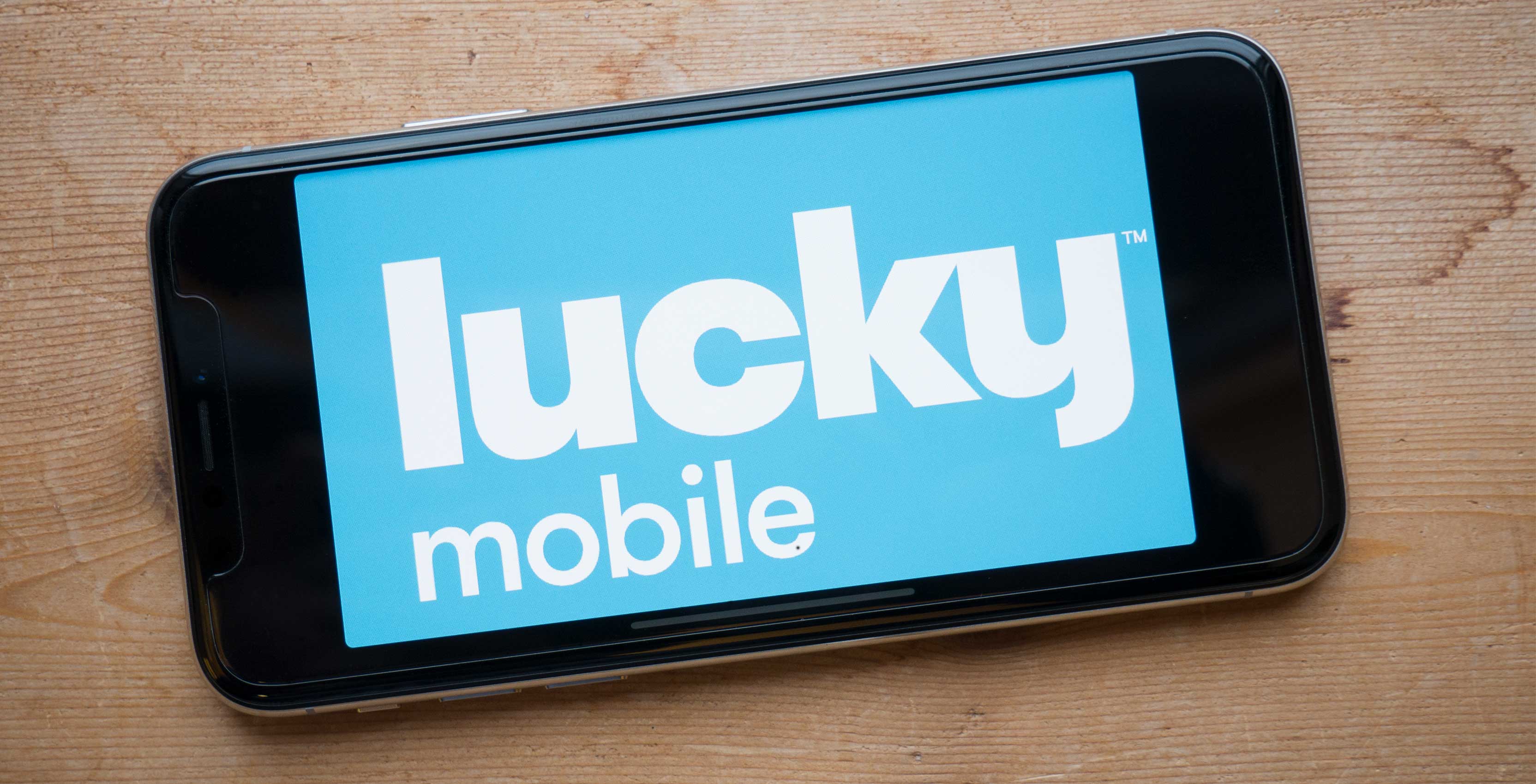 Bell is once again throwing its hat in the prepaid wireless carrier ring with the launch of Lucky Mobile.

The new prepaid-only brand offers plans starting at $20 for talk and text and begins operation December 4th in Ontario, Alberta and British Columbia.

“Whether you’re a student or young person just entering the workforce, a senior on a fixed income, a new Canadian who hasn’t yet built up a credit profile or anyone looking for the easiest and most affordable wireless experience, Lucky Mobile puts you in control,” said Blaik Kirby, president of Bell Mobility, in a statement to MobileSyrup.

Lucky Mobile’s plans don’t require a credit check or any long-term contract. Customers are simply signing up for 30-day services, paid for in advance rather than billed.

The company specified it’s aiming to reach the new-to-Canada demographic and believes it has competitors beat with its ‘Service Passes,’ which are $3 or $5 add-ons that Lucky Mobile is offering in replacement of pay-per-use rates.

For example, instead of using pay-per-use calling rates when outside the correct zone, users will receive a message alerting them they are outside the zone which prompts them to purchase a Service Pass through Lucky Mobile’s app in order to gain service once more.

The company suggests this gives customers peace-of-mind that they aren’t accidentally draining the credit on the account and makes Lucky’s services more appealing than its competitors.

Lucky Mobile’s data plans feature “3G-equivalent” access speeds of up to 3Mbps, though the carrier confirmed that traffic will flow through the company’s 4G network.

The plans offer a select allotment of full-speed data, after which customers can continue to use data – but at speeds throttled to around 128Kbps (in other words, EDGE speeds).

In addition to their cellular network service, Lucky Mobile is planning to launch an app in 2018 that allows customers use talk and text over Wi-Fi.

Unlike Public Mobile, but similarly to Chatr, the company is selling a few budget smartphones from Alcatel, LG and ZTE outright. It’s currently unclear what specific smartphone Bell plans to sell through Lucky.

The brand will have no storefronts at launch, but will be available via 1-833-88-LUCKY or at Walmart, Wireless Wave, TBooth wireless, Wireless etc., Cellular Point, Visions Electronics and select The Source locations. Bell says it will explore the possibility of Lucky branded storefronts in the future. 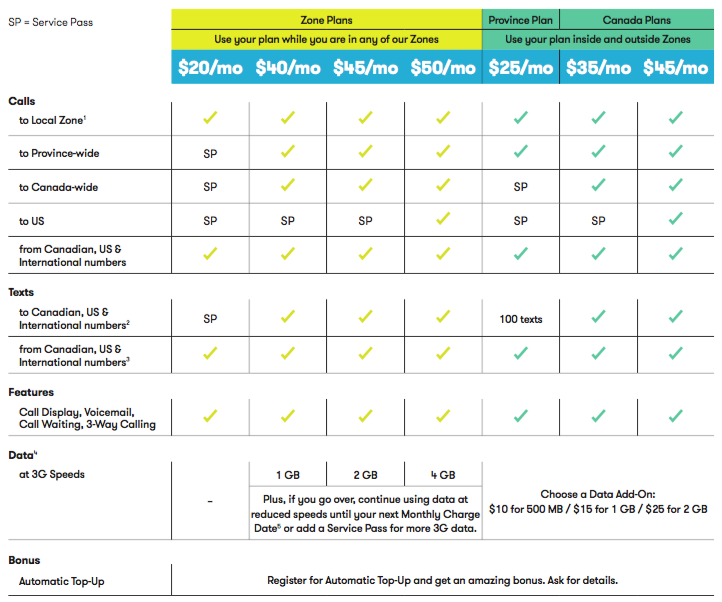 Lucky Mobile’s plans are divided into two types: Zone Plans and Province and Canada Plans. With the Zone Plans, Lucky is once again following a similar tactic to Chatr, offering service in 17 relatively densely-populated zones across Canada.

Below, see a comparison of Lucky Mobile’s $40 1GB plan against similar offerings from its competitors.

For its lowest-priced plan, the $20 Zone Plan, customers get the following features:

To add data or outgoing text, customers will need to purchase an above-mentioned Service Pass, which are available for $3 or $5 per month and are valid for $30 days.

At $50, customers get unlimited incoming and outgoing calls Canada-wide and to the US; international text messaging and 4GB of full-speed data.

At the highest end of the non-Zone plans, a $45 Canada Plan gives users unlimited calling Canada-wide and to the US, plus incoming international calling and unlimited international text.

For the Province & Canada Plans, customers must choose a data add-on: $10 for 500MB, $15 for 1GB and $25 for 2GB. The new carrier is also offering international calling services that promises 300 minutes to China and Hong Kong for $5 per month.

Bell recently reported its Q3 2017 earnings, indicating that its wireless subscriber base now sits at 9,008,273. Postpaid subscribers accounted for 8,243,446, representing 91.5 percent of the carrier’s total business.

To put Bell’s strategy with Lucky in perspective, out of the company’s 9,008,273 wireless subscribers — which amounts to an increase of 7.5 percent over last year — the carrier only has 764,827 prepaid wireless customers.

With Bell’s prepaid business declining over the last few financial quarters, launching a new budget-focused flanker brand is likely an effort to increase its revenues and overall subscriber base.