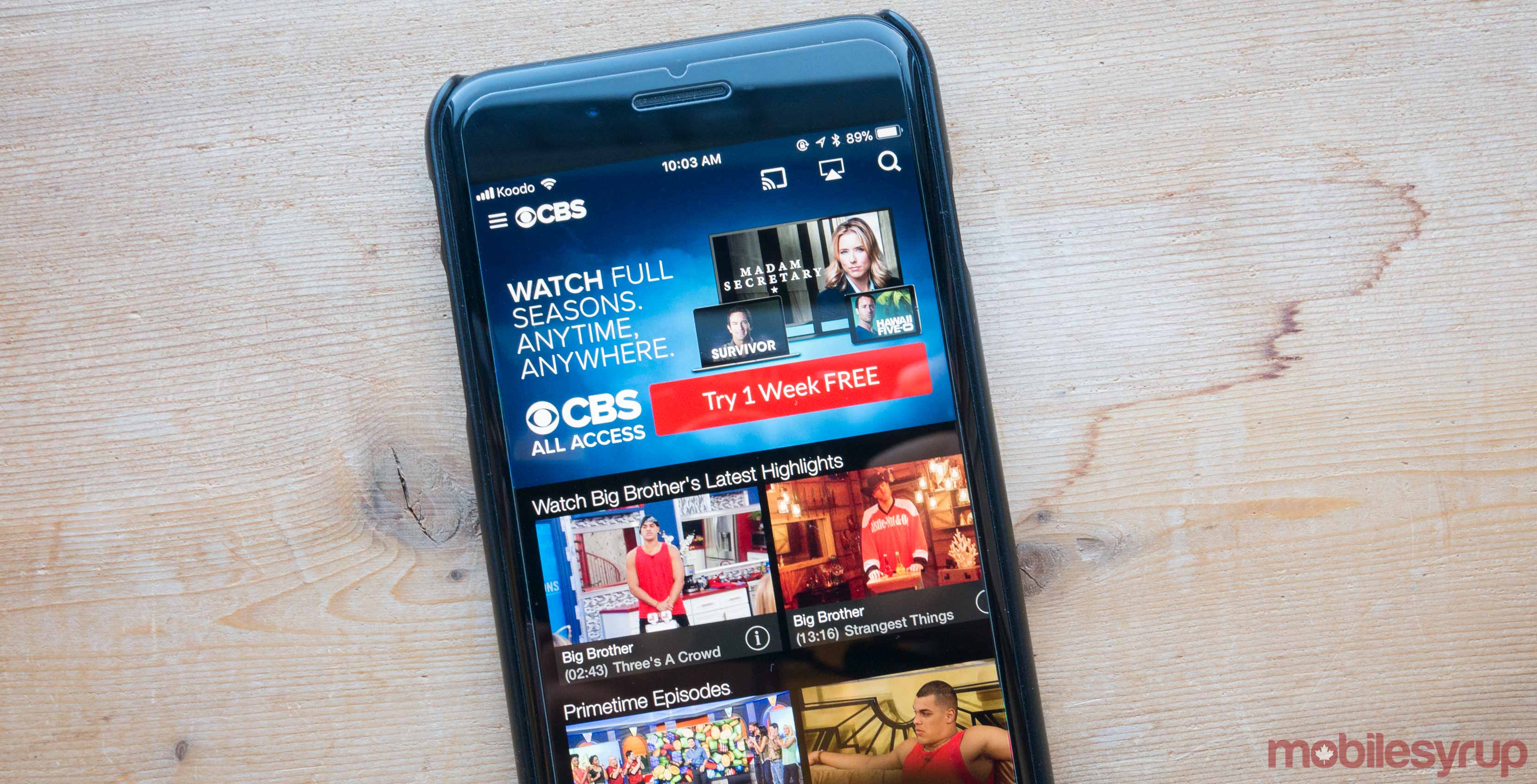 CBS has announced plans to expand ‘CBS All Access,’ the company’s over-the-top streaming service, to international markets, including Canada.

The expansion is set to launch in Canada towards the first half of next year, with other markets to follow suit after.

CBS revealed that it will also eventually launch a sports streaming service, though the company was light on details regarding the upcoming platform.

“CBS All Access is growing faster than we anticipated domestically, and now represents a whole new opportunity internationally as well,” said Leslie Moonves, chairman and CEO of CBS, in a statement regarding the expansion. “By going direct-to-consumer around the world, we will facilitate new connections between the global audience and our industry-leading premium content.”

It’s worth noting that one of CBS All Access’ upcoming flagship shows, Star Trek: Discovery, won’t be available on the platform in Canada. Bell Media’s Space channel and over-the-top CraveTV streaming service currently hold exclusive Canadian rights to the series.

Though this is only one TV show, Star Trek: Discovery not being available on the platform could limit demand for All Access in Canada.

In terms of CBS’ live streaming sports platform, it will be interesting to see if the service actually makes its way to Canada.

Streaming upstart platform DAZN — which aims to become “the Netflix of sports” —  now holds the exclusive Canadian streaming rights in 2017 rights to NFL Game Pass and NFL RedZone, which includes livestreams of every NFL regular season, post-season and pre-season game.

Prior to DAZN’s launch, Canadians were able to buy online streaming packages through apps like Rogers’ NHL Game Centre and MLB At Bat, though many matches are often regionally blacked out. DAZN, however, isn’t subject to blackouts, which means the games will still be available on the platform when they’re also on live TV.

DAZN also recently revealed that it will soon stream European soccer, rugby, tennis and other sports.

It’s unclear how much CBS plans to charge for its All Access platform in Canada, though in the U.S. All Access is priced at $5.99 USD for its base monthly plan.