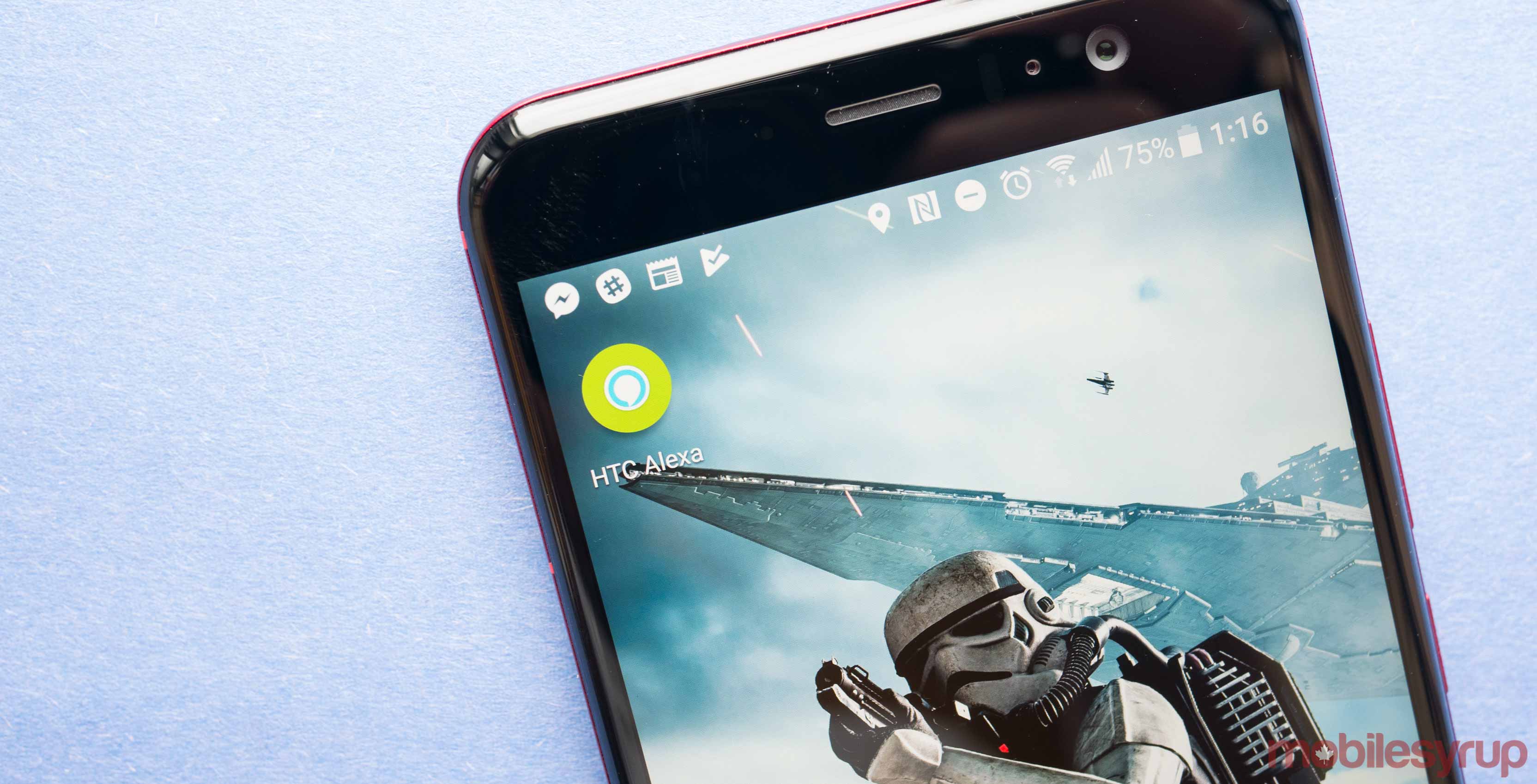 The HTC U11 was unveiled back in May and with it the promise of two voice activated assistants on the one device, Google Assistant and Amazon’s Alexa.

The smartphone was released with Android 7.1.1 (Nougat) featuring Google Assistant, but HTC fans were told to wait for the Amazon Alexa integration. Furthermore it was unclear at the time if the voice-activated assistant would become available to Canadians.

Currently, Amazon’s AI isn’t widely officially available in Canada, with only the iMCO Co-Watch and the Martian mVoice, smartwatches featuring Alexa functionality. However, those who want either device have to order it from both companies’ American websites. Additionally the LG InstaView smart refrigerator features Alexa integration and can be purchased at Lowe’s Canada.

Though not very many typical devices feature Alexa, not one single smartphone available in Canada features the AI except for the HTC U11.

The HTC U11’s HTC Alexa app seems to only work with an Amazon.com account but not Amazon.ca. When in settings it appears the app only has English (U.S.) and as expected, there is not Canadian English or French Canadian setting. Furthermore without the Amazon Alexa application, which is only available in the U.S., the U11 can’t connect to smart home devices.

However, it is possible to get the Android Amazon Alexa app through a reliable APK mirroring website (do this at your own risk). Those interested will need to enable their Android device to allow apps to be installed from outside of the Play Store.

Once the companion app is downloaded, more ‘Skills’ become available, and the U11 can also control smart home appliances. It’s also worth noting that the APK can be downloaded on any Android device.

The native HTC Alexa app is able to answer questions, such as those related to weather (though the temperature is only in the imperial). You can also ask Alexa to search Wikipedia, play a variety of games, and add items to your Amazon.com shopping cart. Though without an American Amazon Prime account, the app can’t order items for you.

Apple Music is now available on Alexa devices in Canada