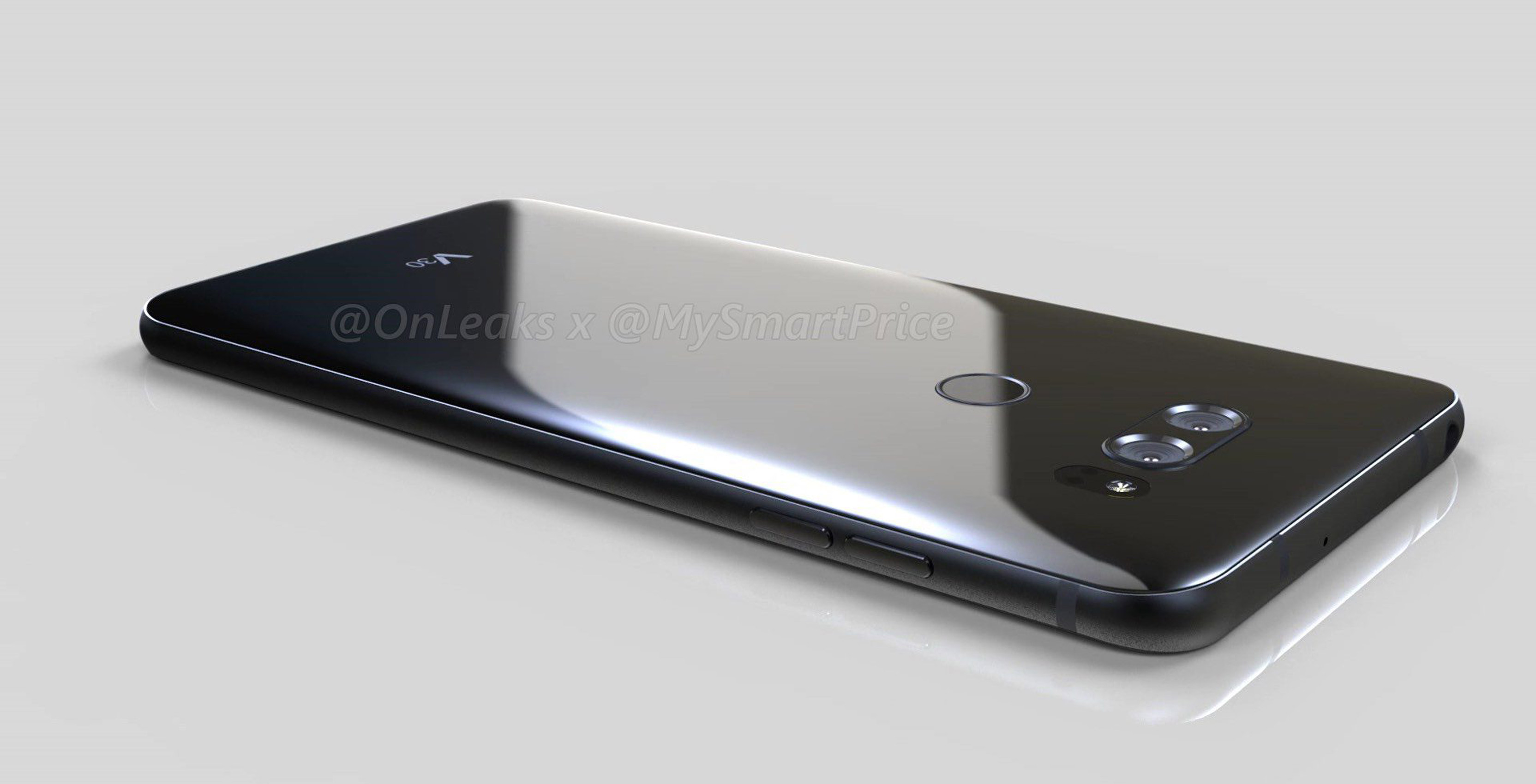 The leak comes courtesy of Steve Hemmerstoffer, otherwise known as OnLeaks, and MySmartPrice. According to Hemmerstoffer, the renders were created using CADs that he says were sourced from a factory (he doesn’t say in exact terms if it’s one of the plants producing the V30).

For V10 and V20 fans that have been following the V30 rumour mill, it’s likely these renders will be disappointing. When word of the V30 first started to percolate out onto the internet, an early render, courtesy of Evan Blass, showed a device that married the design of the BlackBerry Priv with a MacBook Pro-like Touch Bar. What’s pictured in these renders shows a much more traditional smartphone.

Most notably, there’s no indication, at least from these renders, that the V30 will feature a secondary display like the V20 and V10. This corroborates an earlier report from XDA Developers that stated LG planned to both drop the V10 and V20’s secondary display, the feature that has come to define the lineup, and instead ship its first OLED display smartphone.

Moving to an OLED display obviates the need for a secondary display since OLEDs can power only a couple of pixels at a time, making it much more feasible to include an always-on display. One other added benefit of OLEDs is that the resulting device can feature more of a curve; in fact, looking at the render of the V30, it’s clear it’s curvier than its predecessor.

The V30 pictured here doesn’t look quite like the S8, but it looks more like one of Samsung’s phones than any past LG device. One other benefit of an OLED screen is that it’s one of the components required for Daydream certification.

Elsewhere, the V30 includes more of the same features we’ve come to expect from LG. Like the G6, it has a dual rear-facing camera. In this case, however, LG appears to have altered the design slightly, with there being more space between the two lenses and the flash module is its own separate component.

The company’s love-it-or-hate fingerprint sensor and power on button also appears set to make a return. Other returning features include a USB-C port, headphone jack along the top of the device and one bottom-facing speaker.

According to Hemmerstoffer, the phone is also set to include wireless charging. Past rumours have indicated that the V30 will include a Snapdragon 835 processor, 3,200mAh battery and IP68 dust- and water-resistance.

LG is expected to announce the phone this September at IFA Berlin.