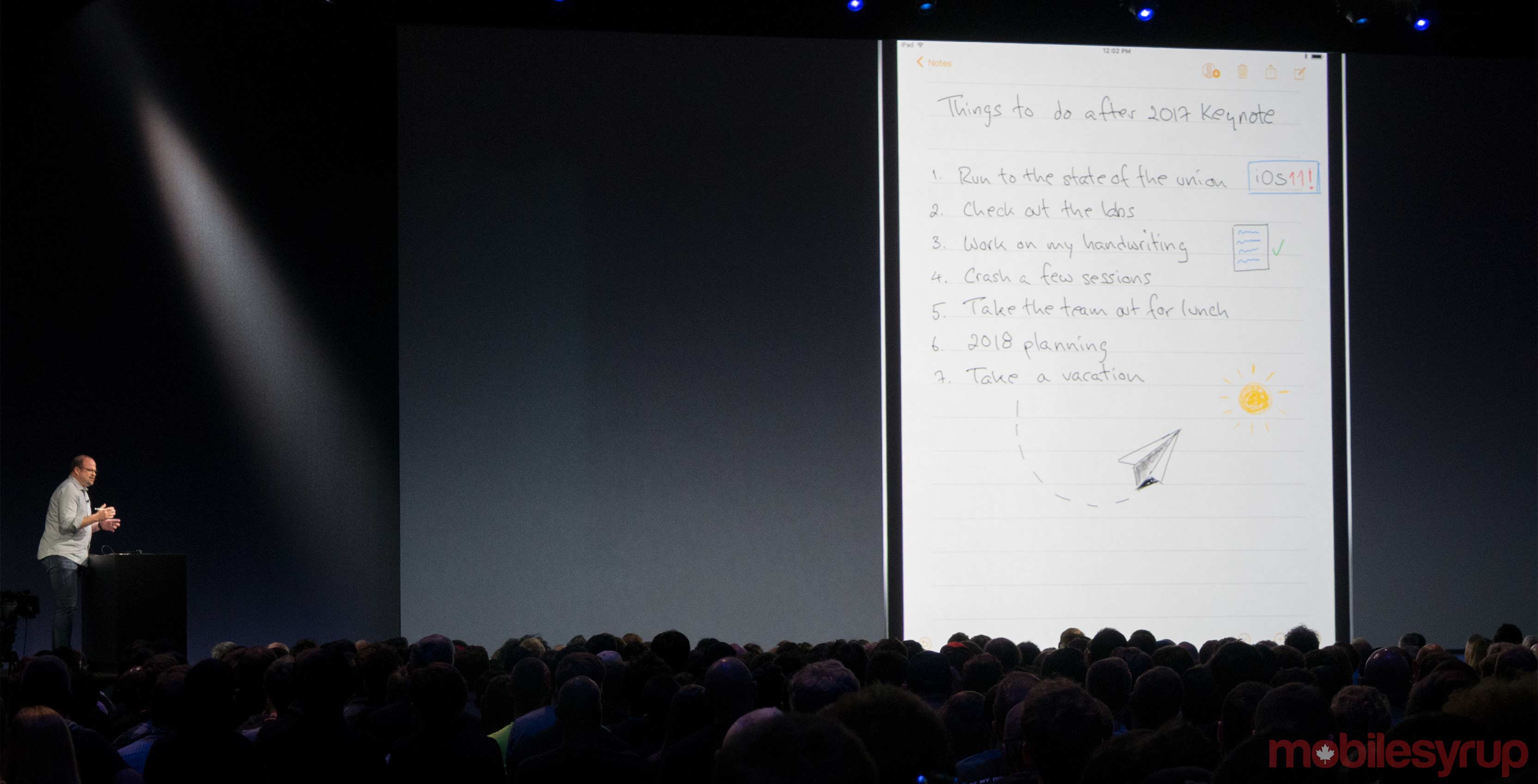 The updated Markup feature allows iPad users to draw all over almost anything on their iPads, including the Notes app.

IOS 11 also brings a document scanner to the Notes app.

Using the iPad camera, users can take photos of physical documents, digitize those documents, preserve all of their formatting, and manipulate the digital documents using Apple Pencil.

The document scanner and deeper Apple Pencil integration will launch with iOS 11 later this year.