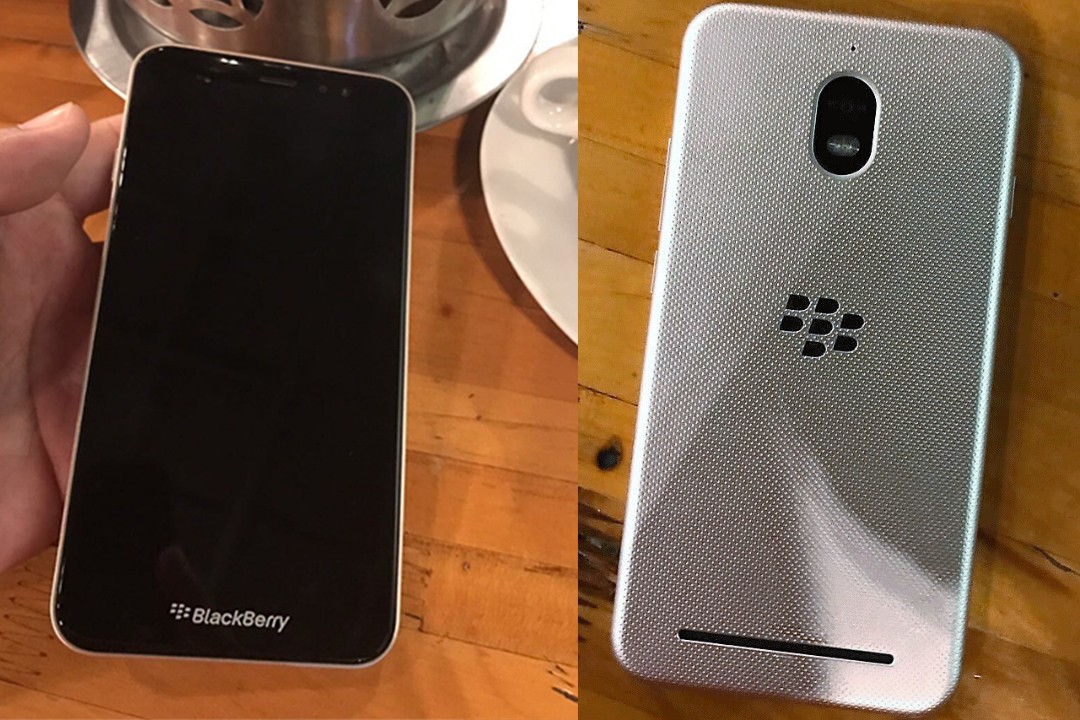 Back at the start of the year, information started coming out about a new BlackBerry device codenamed BBC100-1. On Tuesday, images of the mid-range device surfaced courtesy of CrackBerry.

In a first for BlackBerry, the phone is said to feature a Dual-SIM slot. Otherwise, it’s mostly a low-end affair. The phone, according to a previous leak from WinFuture‘s Roland Quandt, features a Snapdragon 425 processor, 5.5-inch 720p display, 4GB of RAM and 32GB of internal storage.

It’s unlikely this device will ever come to Canada, or, for that matter, any country outside of Indonesia.

The BBC1001-1 was designed and manufactured by an Indonesian firm called PT BB Merah Putih.

In September, BlackBerry signed a joint software and device licensing agreement with PT Tiphone Mobile, creating PT BB Merah Putih in the process. The joint venture has the exclusive license to build and sell phones bearing the BlackBerry name in Indonesia.

BlackBerry has a similar agreement in place with India’s Optiemus Infracom LTD. Meanwhile, TCL Corporation, the company behind the KEYone, owns the global rights to BlackBerry’s brand.