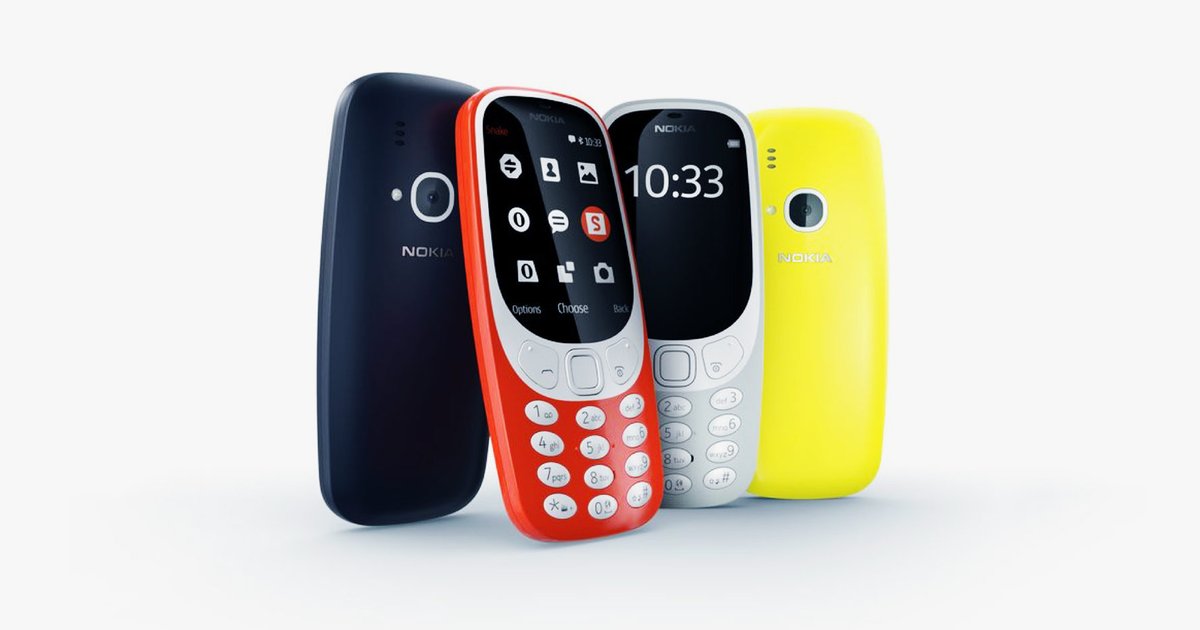 In addition to the Android-powered Nokia 6, Nokia 5, and Nokia 3, HMD Global is also reviving to the mega-popular Nokia 3310 feature phone. “The icon is back,” says the company.

The Nokia 3310 was originally released back in the day from the early 2000s and is now reborn with a more modern look. The phone features a 2.4-inch QVGA display, 2-megapixel camera, and a microSD slot. There’s even a modern version of Snake included built into the phone as well.

It’s unclear if Nokia and HMD plan to release their new line of Nokia smartphones in Canada, but given the plan for a global rollout, it’s more than likely at least some Canadian carriers will soon start selling the devices. As soon as we have more detail, MobileSyrup will be sure to let our readers know.