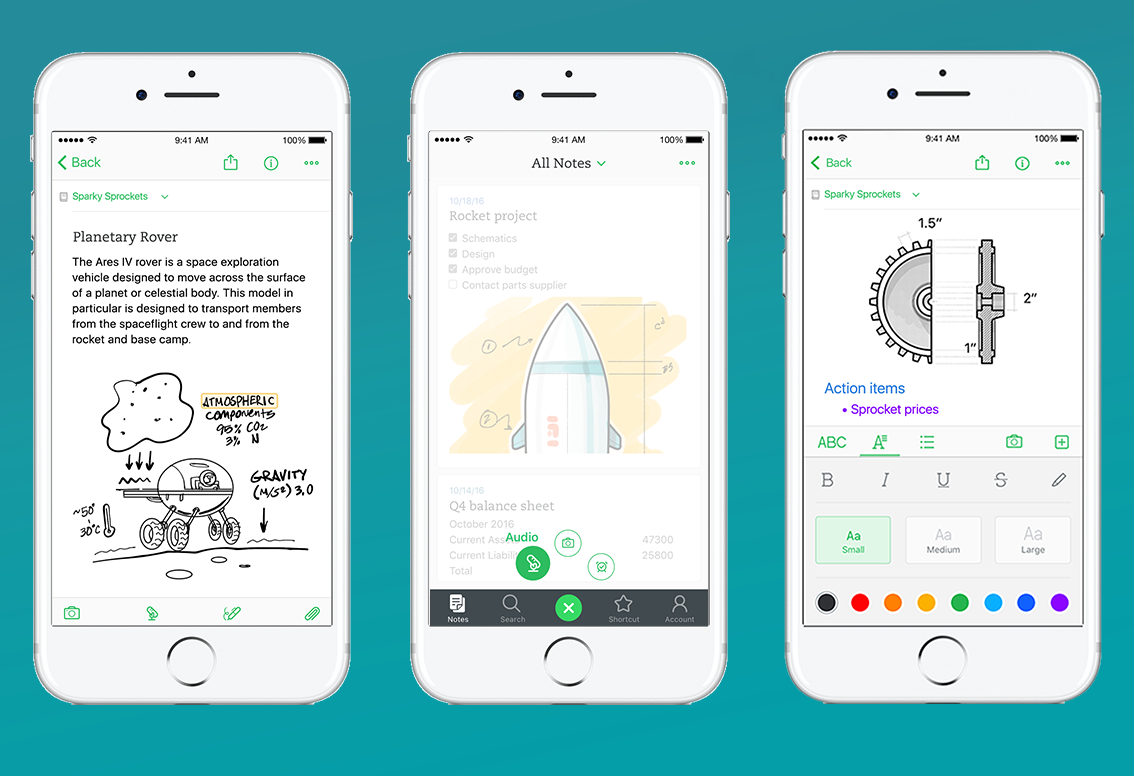 Now at version 8.0, the app features a new interface design that emphasizes speed and simplicity. The company reportedly “rebuilt” the app “from the ground up,” according to an Engadget interview with Evernote chief product officer Erik Wrobel.

Taking a page from the company’s own web client, the new app ditches the predominately green design of its most recent iteration for more of a traditional white look.

The most notable user experience change is that it’s now a lot faster to start jotting down text notes. Simply tapping the plus icon located at the bottom centre of the app’s main screen will quickly take users directly into a new text note. Holding down that same button allows one’s to create an audio, photo or reminder note. Flanking the centre plus button are icons that lead to the app’s notes, search, shortcuts and account functionality.

One new feature is a more robust formatting tool that allows users to change the colour of text.

The update comes after the company released — and then quickly stepped back from — a new privacy policy that would have allowed Evernote employees to read almost any note posted to the service. In his interview with Engadget, Evernote Chief Product Officer Erik Wrobel said the company will engage with users earlier to gauge whether a proposed change goes too far. He also indicated the company plans to consult with privacy and security experts in the future, though didn’t offer specifics on that aspect of the company’s future plans.

Evernote has yet to say when the updated interface will come to other devices. Users with both a personal and professional account now have an easier time of switching between the two.