Here’s what living the USB-C dongle life is like 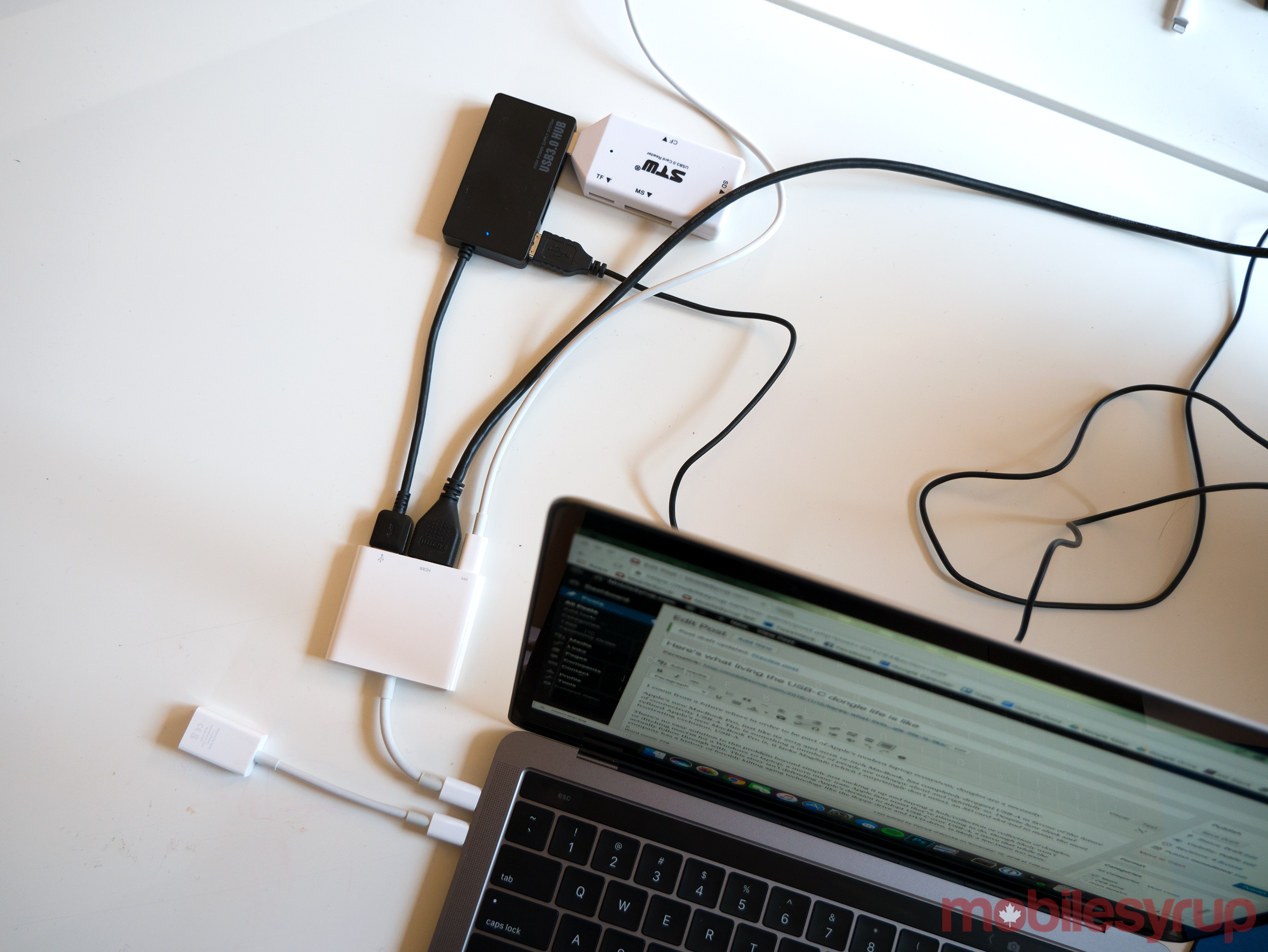 I come from a future where to be part of Apple’s new laptop ecosystem, dongles are a necessity.

Apple’s new MacBook Pro, just like its 2015 and 2016 12-inch MacBook, has dropped USB-A in favour of the future of connectivity, USB-C. This is something a number of people are unhappy about and rightfully so. Despite how sleek and refined Apple’s new MacBook Pro is, it lacks MagSafe — which to my surprise I actually don’t miss — an SD card slot and to many, the most frustrating exclusion, USB-A.

There’s no easy solution to this problem beyond simply just sucking it up and buying a plethora of hubs and dongles, or ditching macOS for a Windows 10 laptop, a move many irate Apple fans insist they’re planning, though likely won’t follow through with. To quote a joke that isn’t funny anymore, perhaps these individuals just don’t have the “courage” to do so. 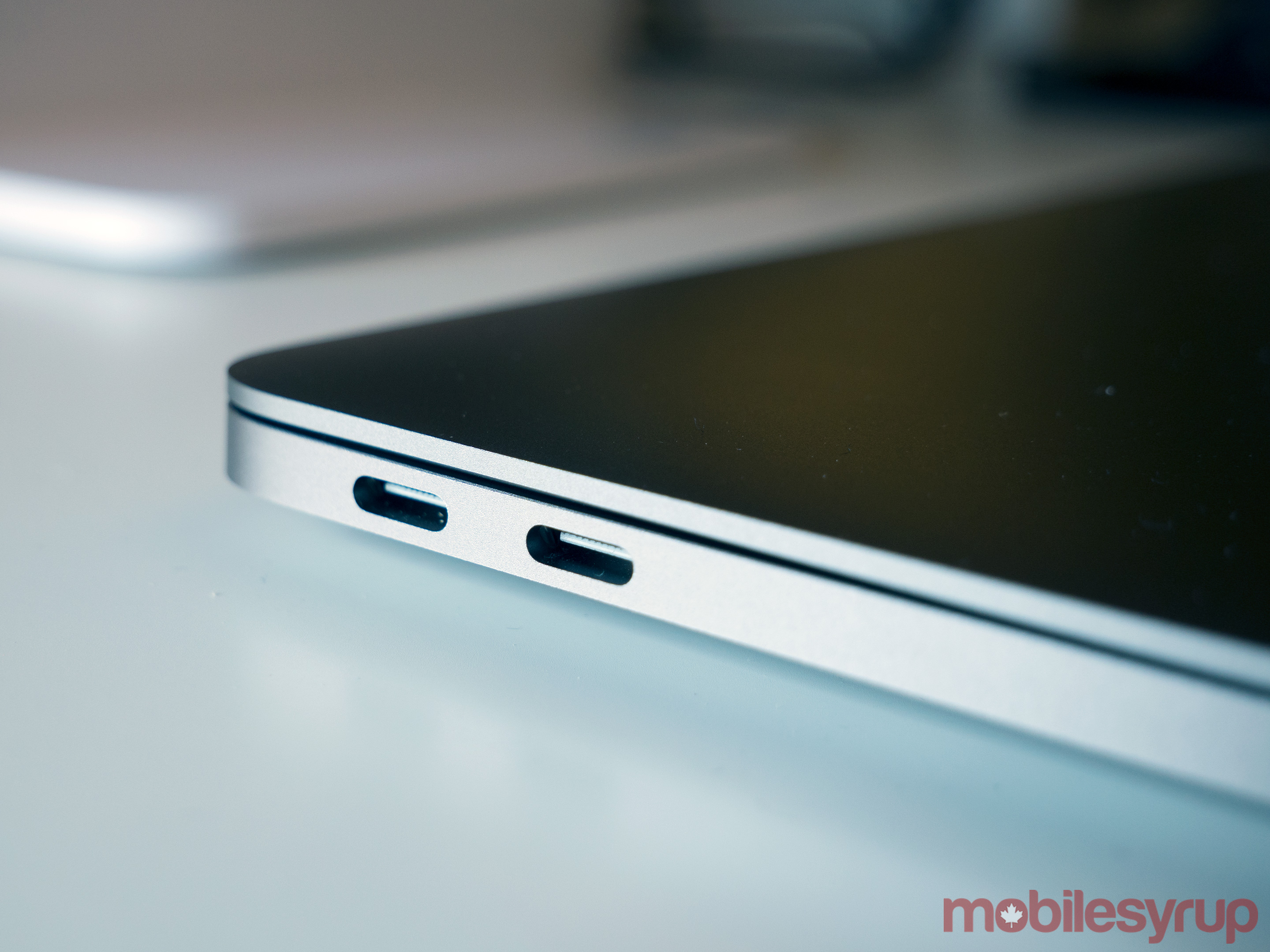 Apple’s decision to adopt USB-C over USB-A follows a historical pattern. The company has a history of forcibly killing aging technology like the floppy drive and DVD drive, though in the case of USB-A, this shift is likely a few years too soon.

I dream of a world where we use one port format for everything and Apple pushing the USB-C narrative is a step in the right direction towards that utopia. However, since that future isn’t here and likely won’t be for a few years, there are growing pains. The fact that Apple strangely stuck with Lightning over USB-C with the iPhone 7 also throws a wrench into my dream. I can plug Google’s Pixel directly into Apple’s new MacBook Pro and not the iPhone 7. Whatever way you look at this situation, it doesn’t seem right, especially for a laptop with the term ‘Pro’ in its name.

Now that what I affectionately refer to as the “dongle life” has gone mainstream, connecting a device to the new MacBook Pro is significantly more challenging than it once was. I, however, come from the future, having used Apple’s 12-inch MacBook as my primary computer for approximately a year, before switching to the Surface Book for the last six months or so. 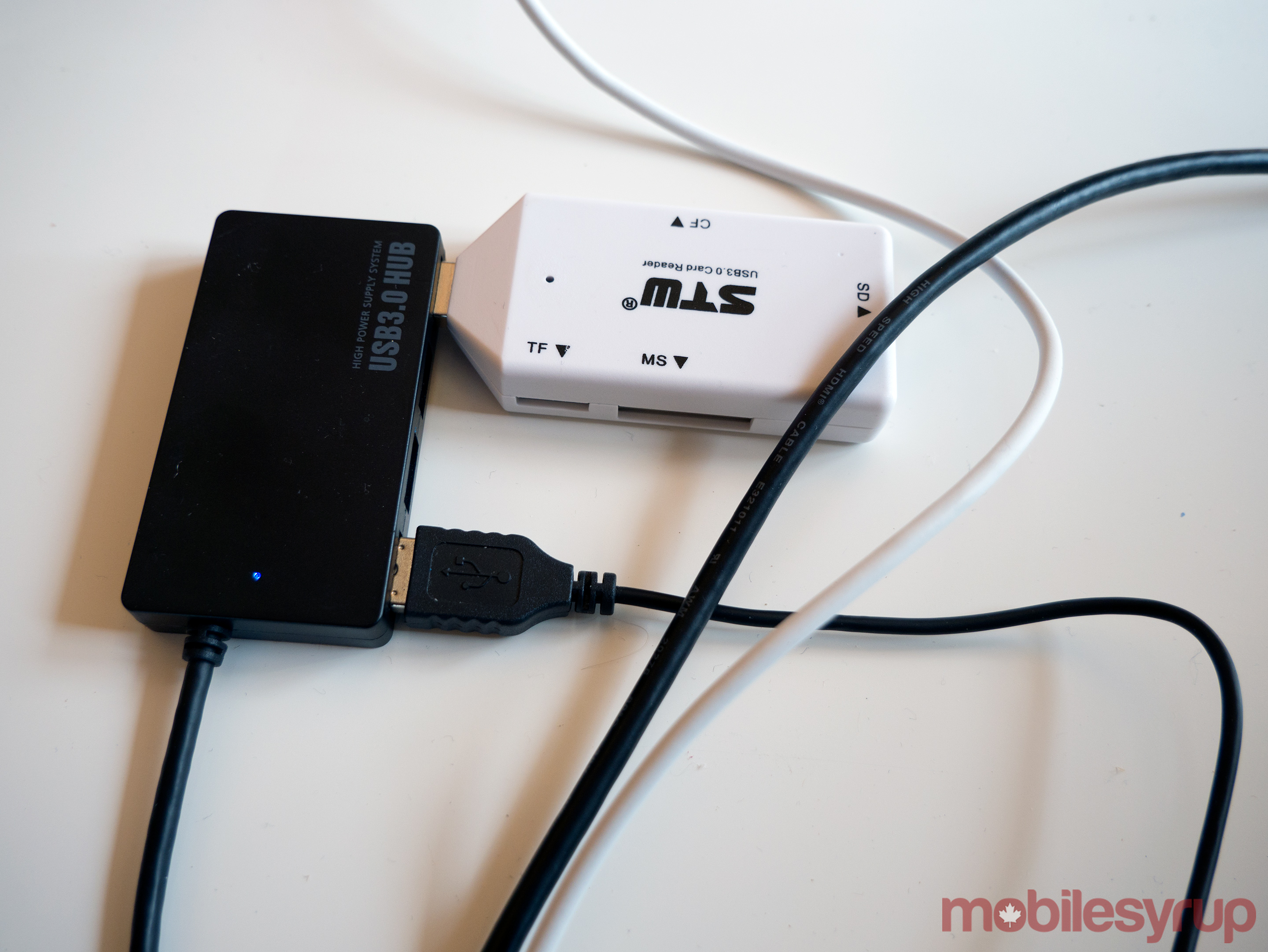 While the dongle life makes things more difficult, to some extent I fall in the target market for Apple’s new MacBook Pro laptop. I’m the type of user who doesn’t plug a lot devices into my computer when I’m on the go, covering events or traveling to or from work — though the lack of an SD card slot does make things more difficult for me when shooting photos at press events.

To circumvent this issue, I plug my camera, a Lumia G85, into a USB-C dongle, and pull photographs directly from the camera. Is this convoluted? A little bit, but it helps remove one step from the process of getting images directly onto my PC.

However, when I sit down at my desk at the MobileSyrup office, I’m forced to use a USB-C hub — my current dongle life accessory of choice is Apple’s USB-C Digital AV Multiport hub, which features USB-A, USB-C (for charging) and HDMI — allowing me to plug my monitor into the new MacBook Pro via HDMI and charge it at the same time. I also add a USB-A 3.0 hub to the mix so that I can plug both my mouse and an SD card reader into the new Pro. 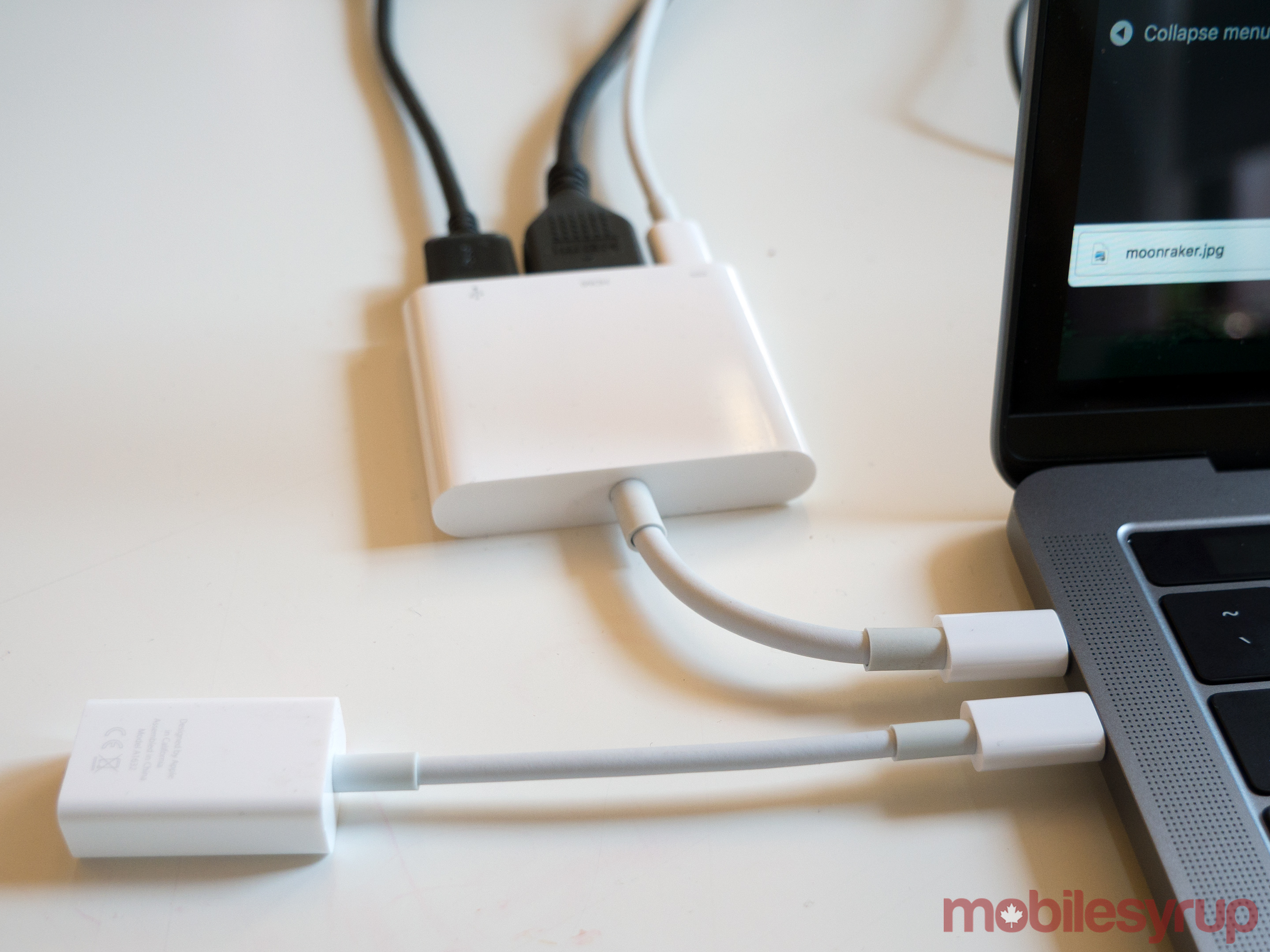 The resulting mess of cords and ports takes up a fair amount of space on my desk, but it gets the job done. In the future, I plan to buy a sleeker hub, perhaps one with multiple USB-A ports, but one that also includes a standard HDMI connection doesn’t seem to exist right now. Most USB-C hubs currently on the market suffer from connectivity issues and aren’t reliable. When a dominant player finally emerges with an affordable offering, I’ll definitely pick it up.

This is an interim period though and part of why to some extent I agree with Apple’s decision to adopt only USB-C in its new laptop. In a few years almost all devices, including monitors, will likely utilize USB-C, making this mess of dongles and cords a problem of the past.

It’s also important to note that technically the ports present in the new MacBook Pro are USB-C and Thunderbolt 3, with both protocols working through the same connector. The issue that begins to appear, however, is that while both connectors look the same, they don’t actually operate identically. 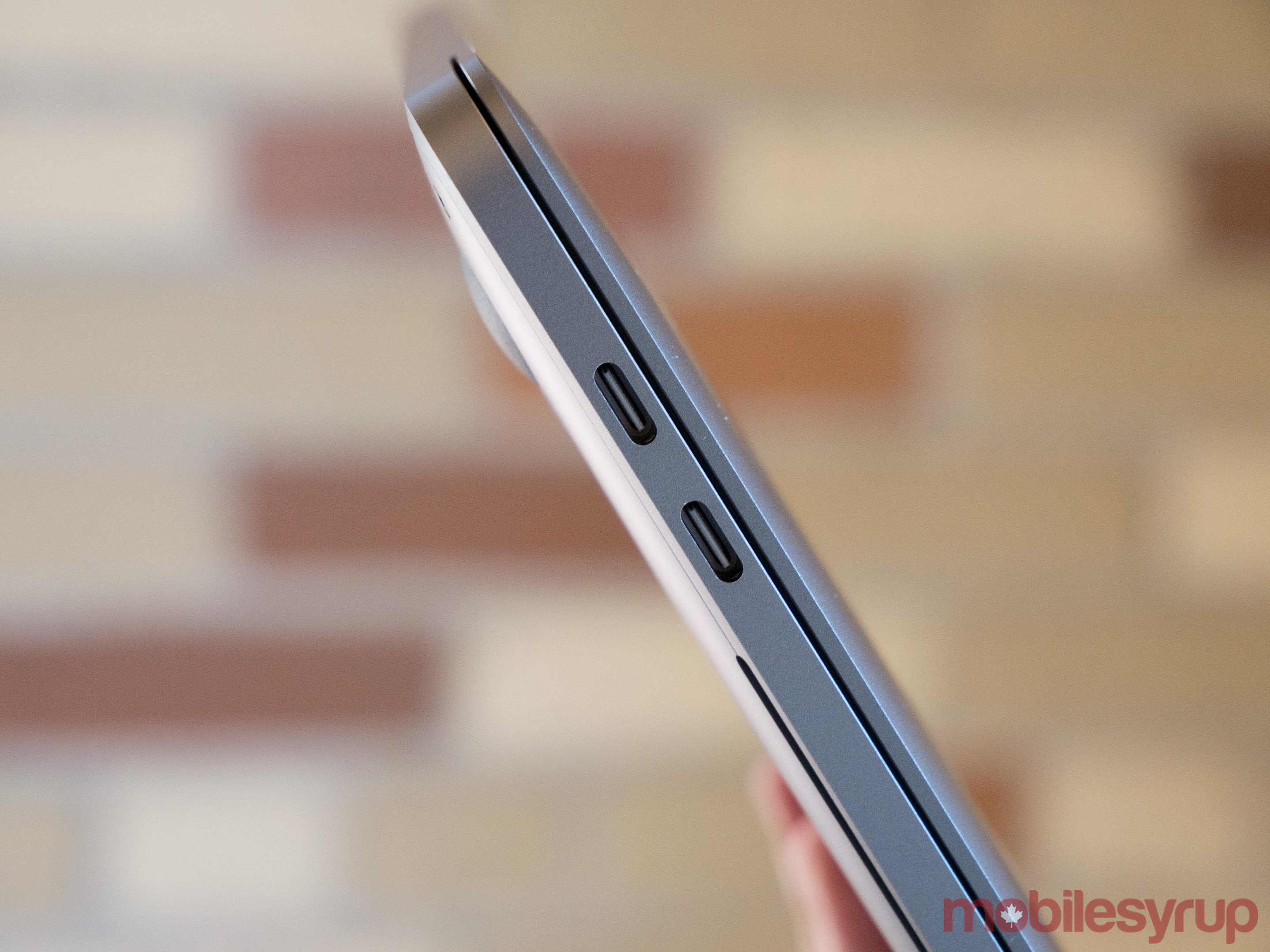 Nilay Patel over at The Verge has reported that plugging a DisplayPort monitor into a USB-C to Thunderbolt adapter doesn’t always work as you may think. Thunderbolt 1 and 2 use the same connector as Mini DisplayPort, but Patel’s adapter didn’t support DisplayPort and instead, just Thunderbolt. If the above two sentences sound confusing, you aren’t alone. The entire issue is difficult for almost anyone to wrap their head around.

Another example is the fact that the USB-C cable included in the MacBook Pro for charging purposes doesn’t work as a display connector. In addition, different ports on the new MacBook Pro also offer various throughput (this situation is complicated, so check out this story in Apple Insider if you’re interested).

In the end, navigating the complicated waters of USB-C is a chore right now, and consumers willing to deal with this mess will experience difficulties. On the bright side, Apple has lowered the cost of its USB-C adapters in Canada, though it likely would have been a good idea for the company to include some sort of hub for free in the Pro’s box in the first place.

USB-C is most certainly the future, the issue is that the future just isn’t here yet.