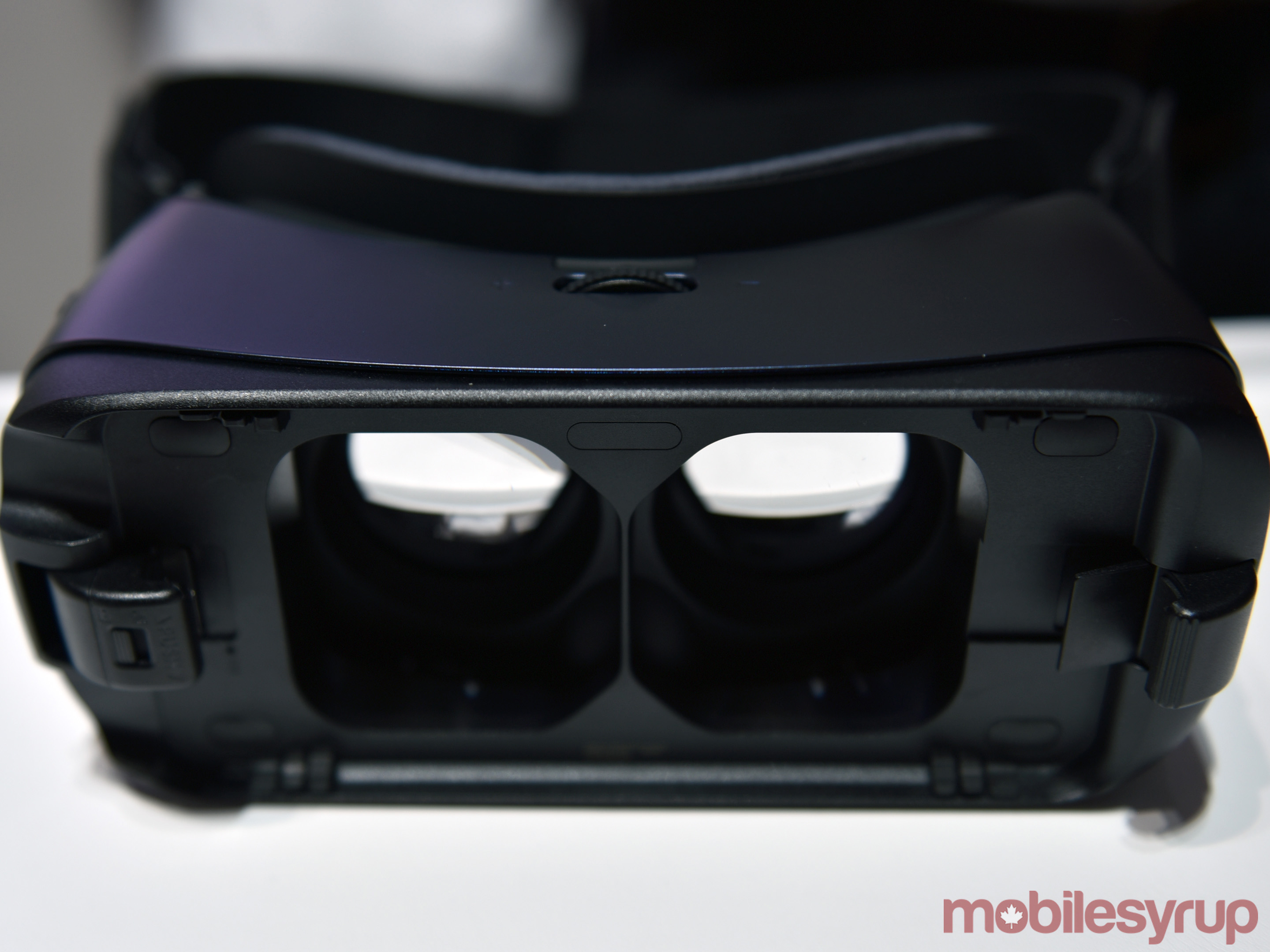 In a move that surprised absolutely no one, Samsung has given its Gear VR virtual reality headset a slight facelift, both to accommodate the new Galaxy Note 7 and improve the overall VR and 360-degree video viewing experience.

The deep navy blue-and-black body is still constructed of plastic, so this isn’t a huge departure in design philosophy from its predecessor, but it does have some notable changes that give it a distinct identity. Most of them, however, are updates to make room for the company’s obvious move to USB-C.

The lenses inside are larger, which was immediately obvious to me when first looking at the unit. They should theoretically improve the viewing experience by reducing the chances of any bleed from the fringes around them. The viewing angle is slightly increased to 101-degrees (from 96-degrees) because of this, which won’t translate into a substantial difference when viewing anything.

Don’t expect a resolution upgrade, either. Despite the curved edges, the Note 7 uses the same 5.7-inch display, resolution and pixel density of the Note 5, so there will be no 4K playback through the headset. 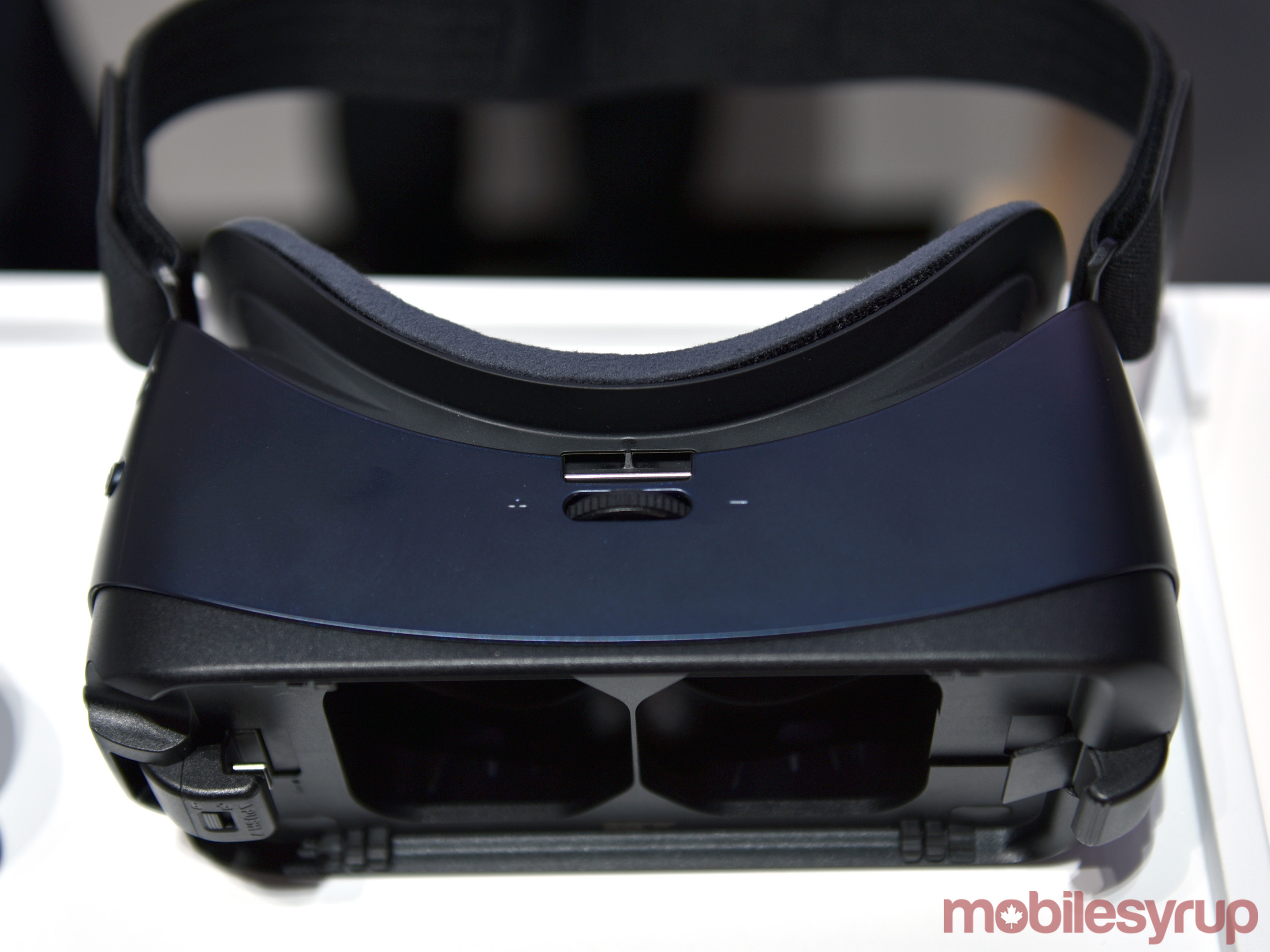 The bigger lenses can only improve visibility, but not sharpen content. The Note 7 also runs on the same processor as the S7 and S7 Edge, so there isn’t enough power to push this headset onto a different plateau that way, either.

Naturally, this means any existing content made for the Gear VR will work flawlessly here, too. Without an upgrade in hardware to go further, you can expect that apps, games and video made for the platform will remain status quo until Samsung does something different. 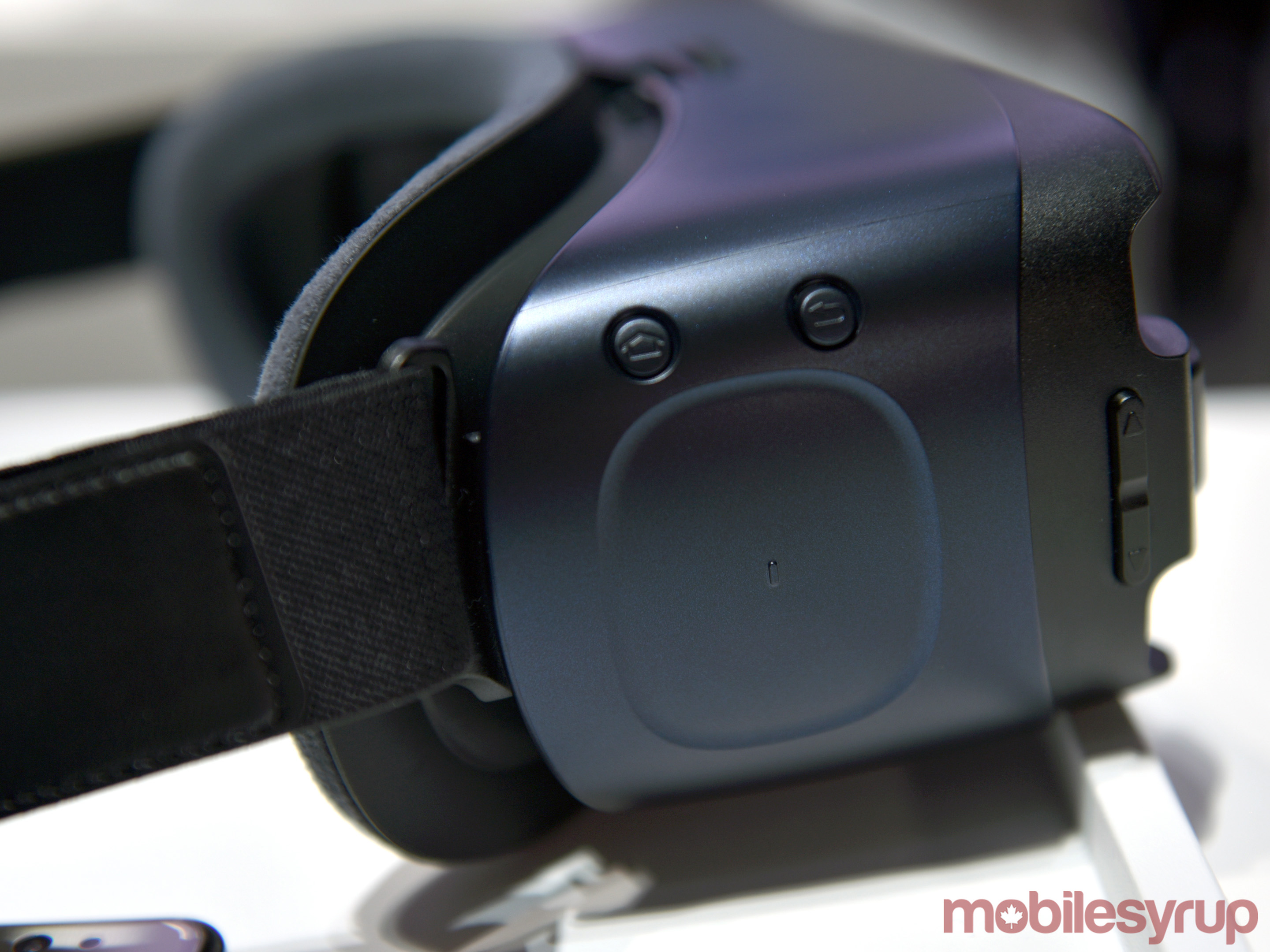 Just to clarify something I noted in the video: the new Gear VR doesn’t accommodate the actual USB adapter that ships in the box with the Note 7. The headset itself comes with its own swappable connector to make it easy to replace them. There is a switch to unhinge the latch that keeps them in place. 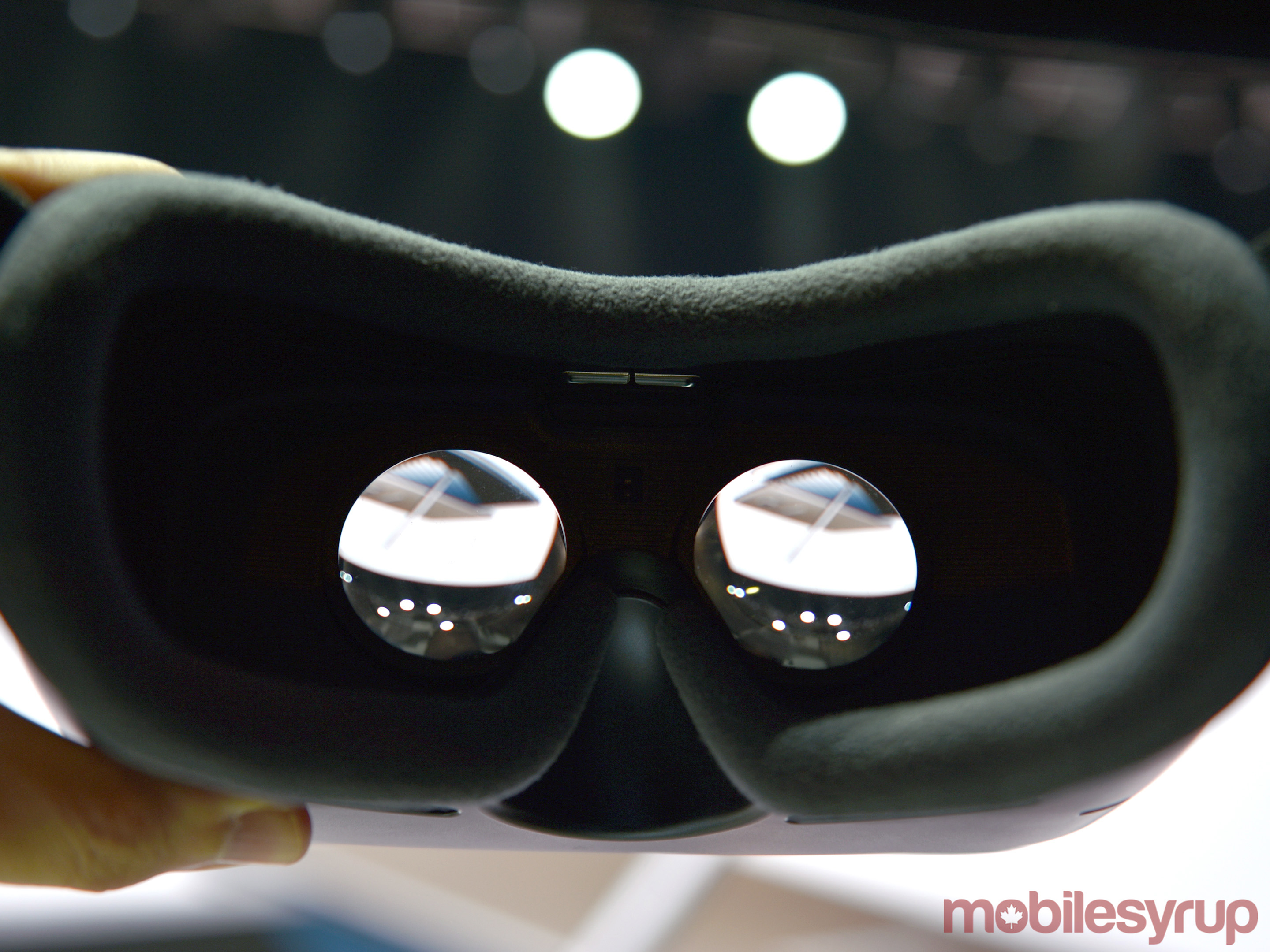 Samsung only glossed over the fact the USB-C port is dual-use in that it can transfer data, as well as charge a device. That should open things up enough for developers to presumably use the port for modular upgrades or accessories that might enhance the VR experience. No examples or prototypes were shown to suggest what direction it could go in, but the technical capability is in there.

The rest of the unit bears a resemblance as far as placement is concerned. The focusing wheel is up top, with the home and back buttons on the right side above the directional touchpad. The home button is a new addition, offering a quick way to go back to the Gear VR menu from any point during playback. 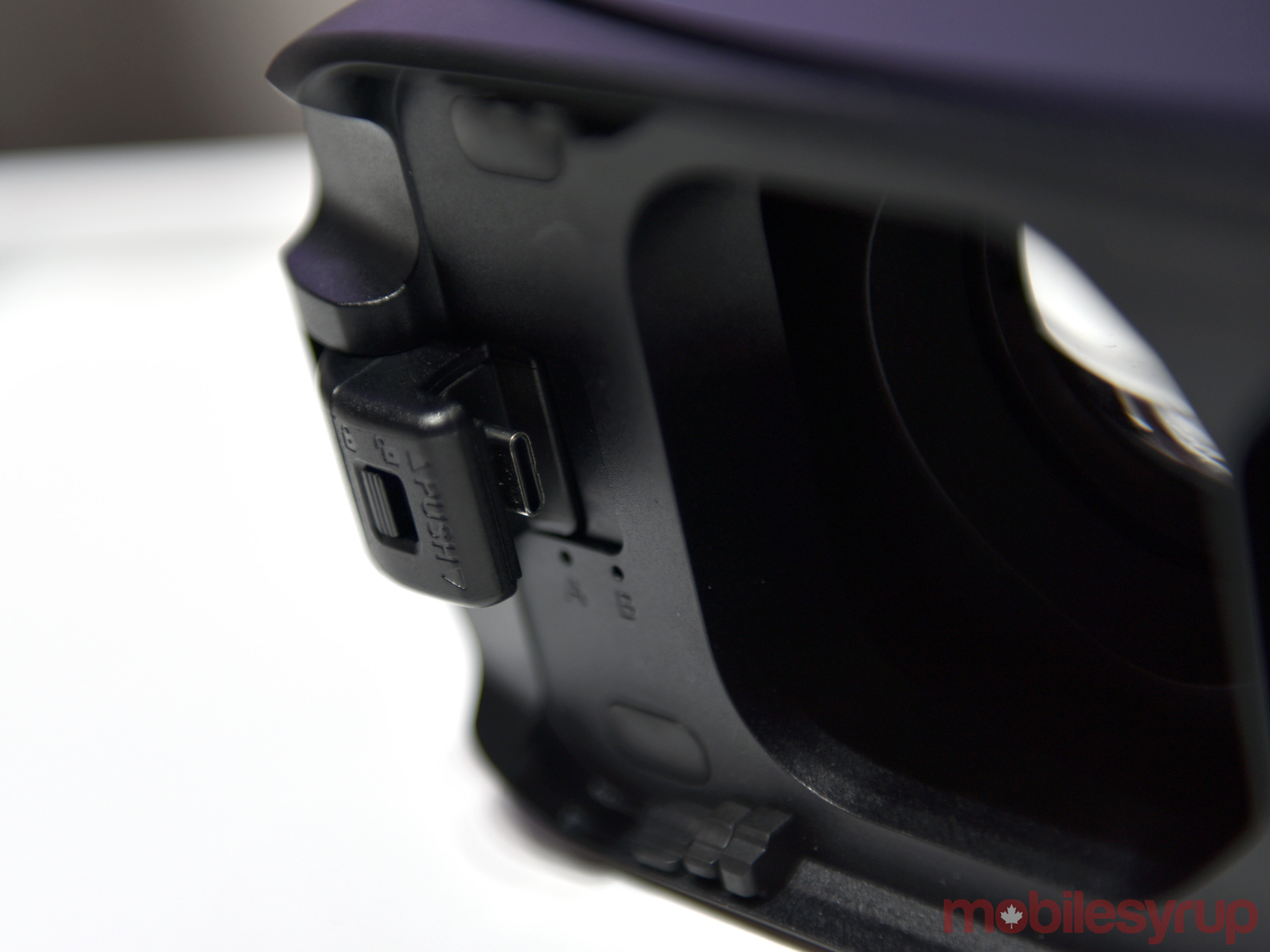 The padding is a softer fabric, and it feels that way when pressed against the skin. Thicker in volume to maintain the proper distance from the screen, it’s hard to say whether users will come away feeling less pinched, especially along the forehead. Samsung made it grey to accent the black body, but otherwise, there is nothing really special going on there.

Samsung has confirmed the new Gear VR headset will be available on August 19th in Canada, with preorders opening as early as today, according to Canadian executives. Bell has already announced that it will bundle the headset for $49.99 for customers who pick up the Note 7, either on a two-year contract or outright.

We haven’t confirmed outright pricing for the headset yet, but with it selling for $99 in the U.S., a $129.99 price point in Canada may be in the right range.