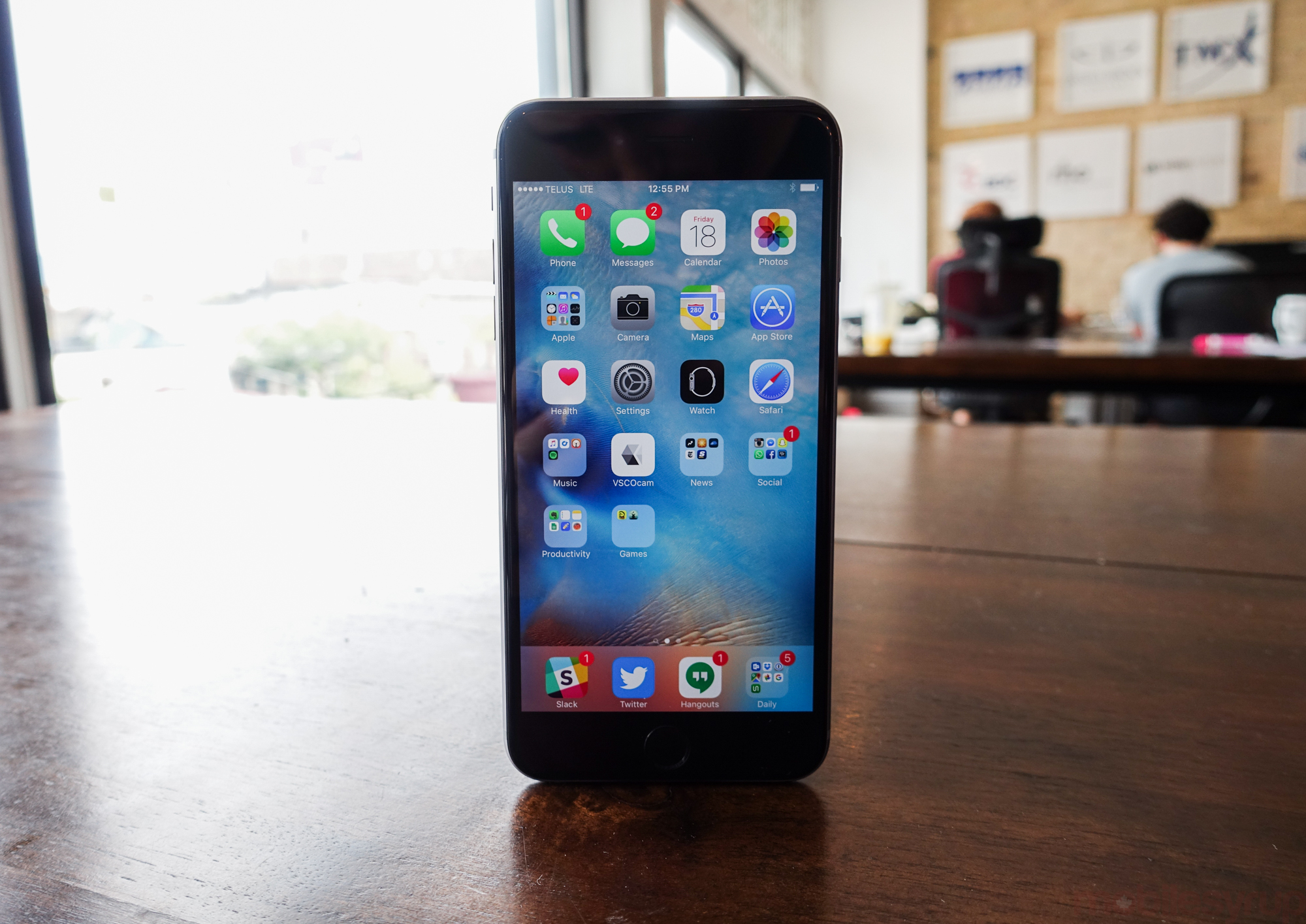 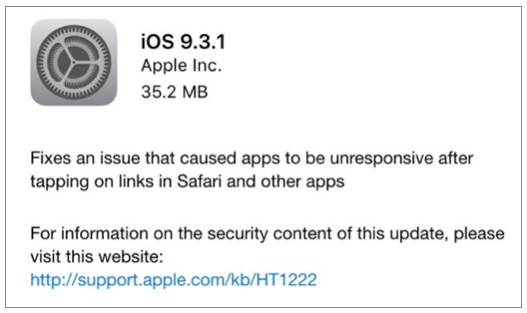 Today, Apple has pushed out an update to iOS 9.3.1 for iPhone, iPad and iPod Touch users that fixes the app crashing issue, or as the company says “unresponsiveness,” that plagued users when tapping on links in Safari.

The update is 35.2MB in size and can be installed through Software Update or via iTunes.