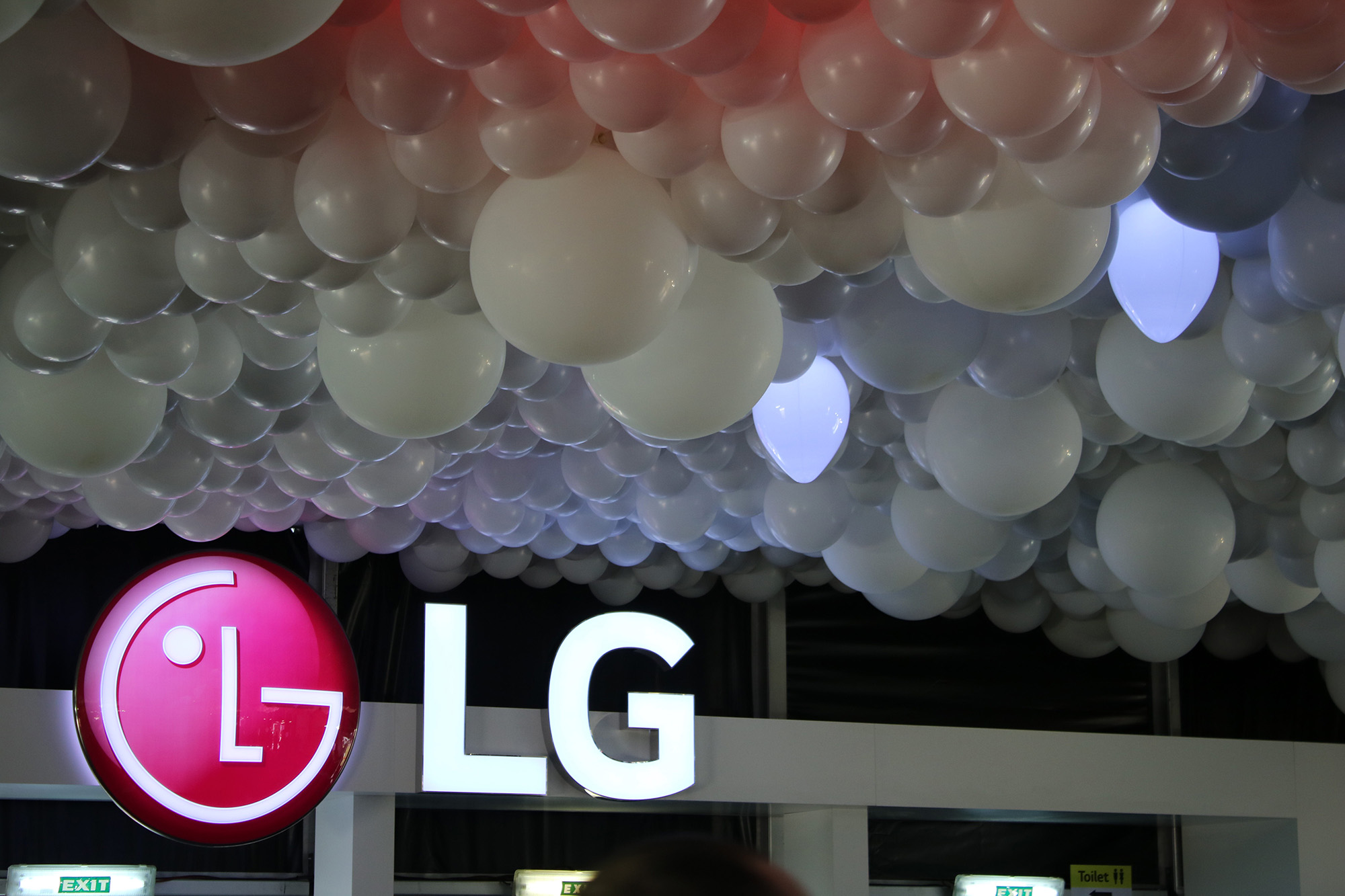 A complete redesign of the company’s previous efforts, the G5 features a 5.3-inch QHD display; Qualcomm’s latest SoC, the Snapdragon 820; 4GB of RAM; a rear mounted fingerprint scanner; a 2800mAh battery with quick charging; and 32GB of internal storage. 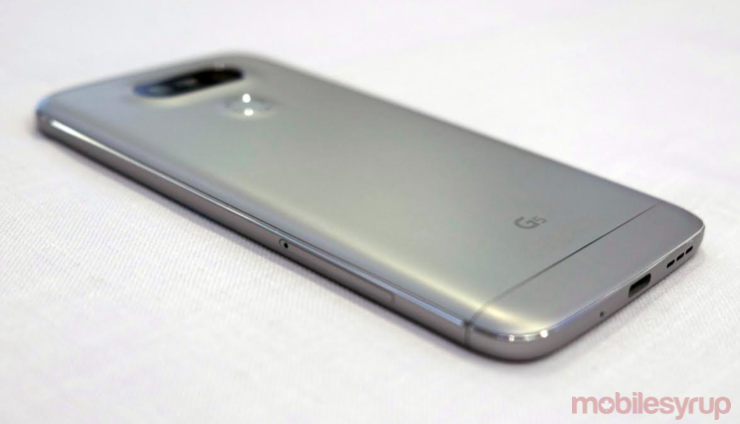 There’s also a USB Type-C port, and a microSD slot for users to add additional storage to their phone. The phone will ship with LG’s Android Marshmallow skin.

The QHD display has an always-on mode. According to LG, this feature only consumes 0.8 percent of the G5’s battery, thanks in part to the fact that only one third of the display is actually active in this mode. 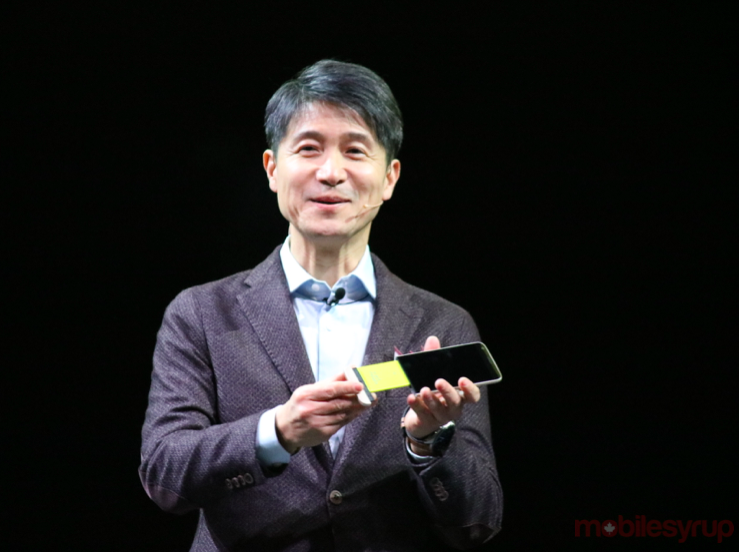 As seen in the leaks that have appeared online over the past couple of days, the G5 features two separate rear-facing cameras. There’s a standard 35mm equivalent lens with optical image stabilization that’s rated at 16 megapixels, and a 8-megapixel wide angle lens.

The company says the wide angle lens has a 135 degree field of view. On the front of the phone, there’s a 8-megapixel camera for all one’s selfie taking needs. 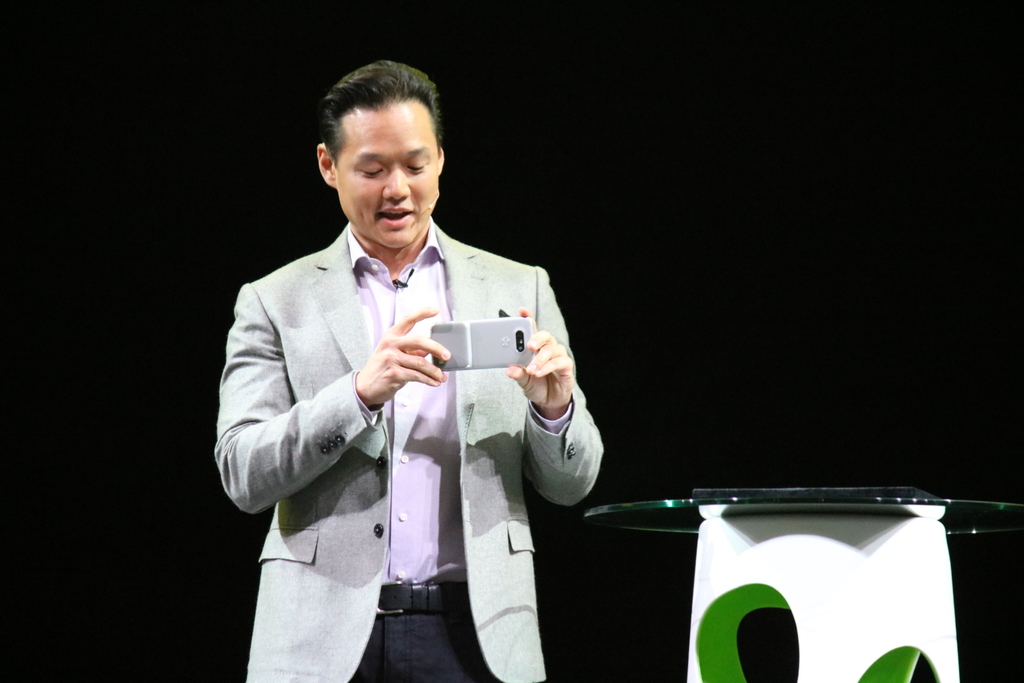 The company also announced a line of accessories called LG Friends, which are are a set of devices that connect to the G5 to extend its functionality. Taking advantage of the phone’s modular base, the user disconnects the phone’s battery and reattaches it to one of the accessories to extend the functionality of their phone.

One of those Friends is the LG Cam Plus, a module that adds dedicated camera controls, including a discrete shutter button, as well as an auxiliary power pack the phone can use to extend its battery life. 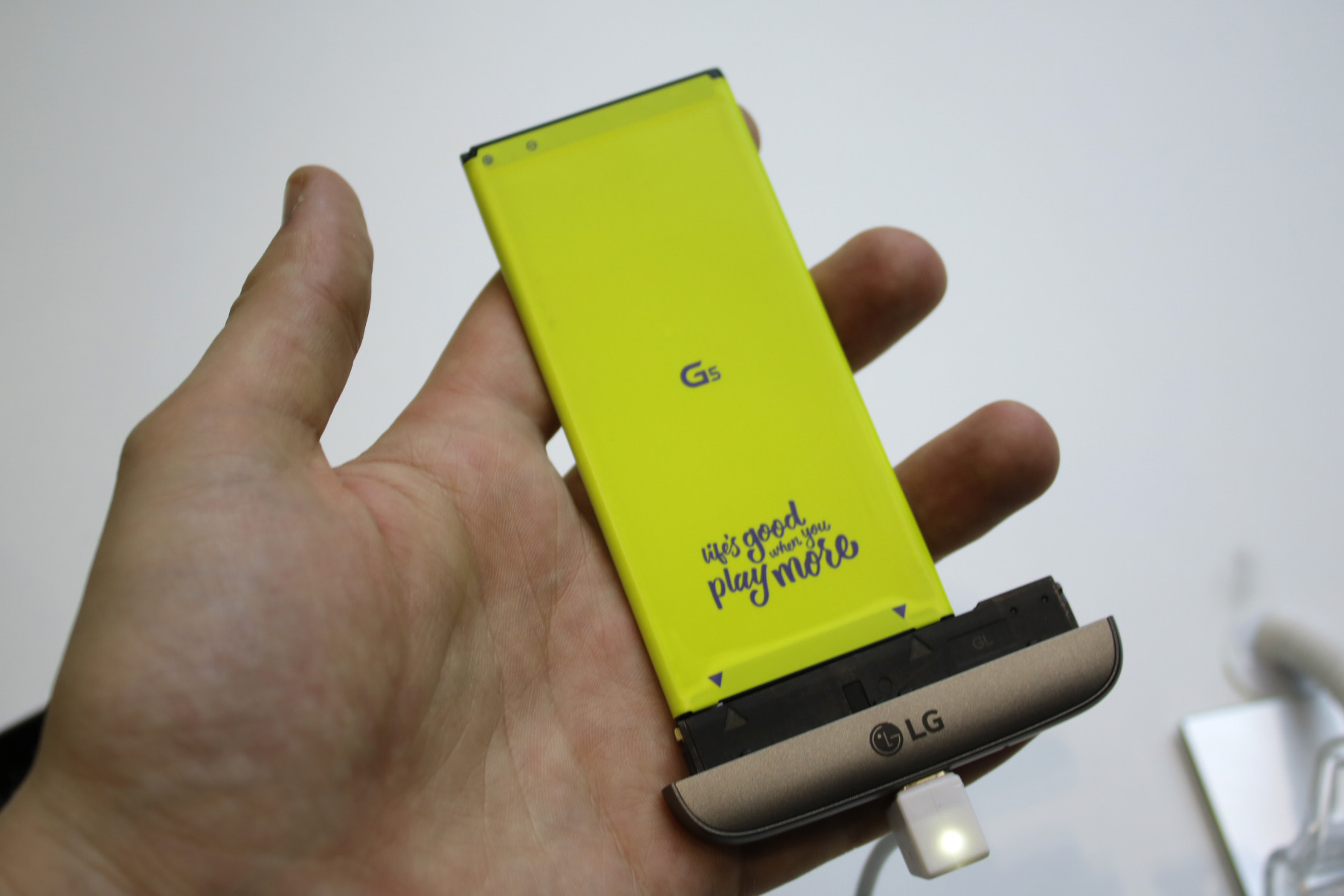 One of the other accessories the company plans to launch alongside the G5 is the LG Smart Controller. Similar to a remote control, the accessory allows G5 users to use their phone’s screen to see what their drone sees, as well as a joystick to control the UAV.

LG is launching the G5 in eight markets across the world. The phone will be available in pink, gold, charcoal and silver. When asked about pricing, LG Canada said it wasn’t ready to share details yet.

LG pulls out of MWC 2020 due to coronavirus concerns [Update]