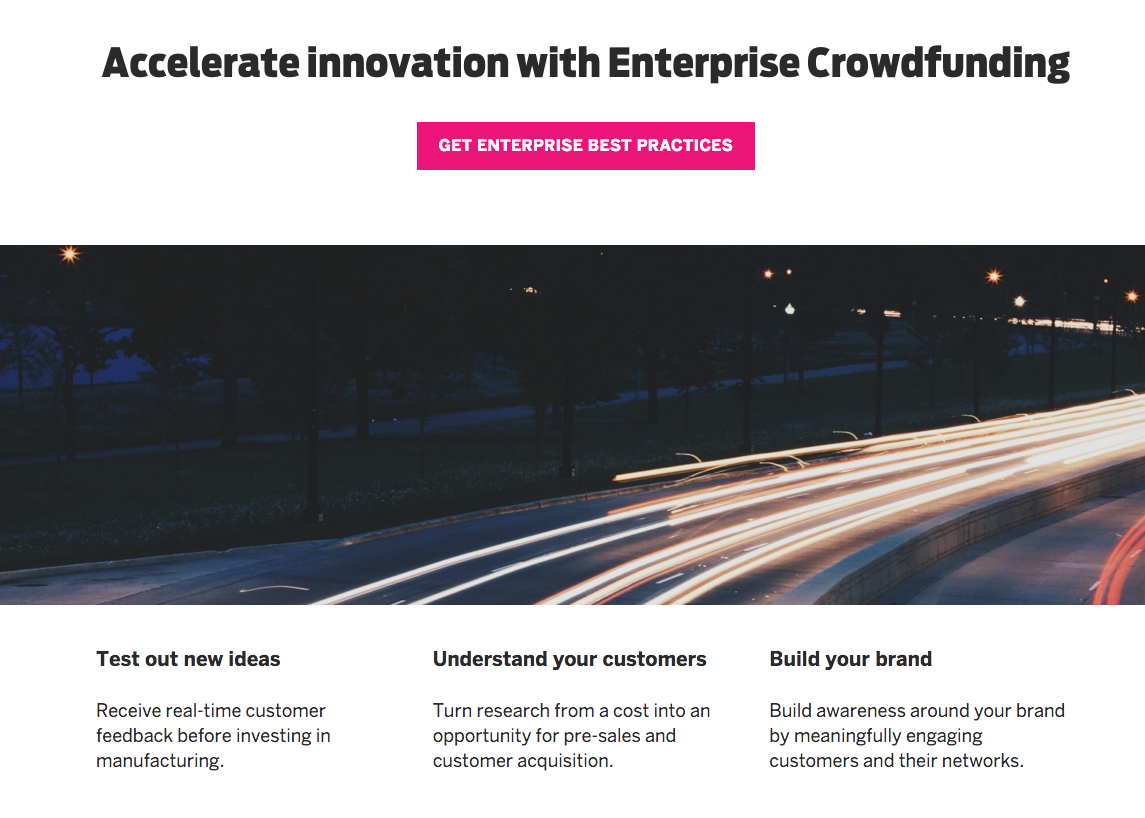 Companies like Kickstarter and RocketHub typically target startups and independent creators with their crowdfunding platforms, but Indiegogo has plans to take a different route with the launch of a new program.

The company has announced the launch of a new Enterprise Crowdfunding platform designed to encourage big companies to crowdfund their future product launches. Indiegogo says it has plans to help larger companies select the right projects to promote, and will also assist in setting up campaigns.

“Some of the world’s most successful companies are already using Indiegogo for product development, market research, and to support causes important to them. Now we’re taking that a step further with Enterprise Crowdfunding,” said Indiegogo CEO Slava Rubin in a statement sent to MobileSyrup.

The company has plans to kick off its new Enterprise Crowdfunding program with projects from GE, Harman, International industries, Hasbro and Shock Top.