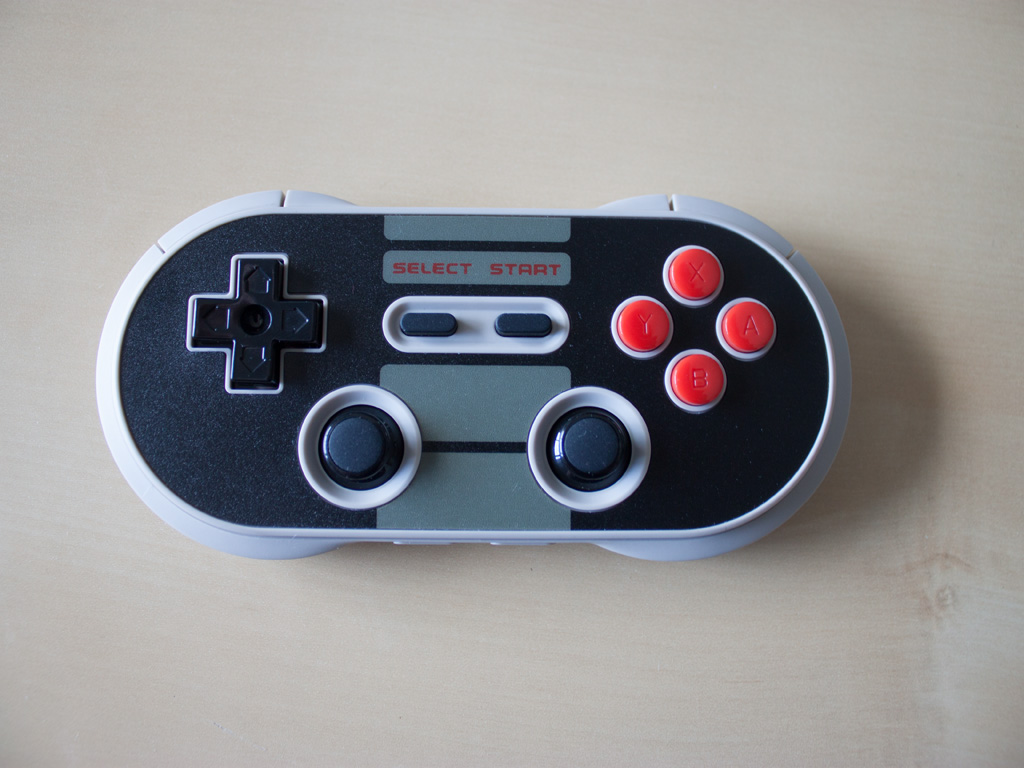 One glance at 8Bitdo’s NES30 Pro Controller, the successor to last year’s NES30 gamepad, and it will likely instantly look familiar to people who grew up during the 8-bit and 16-bit era of gaming.

The original NES30 was designed to aesthetically look like a Nintendo Entertainment System (NES) controller and with this new, improved version of the gamepad, 8Bitdo is also borrowing a dash of the Super Nintendo controller’s DNA. 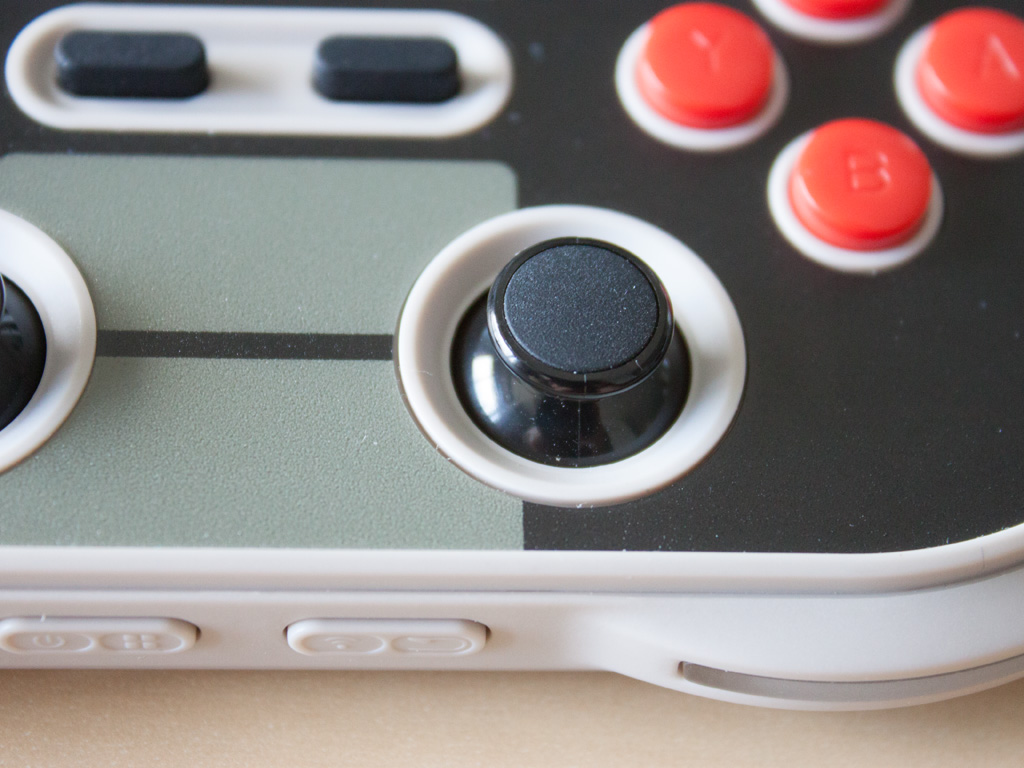 In terms of build quality, the NES30 Pro feels surprisingly solid and a step above last year’s offering. My only complaint about the controller’s body is that when you first start using the gamepad its face buttons feel rather stiff, although this becomes less of an issue the more you use it.

Additionally, while the NES30 Pro features the colours of a NES controller (or the Japanese Famicom version of the NES), its curved edges and ABXY button layout is pulled straight from the SNES’ gamepad. I’m a sucker for nostalgia so the NES30 Pro’s sleek throwback look is very appealing to me.

The controller also features two PlayStation Vita-inspired mini-joysticks and a standard D-pad. Unfortunately the gamepad’s joysticks don’t have a lot of give to them, but are more than maneuverable enough to play most games. Some people might have issues if they’re trying to play certain first-person shooter titles though. If you’re using the gamepad for retro gaming, you’re probably using the D-pad anyways. 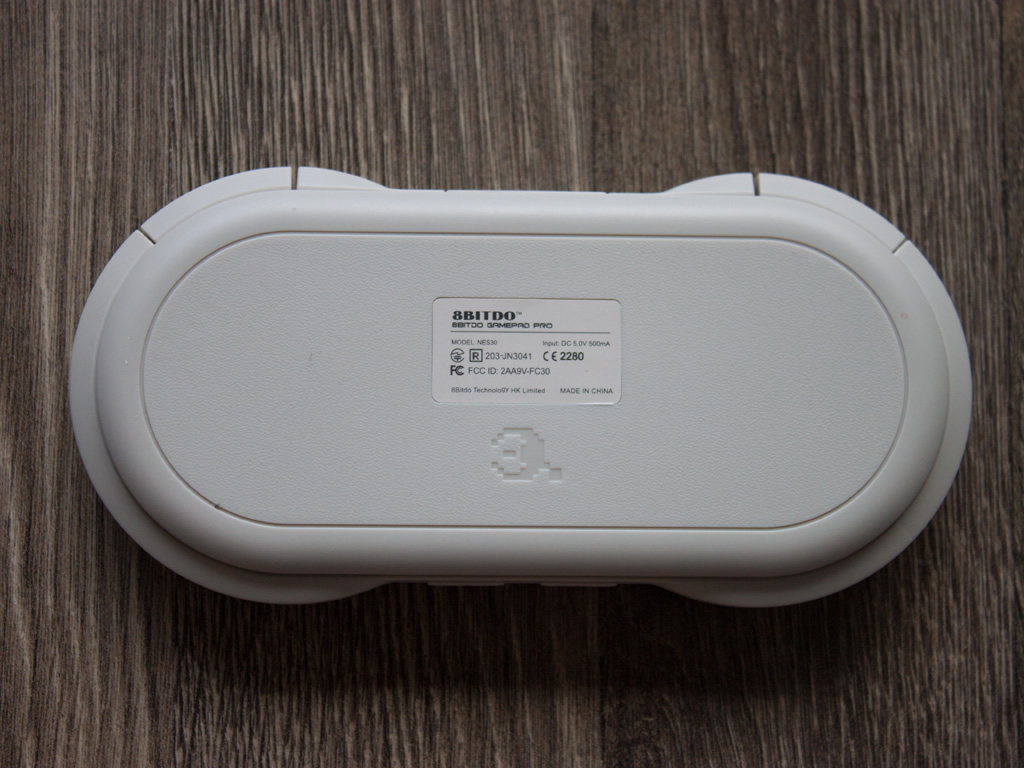 And while the NES30 Pro might look like a NES and SNES gamepad got together and had a modern, Bluetooth-enabled child, it’s actually much smaller than the retro controllers that inspired its creation, making 8Bitdo’s controller easy to slide into a pocket or even throw into a small backpack pocket.

So the controller looks great, functions excellently, and is reasonably affordable, coming in at about $50 USD. But one significant question still remains remains: what is it actually good for?

8Bitdo has designed its latest gamepad with universal compatibility in mind, and while the company has achieved this goal in some aspects of the NES30 Pro’s capabilities, its support for iOS is lacklustre and disappointing. 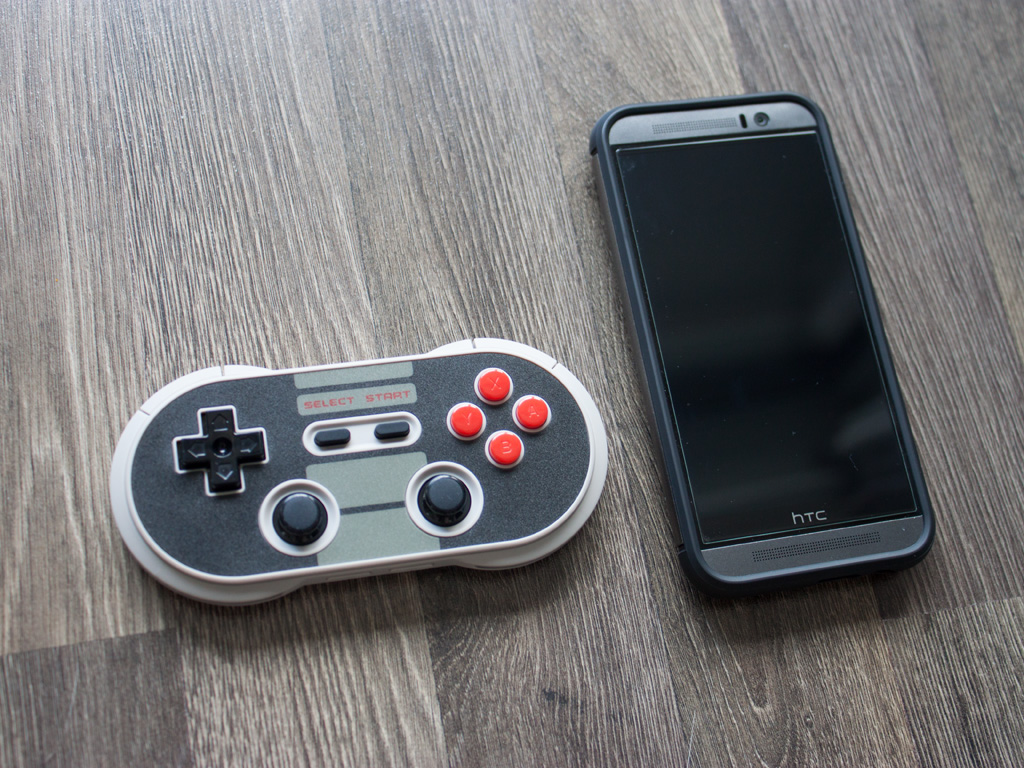 The NES30 Pro works great with PC games, particularly Steam supported titles (a wired connection is required though). But personally, when playing PC titles I’d typically rather just use a larger, more comfortable Xbox 360 gamepad. If you’re a PC emulator user you might find the NES30 Pro more useful with this particular platform.

Continuing with this emulation-focused train of thought, where this controller truly shines is playing retro emulators on an Android device. Apps like Mupen 64 Plus AE, SNES9X EX+ and even emulators that replicate more modern systems like the PSP (PPSSPP), work perfectly with the NES30 Pro and only require the user to button map the gamepad before jumping into a game (some automatically detect the controller as well).

Playing Super Mario 64 or Sonic on the go is a much more enjoyable experience with a physical controller (touchscreen controls are generally horrible for emulated console experiences), especially one that closely resembles the controllers many retro games were originally designed to be used with. 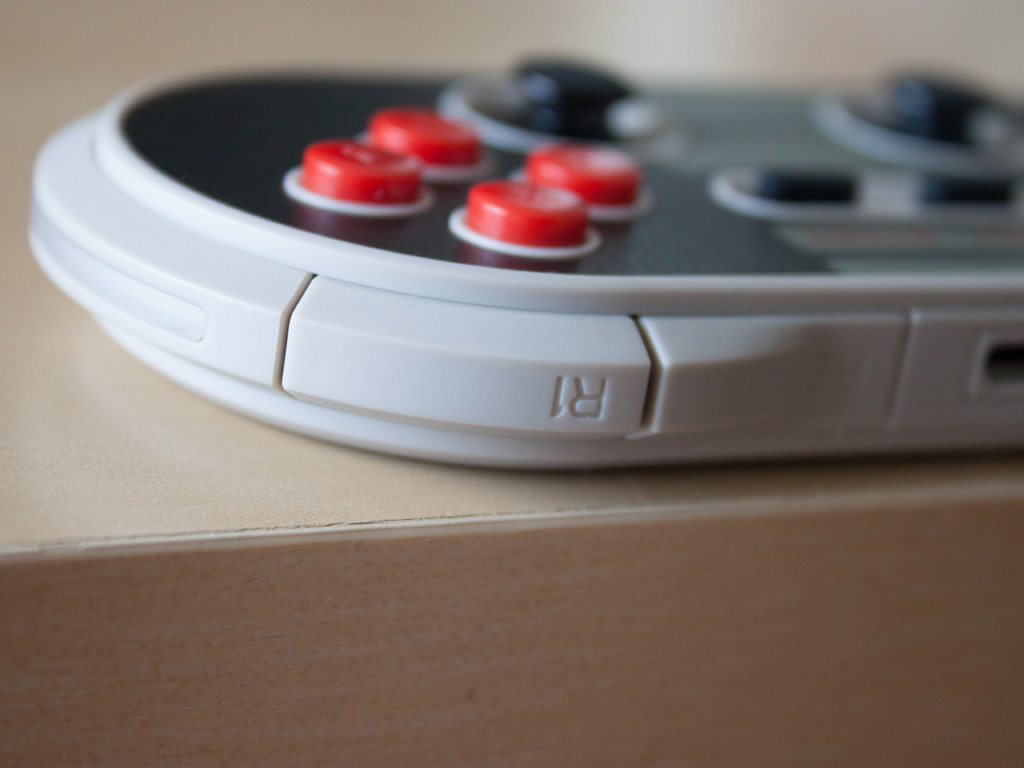 The controller is also compatible with any Android game that supports gamepads, although the button mapping process with these titles can sometimes be difficult. This means it works with console-to-mobile retro ports like Grand Theft Auto III and Max Payne (although again, using an Xbox 360 controller for games like this might be a better option for people with larger hands).

Continuing with the concept of universal compatibility, the NES30 Pro can also be used with iOS devices but disappointingly only with games that support the strange and not very popular iCade accessory. If you have a Jailbroken iPhone, the NES30 Pro will reportedly function in the same way that it does with Android devices (I wasn’t able to test this feature). 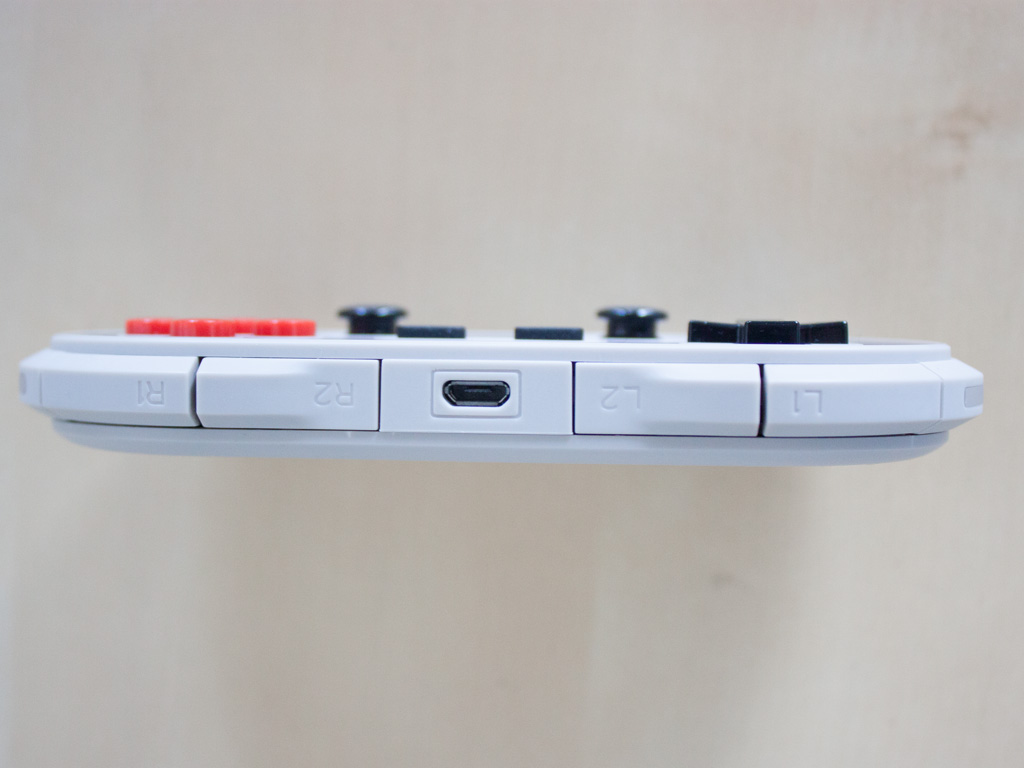 Limited iOS compatibility is a huge oversight on the part of 8Bitdo and probably the device’s most significant drawback. The company basically didn’t want to pay Apple’s likely hefty licensing fee to make the NES30 Pro an official iOS controller, so instead the company opted to only support only jailbroken devices.

8Bitdo offers a unique app that allows you to paste on-screen buttons over touchscreen controls, and then map those inputs to physical buttons, but this inventive way of adding controller support to games that don’t include the feature only works on a rooted Android device or a jailbroken iPhone/iPad.

The NES30 Pro also apparently works with the Wii and Wii U (there’s a video over at 8Bitdo’s  official YouTube channel of the controller working with the RetroN 5 retro video game console) but I was never able to get the controller to work with either of Nintendo’s consoles. 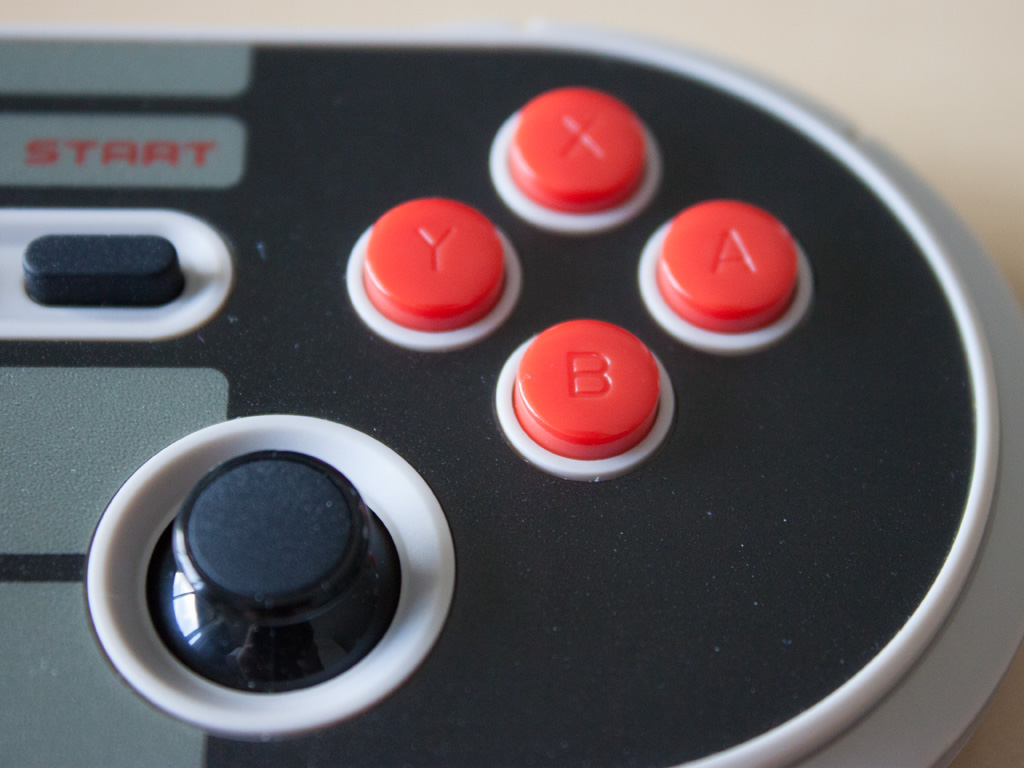 8Bitdo’s latest controller isn’t perfect, especially if you’re primarily an iOS user, but as a retro gaming aficionado who frequently games away on his Android device with emulators during my morning commute, the NES30 Pro is difficult to beat.

The gamepad’s retro aesthetic is beautiful and it feels like it’s been designed specifically with old school gaming in mind. Playing retro games on the go has become a much more enjoyable experience thanks to the latest version of 8Bitdo’s gamepad.

8BitDo launches a super tiny controller for the Switch