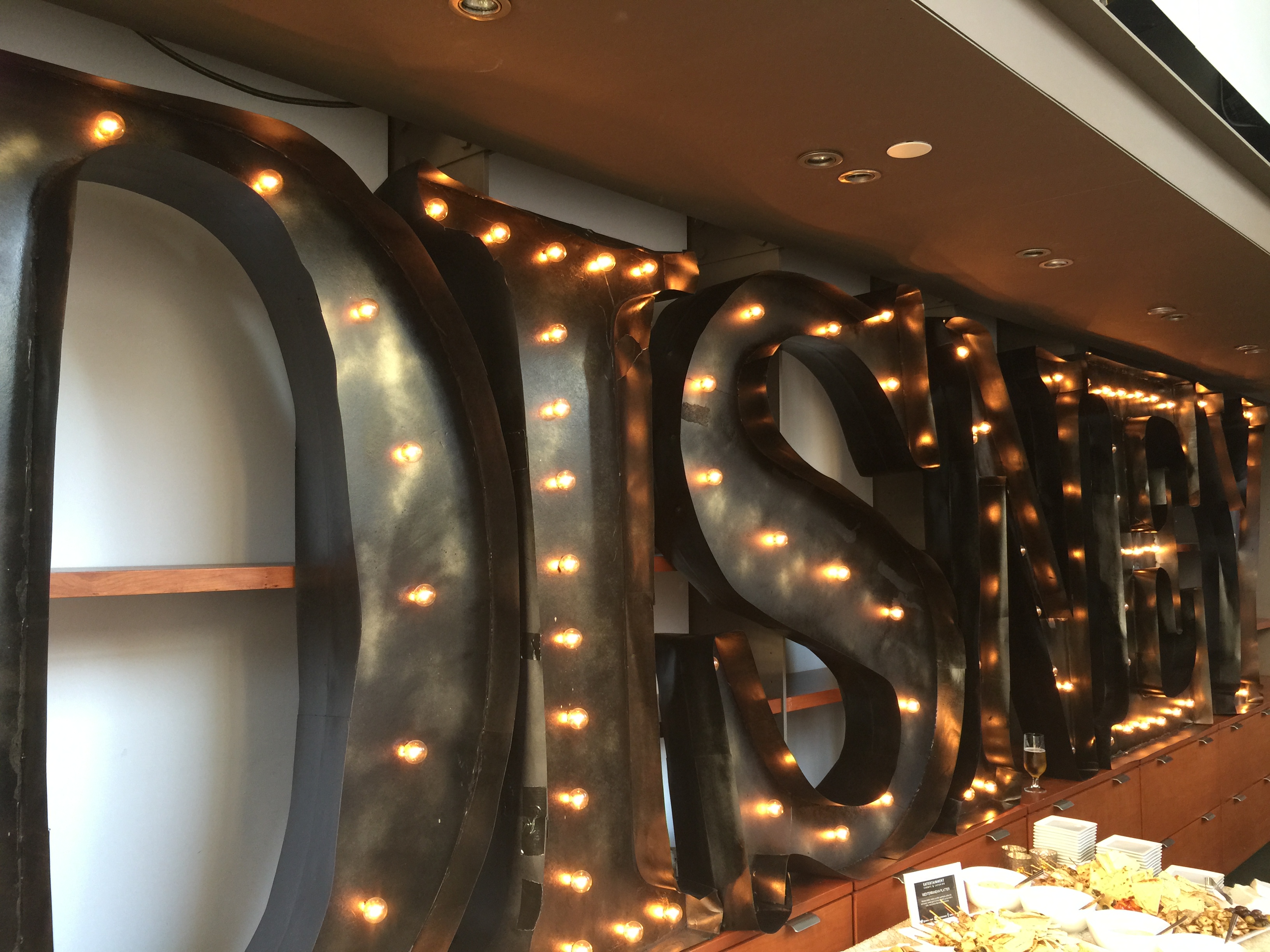 Where many wearable startups have promised to turn us into Iron Man, Disney has succeeded. The company has launched Playmation, its line of wearable and connected toys set to take roleplaying of Marvel, Star Wars and Frozen characters to the next level. And, as I found out in a hands-on with the Iron Man Repulsor, these toys can be just as much fun for adults as they are for the younger demographic.

Marvel’s Avengers is the first of many wearable toys expected from Disney. The story behind the Marvel Playmation toy series is that the Avengers need your help and are sending you gear developed in the Avengers Lab to give you the powers to do so. The first of this gear is the iconic Iron Man Repulsor which lets you shoot lasers and shield yourself from blasts just like Tony Stark. Disney has confirmed that the next gear to be released will be Hulk’s Gamma hands which will let you smash and bash your enemy. 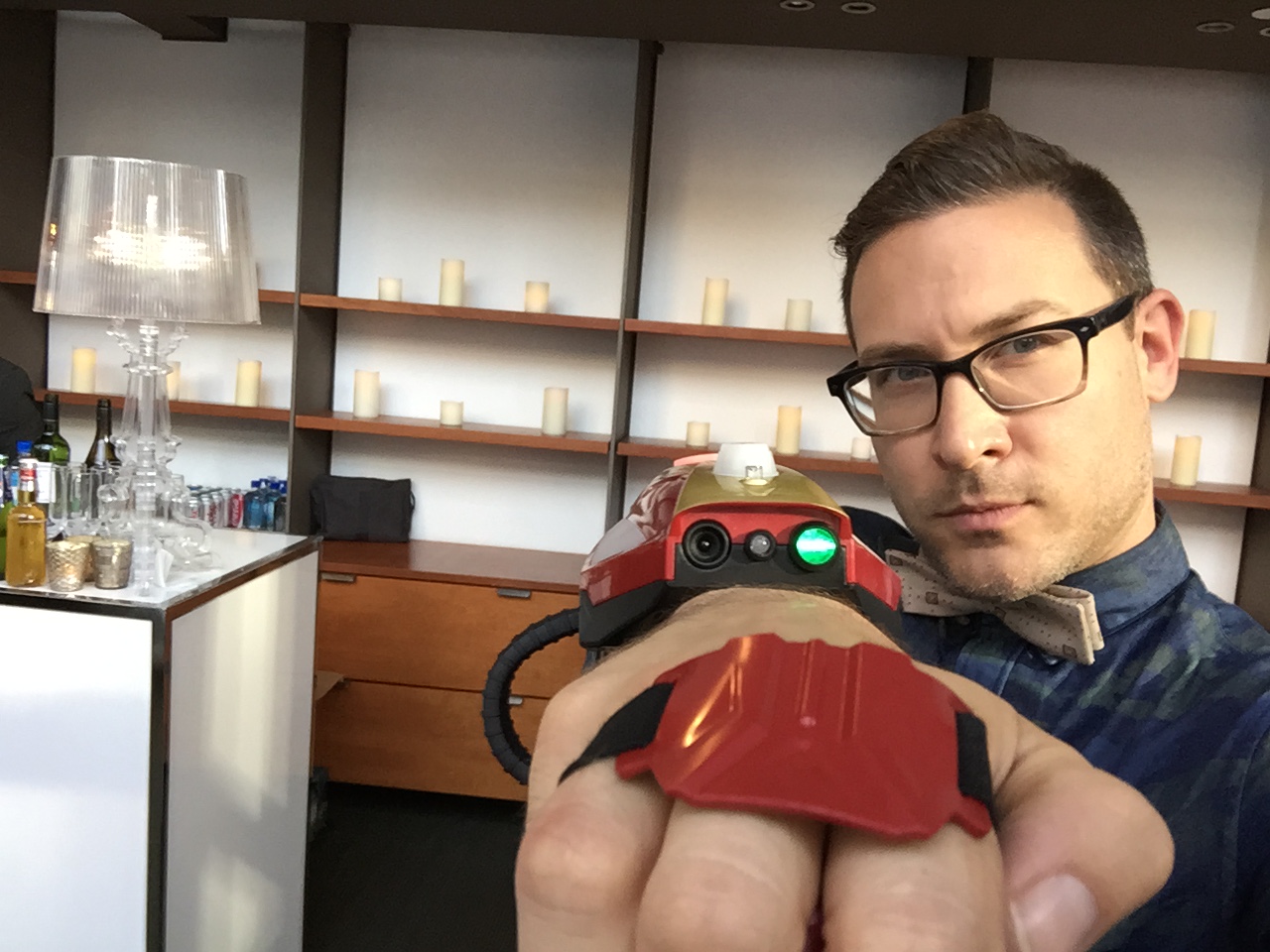 The Iron Man Repulsor fits like a glove around your arm. Thankfully Disney has made its Playmation wearable toys adjustable which made it very easy to fit around my non-kid arms, using the dial crank at the bottom of the glove to adjust the size. The Repulsor on the gear is connected to the three fingers of your hand which lets you lift it up when you raise your palm, just like in the movie.

The Repulsor is equipped with a motion sensor, haptics, a speaker and tons of lights, but is just one part of the overall Playmation experience. The other major components of the toy set are the smart figures which are connected to what Disney calls “power activators,” the bases which the figures snap into. The bases light up and make sounds and are the targets for game play with the wearable toy. The wearable and base station connect to each other using infrared technology with a range which changes depending on the light. Darker rooms have the most range but Disney has included an “outdoor” mode on the toy to help boost performance when the toy is being used in the sun. The toy set also uses Bluetooth to connect to the AvengersNet app where players can download new missions, view their scores and compare their achievements to friends. Disney confirmed that some of these new missions will be free but they may be exploring in-app purchases in the future.

Players can either choose to play a guided mission or free play. In mission mode, JARVIS will guide you on a journey to defeat Ultron which requires you to run around the room, hide behind furniture, dodge attacks, jump over obstacles and, of course, shoot your enemies. The wearable toy uses both the motion sensor and its infrared tech to monitor what you are doing, and react accordingly. One cool feature is the ability to find other Repulsors nearby to play with your friends in a combat training mode adding a social element to the toy. If you don’t want to fight against your friend you can also choose to pair up with them as part of the mission.

I got a chance to play with the Repulsor in free style and as you can see from some of the pics I got a little carried away. The toy is really immersive and I can definitely see a lot of parents purchasing it more for themselves than for their kids this holiday. Gone are the days of making “pew pew” sounds when pretending to shoot a weapon: the Repulsor made sounds right out of the movie and the flashing lights on both the gear and the activator add to the excitement. That being said, while the speaker on the gear which is closer to you was really easy to hear, sounds from the power activator, especially what the connected character was saying to me, couldn’t be heard in the room I was in (which to be fair was playing music and had a ton of people). The Disney rep assured me that at home or outside you’d be able to hear it just fine.

Beyond the lights and sound, what really made the wearable toy quite for me was the haptic feedback you received when you took a shot or were hit along with the responsiveness of the gesture control. You’ll find yourself grinning hard when you raise your hand to activate the palm repulsor, which is something you do a lot because, hey, you are Iron Man after all. And the best is that when you defeat your opponent, the figure vibrates and then pops out of the base to mark your success (I have to admit it took me a few times to get to this point). 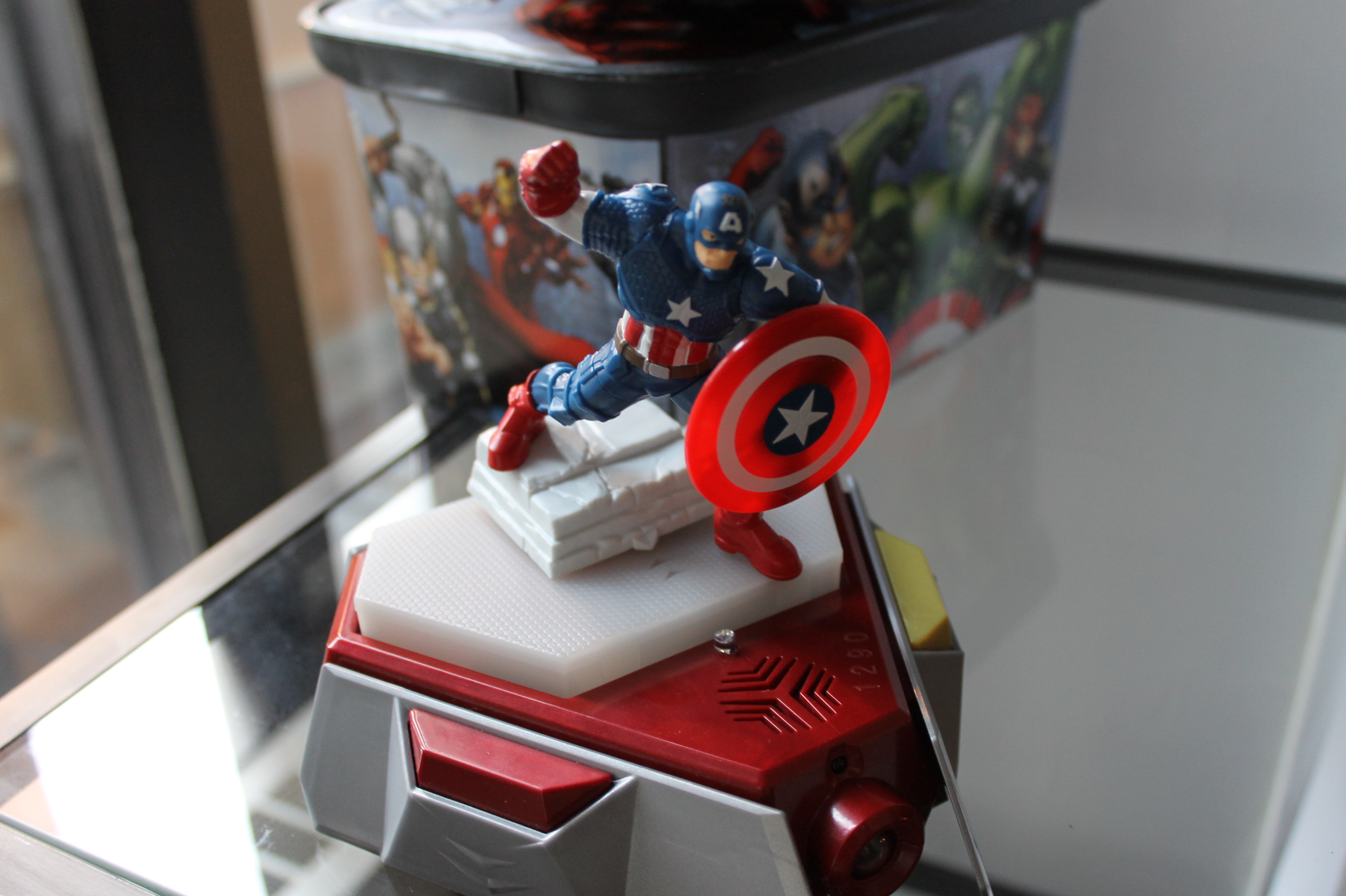 Disney will be opening pre-orders for the Marvel Avengers Starter Pack on July 7 which will include five connected toys: the Repulsor; two power activators; and two smart figures, Captain America and Iron Skull. It is expected to retail for $119.99 and will be available in October in Canada and the US, just in time for the holidays.

Disney will also be releasing additional figures for the Marvel toy set including my favorite, the Prowler Bot, a robot toy that moves around the room that you must destroy. After the Hulk gamma arms, the next franchise Playmation will hit is Star Wars in 2016 (so excited) followed by Frozen in 2017.